Return form will be sent to your email Id:
Want this item in next 24 hours?
Get an instant SMS with a link to download the Snapdeal App
+91
Please Enter a Valid 10 Digit Number.
Yes, Send Me A Link To The App
GET SMS
SDL821078787
{"SDL821078787":null}
Home
364, 4362, 4497, ,
/
Books
/
Non Fiction Books
/
History & Politics Books
/
A Brief History of Early Chinese Philosophy [Microform]
Compare Products
Clear All
Let's Compare!
Selection Error!
You have reached the maximum number of selection. You can select only upto 4 items to compare.
You have already selected this product.
OK
View Order 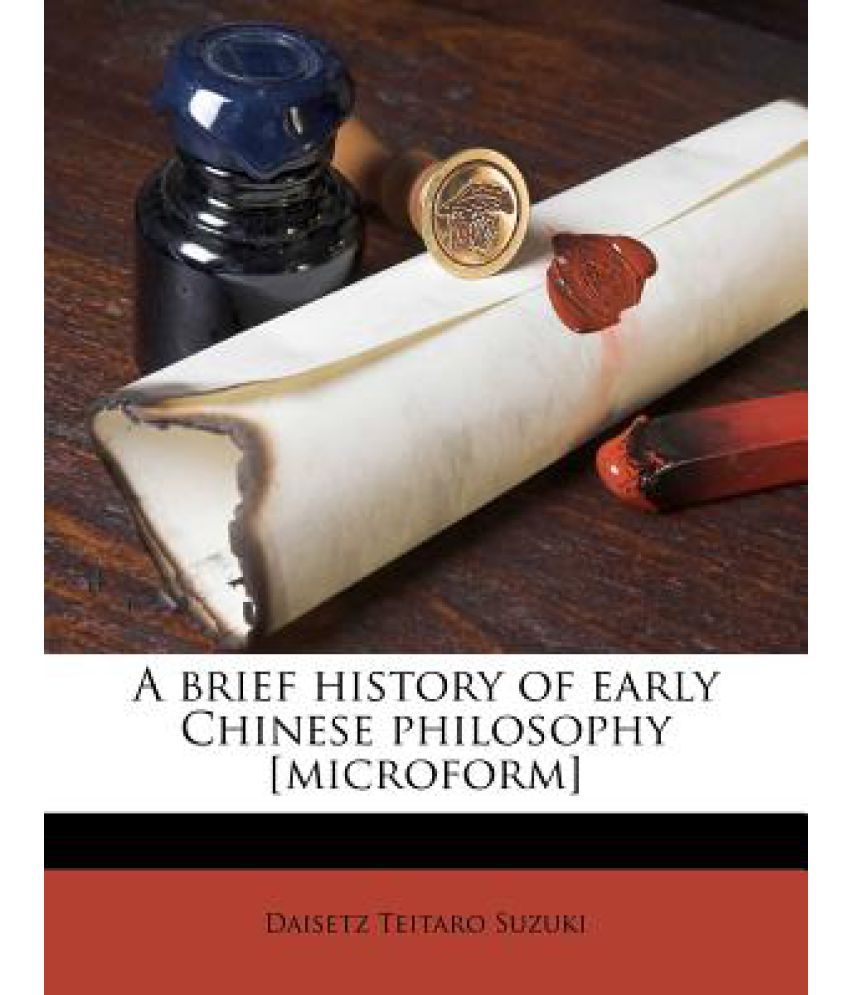 Daisetz Teitaro Suzuki was Japan's foremost authority on Zen Buddhism, and the author of over 100 works on the subject. He was trained as a Buddhist disciple in the great Zen monastery at Kamakura. From 1897 to 1908 he worked in the United States as an editor and translator, and later became a lecturer at Tokyo Imperial University. In 1950, at 80, he returned to the United States and spent most of the decade teaching, lecturing, and writing, particularly at Columbia and Harvard. Returning to Japan, he died in Tokyo in 1966 at the age of 95.
Christopher Reed has been teaching Buddhism and Buddhist meditation for 15 years. He received transmission as a Dharma teacher from Zen master Thich Nhat Hanh. He has been influenced by the tradition of socially/politically engaged Buddhism, and works toward the integration of traditional Buddhist teaching with the demands of everyday life. He is co-founder and director of the Ordinary Dharma Meditation Center in Los Angeles and the Manzanita Village Retreat Center in San Diego.