Return form will be sent to your email Id:
Want this item in next 24 hours?
Get an instant SMS with a link to download the Snapdeal App
+91
Please Enter a Valid 10 Digit Number.
Yes, Send Me A Link To The App
GET SMS
SDL513971351
{"SDL513971351":null}
Home
364, 366, 4403, 46105650, ,
/
Books
/
Academic Texts
/
Humanities Books
/
History Books
/
A Brief History of Time from the Big Bang to Black Holes
Compare Products
Clear All
Let's Compare!
Selection Error!
You have reached the maximum number of selection. You can select only upto 4 items to compare.
You have already selected this product.
OK
View Order 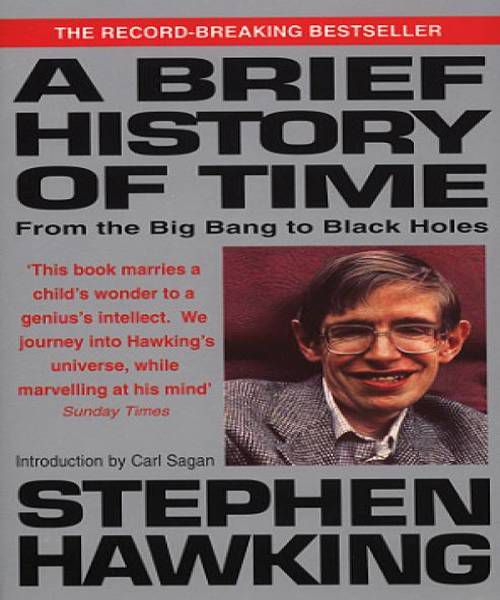 Was there a beginning of time? Could time run backwards? Is the universe infinite or does it have boundaries? These are just some of the questions considered in an internationally acclaimed masterpiece by one of the world's greatest thinkers. It begins by reviewing the great theories of the cosmos from Newton to Einstein, before delving into the secrets which still lie at the heart of space and time, from the Big Bang to black holes, via spiral galaxies and strong theory. To this day A Brief History of Time remains a staple of the scientific canon, and its succinct and clear language continues to introduce millions to the universe and its wonders.

About the Author:
In 1963, Stephen Hawking contracted motor neurone disease and was given two years to live. Yet he went on to Cambridge to become a brilliant researcher and Professorial Fellow at Gonville and Caius College. He held the post of Lucasian Professor of Mathematics and Theoretical Physics at Cambridge, the chair held by Isaac Newton in 1663, for thirty years. Professor Hawking has over a dozen honorary degrees, was awarded the CBE in 1982. He is a fellow of the Royal Society and a Member of the US National Academy of Science.