Sorry! A Complete Concordance to Science and Health, with Key to the Scriptures is sold out. 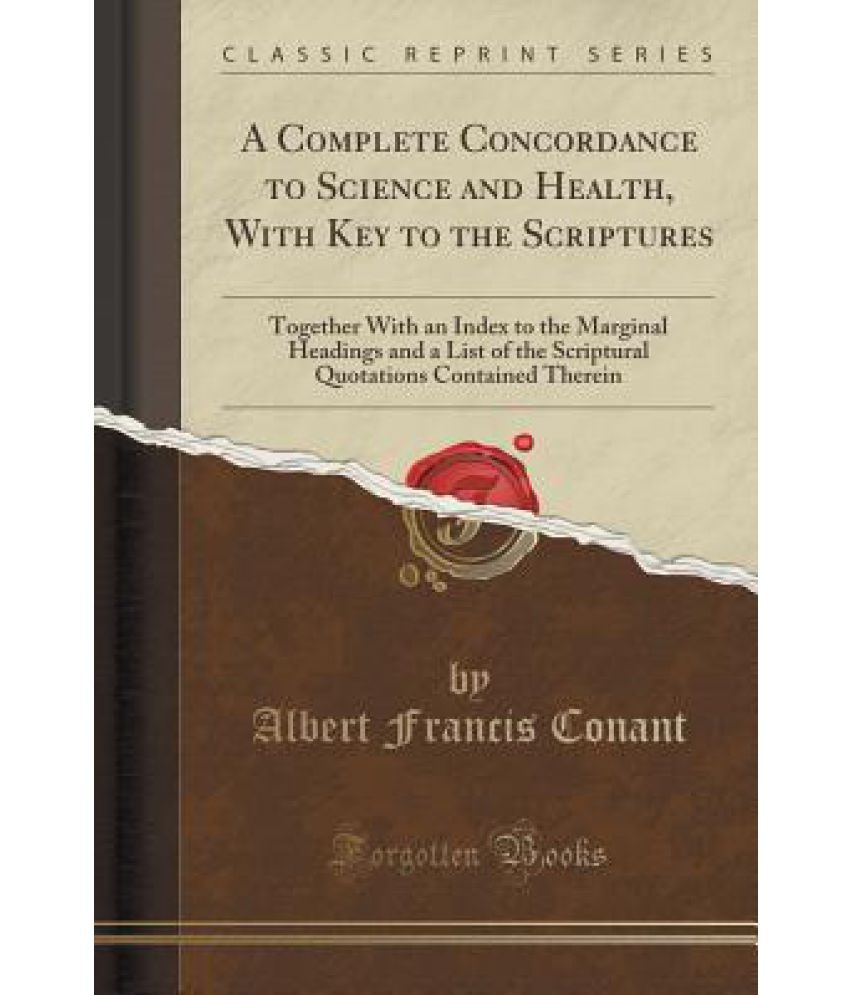 A Complete Concordance to Science and Health, with Key to the Scriptures

This product has been sold out
serviceCentreDetails
Be the first to review
Have a question?
pay
Rs  1,654
We will let you know when in stock
notify me
Thank you for your interest

Excerpt from A Complete Concordance to Science and Health, With Key to the Scriptures: Together With an Index to the Marginal Headings and a List of the Scriptural Quotations Contained Therein
This Concordance contains every noun, verb, adjective, and adverb in science and health, together with certain pronouns, prepositions, and con junctions, which were deemed of sufficient importance to be introduced.
The numbers indicating page and line refer to the word under consideration and not necessarily to the beginning of the line quoted.
The letters preceding the numbers are abbreviations of the chapters where the references are to be found. A following a page number indicates that the reference is in the quotation in italics at the head of the chapter indicated.
A special feature of the work is to be found in the fact that every noun of frequent occurrence is provided with sub - titles. These sub-titles are arranged in alphabetical order, under their respective nouns, and consist of adjectives or other qualifying words or phrases, preserving in every case the exact phraseology of science and health. By this method, all that the author of the Christian Science textbook has said on any given subject will be found grouped in one place. For example: the spiritual man is often referred to as the idea of God. More than twenty references to this subject will be found in the sub - title idea of under the principal word God. The sub-titles also enable those who are familiar with the text to look up passages by means of such words as God, Life, Truth, Love, Mind, matter, error, etc., without searching through several hun dred references.
A few adjectives also, such as human, material, mortal, spiritual, etc., are furnished with sub-titles.
Certain words occurring in some places as nouns, are used in other places as verbs or adjectives. For example: the word healing is used as a noun, an adjective, and a participle. All such words appearing more than fifty times are classified and grouped under their respective parts of speech. If used less than fifty times in all, these words are not so separated.
Every reference to the author of science and health will' be found under the heading Eddy, Mrs. Mary Baker G.
About the Publisher
Forgotten Books publishes hundreds of thousands of rare and classic books. Find more at www.forgottenbooks.com
This book is a reproduction of an important historical work. Forgotten Books uses state-of-the-art technology to digitally reconstruct the work, preserving the original format whilst repairing imperfections present in the aged copy. In rare cases, an imperfection in the original, such as a blemish or missing page, may be replicated in our edition. We do, however, repair the vast majority of imperfections successfully; any imperfections that remain are intentionally left to preserve the state of such historical works.