Sorry! A Journal of a Residence in the Esmailla of Abd-El-Kader and of Travels in Morocco and Algiers is sold out. 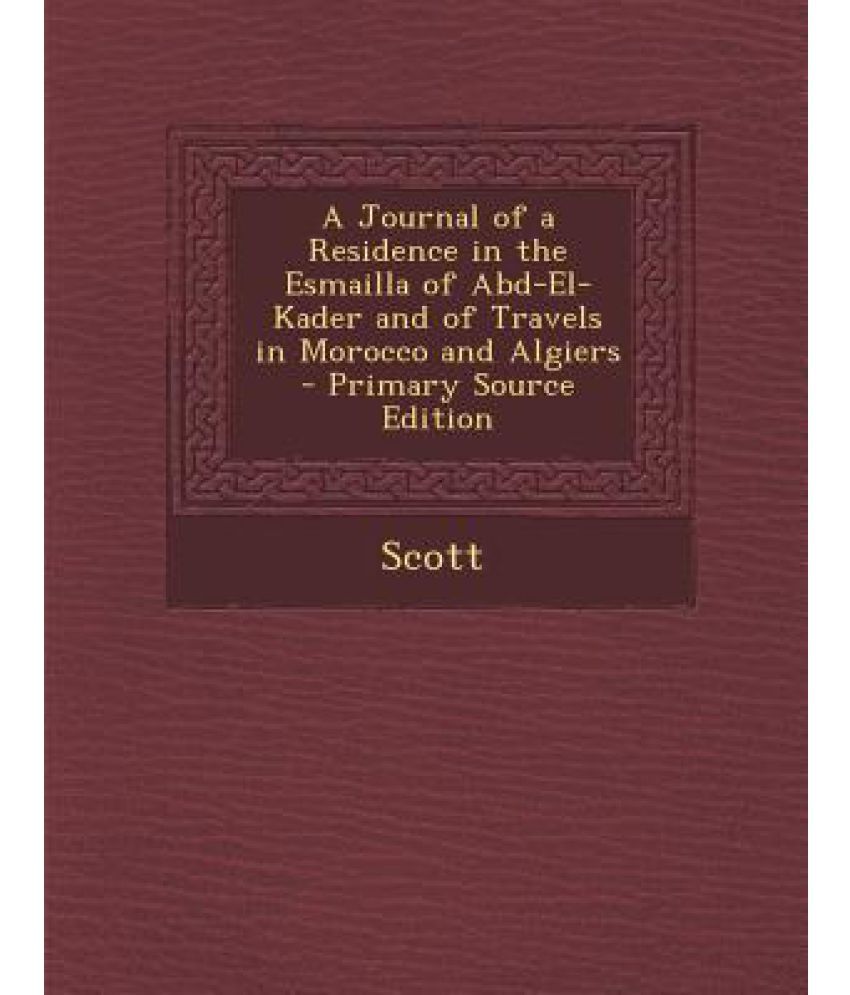 This product has been sold out
serviceCentreDetails
Be the first to review
Have a question?
pay
Rs  1,365
We will let you know when in stock
notify me
Thank you for your interest

Some of Helen Scott's earliest memories are of playing under her grandmother's large quilting frames. There she worked on her quilts and those made by her daughters. When Helen started quilting in 1960, she chose applique. Having painted with oils, pastels, and watercolors for many years, Helen found that applique was like painting with cloth. She started teaching embroidery applique and quilting classes in 1982.

Scott worked for mass circulation tabloids on both sides of the Atlantic for many years. His varied career has included jobs as photo editor, cartoon editor, art editor, book editor, speical features editor. He was also senior editor responsible for developing story ideas for a publication selling more than 5 million copies a week during his tenure. For the past 15 years he has worked as a freelance journalist for markets both here, and in Europe.