Return form will be sent to your email Id:
Want this item in next 24 hours?
Get an instant SMS with a link to download the Snapdeal App
+91
Please Enter a Valid 10 Digit Number.
Yes, Send Me A Link To The App
GET SMS
SDL662283642
{"SDL662283642":null}
Home
364, 365, 46102004, ,
/
Books
/
Fiction Books
/
Poetry
/
A Voice of the Universe
Compare Products
Clear All
Let's Compare!
Selection Error!
You have reached the maximum number of selection. You can select only upto 4 items to compare.
You have already selected this product.
OK
View Order 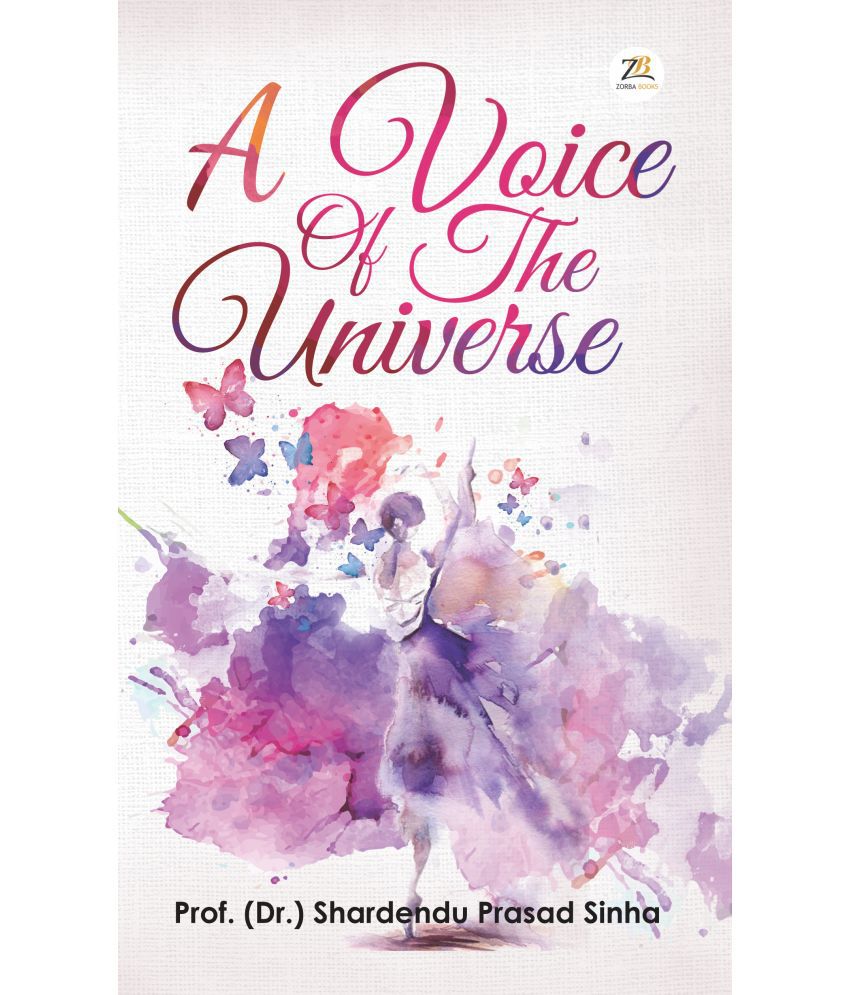 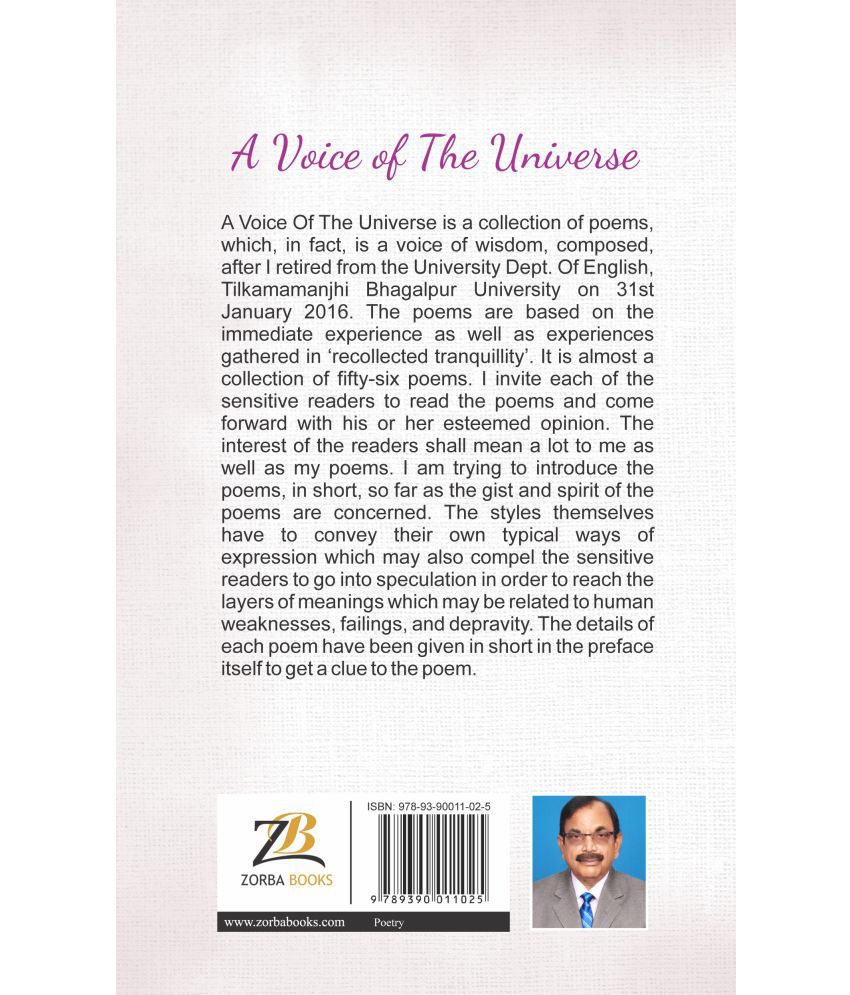 A Voice of the Universe

A collection of poems by Prof Sinha A Voice Of The Universe is a collection of poems, which, in fact, is a voice of wisdom, composed, after I retired from the University Dept. Of English, Tilkamamanjhi Bhagalpur University on 31st January 2016. The poems are based on the immediate experience as well as experiences gathered in ‘recollected tranquillity’. It is a collection of fifty-six poems. I invite each of the sensitive readers to read the poems and come forward with his or her esteemed opinion. The interest of the readers shall mean a lot to me as well as my poems. I am trying to introduce collection of poems, in short, so far as the gist and spirit of the poems are concerned. The styles themselves have to convey their own typical ways of expression which may also compel the sensitive readers to go into the speculation in order to reach the layers of meanings which may be related to human weaknesses,failings, and depravity. The details of each poem have been given in short in the preface. This I am doing, of course, on the demand of a section of readers as some found it hard to understand the use of symbols and images in the poems.

A Voice of the Universe