Return form will be sent to your email Id:
Want this item in next 24 hours?
Get an instant SMS with a link to download the Snapdeal App
+91
Please Enter a Valid 10 Digit Number.
Yes, Send Me A Link To The App
GET SMS
SDL963720861
{"SDL963720861":null}
Home
364, 378, 4480, ,
/
Books
/
Hobby & Craft Books
/
Music, Films & Entertainment Books
/
Adrishya
Compare Products
Clear All
Let's Compare!
Selection Error!
You have reached the maximum number of selection. You can select only upto 4 items to compare.
You have already selected this product.
OK
View Order 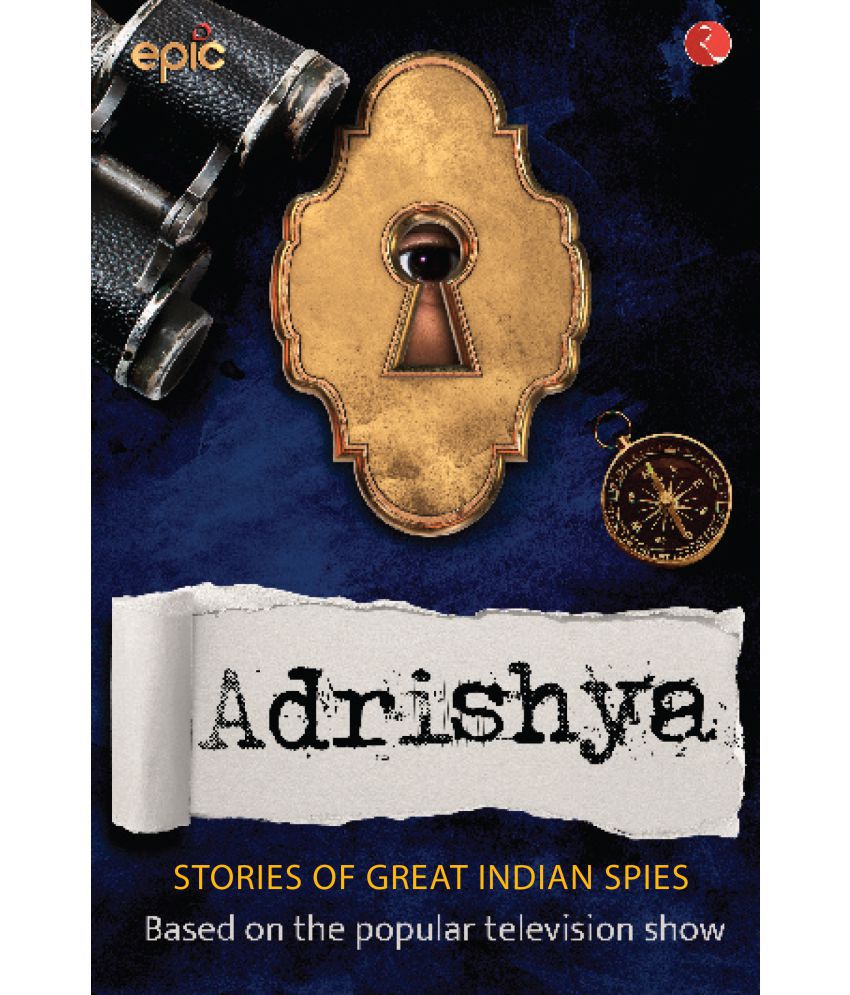 Not all wars are won on the battlefield and not all soldiers fight in combat. Some remain invisible, away from direct combat, and yet risk their lives to protect the honour of their king and country. These are the faceless heroes of war—the spies—who collect classified information about the enemy, skilfully helping the ruler and the government of the land to safeguard their own territory.

Packed with action, Adrishya is a collection of India's greatest spy stories. It captures the lives of spies—extraordinary men and women—through the danger, the fear and the triumphs. It narrates their heroic acts and follows them as they travel through dangerous landscapes, slip into disguises and hoodwink enemy soldiers. Starting off with India's first spy from the Mahabharata to the RAW officials of the 1971 war, this book is a collection of real spy stories which will entertain and inspire at the same time.

Launched in November 2014, EPIC Television Channel is India’s leading factual entertainment platform. An India-centric content-driven destination, EPIC has redefined the infotainment genre by being the only native Hindi language medium in its league. The channel has been bestowed with several accolades, including the prestigious 12 PromaxBDA Award across various categories as well as the Indian Television Academy Award for the show Stories by Rabindranath Tagore. Famed for its inaugural history and focus on mythology, EPIC has recently elevated its brand proposition and now showcases a wide array of original content across various genres. This critically acclaimed channel has expanded the scope of its offerings by including within its programming repertoire an eclectic mix of non-fiction content that aspires to imbibe the diversity of India.

EPIC has an extensive catalogue of original programming and a reputation for excellence in premium factual content that celebrates, explores, discovers and inspires India through untold stories, facts and possibilities—a channel which tells the story of the people, for the people and by the people of India.