Sorry! Altars Of Yearning: How India Prays is sold out. 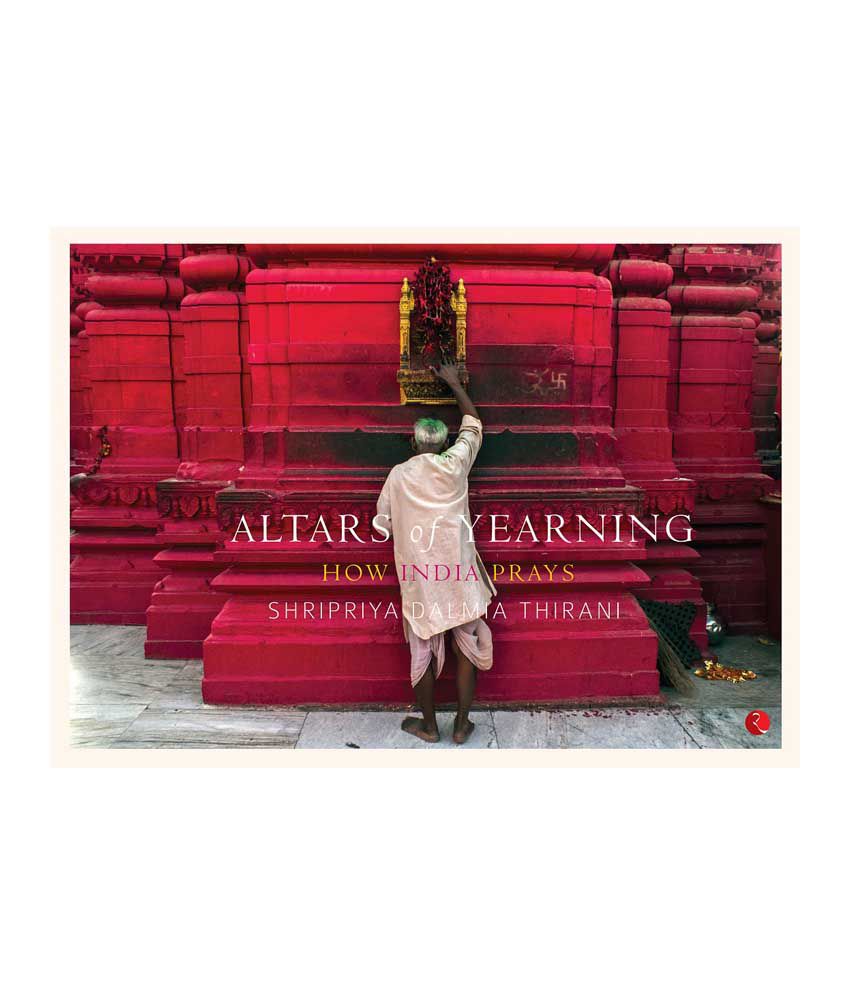 Altars Of Yearning: How India Prays

This product has been sold out
serviceCentreDetails
Be the first to review
Have a question?
pay
Rs  2,143
We will let you know when in stock
notify me
Thank you for your interest

Shripriya Dalmia Thirani has been instrumental in commissioning a stunning body of photographic works that glorifies India's true power-its secularity and its belief in the power of prayer. It all began in April 2017, when Shripriya created history by winning the rights to start Mumbai's first and largest restaurant on the Arabian Sea-Queensline. The first thing she did after hearing the news was pray. For Shripriya, prayer is the greatest art form; like art, prayer also expresses the inner yearning of the human soul.
This book reveals how faith connects man to God; however, this book is not an assertion of a religion. From Bangla to Maharashtra, Bihar to Uttar Pradesh, Ladakh to Bhubaneshwar, Varanasi to Chennai, this extraordinary collection of photographs strongly asserts India's true identity through a single binding institution-prayer. The intensity of purpose behind every shot, the powerful storytelling and the depth of reason-Shripriya's repertoire demonstrates a precocious flair as well as Shripriya's feverish energy and boundless invention. The photographs are majestic. The idea behind each composition is unprecedented and the images-most of which are candid and captured with tremendous sensitivity-will leave you spellbound.
This book is the ultimate tribute to the power of faith, and is especially significant in a country like India, which is the birthplace of four of the world's major religions-Hinduism, Buddhism, Jainism and Sikhism.

SHRIPRIYA DALMIA THIRANI is an award-winning entrepreneur who is best known for her famous brand Queensline, which operates Mumbai's largest two restaurants on sea. She completed her Bachelors of Business Administration from IILM, which is affiliated to the University of Bradford, and went on to pursue MBA from Symbiosis, Pune. A trained graphic designer from Wigan and Leigh, she also runs a very successful film distribution firm-Nanu Productions.
She lives in Delhi with her husband and three children. This is her first book.