Return form will be sent to your email Id:
Want this item in next 24 hours?
Get an instant SMS with a link to download the Snapdeal App
+91
Please Enter a Valid 10 Digit Number.
Yes, Send Me A Link To The App
GET SMS
SDL909586224
{"SDL909586224":null}
Home
364, 365, 46102005, ,
/
Books
/
Fiction Books
/
Humour
/
Blank
Compare Products
Clear All
Let's Compare!
Selection Error!
You have reached the maximum number of selection. You can select only upto 4 items to compare.
You have already selected this product.
OK
View Order 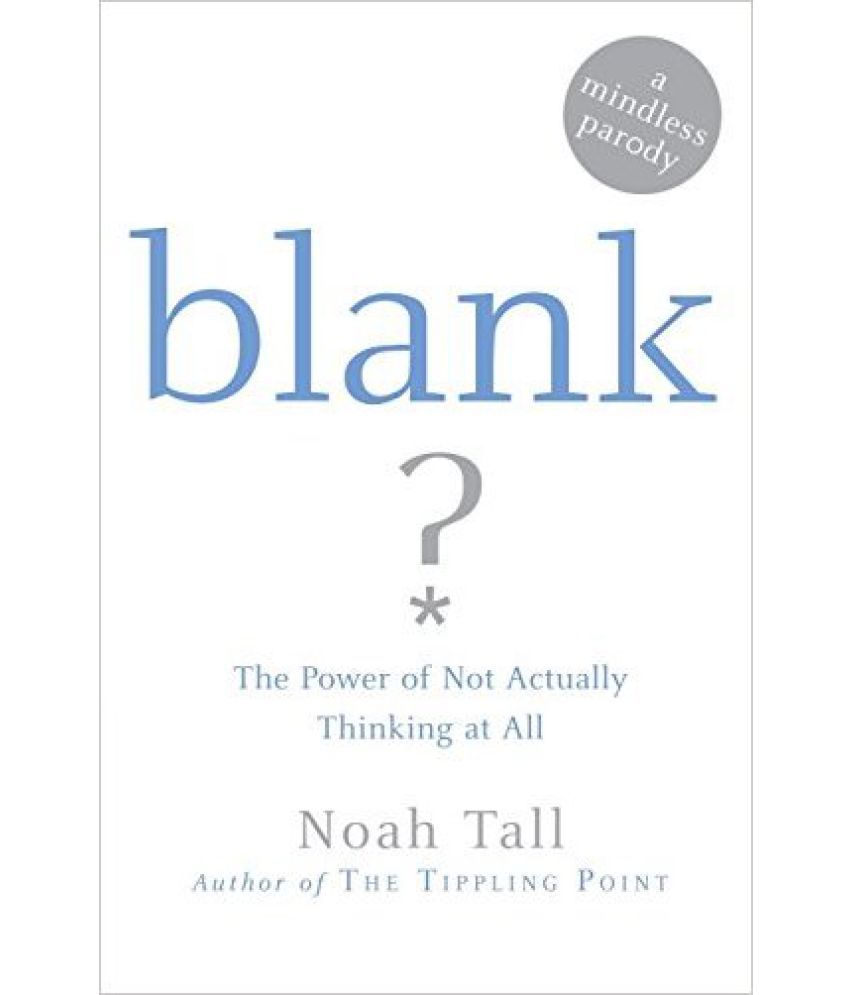 Stop! Don't think! You already know what this book is about. That is the power of Blank: the power of not actually thinking at all. Using what scientific researchers call 'Extra Lean Deli Slicing' (or would, if they actually bothered to research it), your brain has already decided whether you're going to like Blank, whether its cover goes with your shirt, and whether it will make you look smart if somebody sees you reading it on the train.

Chances are you and your shirt are both liking it a lot, you're going to buy several copies, and you don't even know why! That's why you've absolutely got to read Blank: to find out why your brain keeps doing these wacky things without your permission. In Blank, a hilarious parody of the No. 1 bestseller it looks eerily like (and sort of rhymes with) and that your brain wisely advised you to just read a review or magazine excerpt about while avoiding the actual book itself, the brilliantly impulsive and slightly irresponsible Noah Tall explains how people as diverse as General Custer, Roy Rogers, a semi famous rock star, and the entire New York City Police Department either won big or lost miserably as a result of their minds going completely blank.

Noah Tall is a longtime subscriber to The New Yorker and other magazines that people leave on their coffee tables when they want to look smart. He has also been a member of NAMES, the dyslexic branch of MENSA, since 1598. He is the author of the highly acclaimed national bestseller The Tippling Point, which has yet to be published.