Return form will be sent to your email Id:
Want this item in next 24 hours?
Get an instant SMS with a link to download the Snapdeal App
+91
Please Enter a Valid 10 Digit Number.
Yes, Send Me A Link To The App
GET SMS
SDL229307334
{"SDL229307334":null}
Home
364, 366, 4403, 46105652, ,
/
Books
/
Academic Texts
/
Humanities Books
/
Literature Books
/
Body of Victim, Body of Warrior
Compare Products
Clear All
Let's Compare!
Selection Error!
You have reached the maximum number of selection. You can select only upto 4 items to compare.
You have already selected this product.
OK
View Order 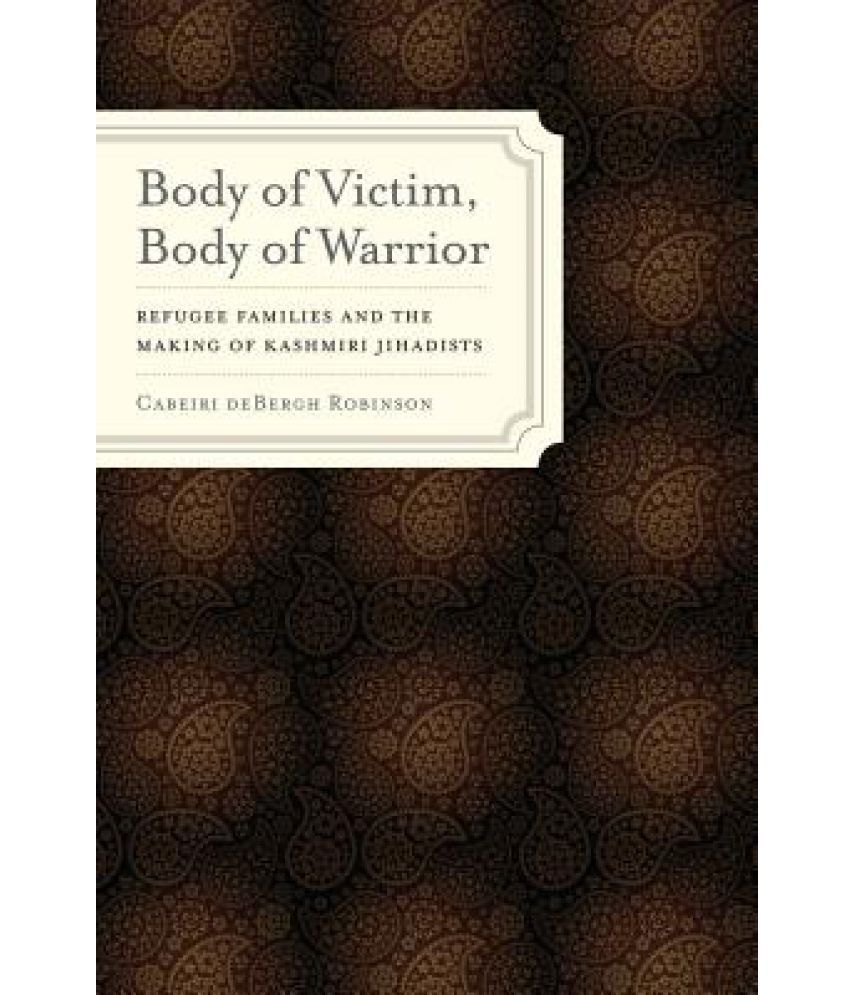 Body of Victim, Body of Warrior

This book provides a fascinating look at the creation of contemporary Muslim jihadists. Basing the book on her long-term fieldwork in the disputed borderlands between Pakistan and India, Cabeiri deBergh Robinson tells the stories of people whose lives and families have been shaped by a long history of political conflict. Interweaving historical and ethnographic evidence, Robinson explains how refuge-seeking has become a socially and politically debased practice in the Kashmir region and why this devaluation has turned refugee men into potential militants. She reveals the fraught social processes by which individuals and families produce and maintain a modern jihad, and she shows how Muslim refugees have forged an Islamic notion of rightsa hybrid of global political ideals that adopts the language of human rights and humanitarianism as a means to rethink refugees positions in transnational communities. Jihad is no longer seen as a collective fight for the sovereignty of the Islamic polity, but instead as a personal struggle to establish the security of Muslim bodies against political violence, torture, and rape. Robinson describes how this new understanding has contributed to the popularization of jihad in the Kashmir region, decentered religious institutions as regulators of jihad in practice, and turned the families of refugee youths into the ultimate mediators of entrance into militant organizations. This provocative book challenges the idea that extremism in modern Muslim societies is the natural by-product of a clash of civilizations, of a universal Islamist ideology, or of fundamentalist conversion."

""Body of Victim, Body of Warrior" is an exceptional account of refugee populations and the making of "mujahideen" in Jammu and Kashmir. This book covers a great deal of contested historical ground, always with sensitivity and intelligence. Robinson's skilled ethnography is all the more persuasive in that her contemporary observations are grounded in a dense and revelatory political history." Suvir Kaul, A.M. Rosenthal Professor at the University of Pennsylvania
"

Body of Victim, Body of Warrior