Return form will be sent to your email Id:
Want this item in next 24 hours?
Get an instant SMS with a link to download the Snapdeal App
+91
Please Enter a Valid 10 Digit Number.
Yes, Send Me A Link To The App
GET SMS
SDL257653959
{"SDL257653959":null}
Home
364, 4362, 4497, ,
/
Books
/
Non Fiction Books
/
History & Politics Books
/
Bulletin of the International Bureau of the American Republics, Vol. 27
Compare Products
Clear All
Let's Compare!
Selection Error!
You have reached the maximum number of selection. You can select only upto 4 items to compare.
You have already selected this product.
OK
View Order 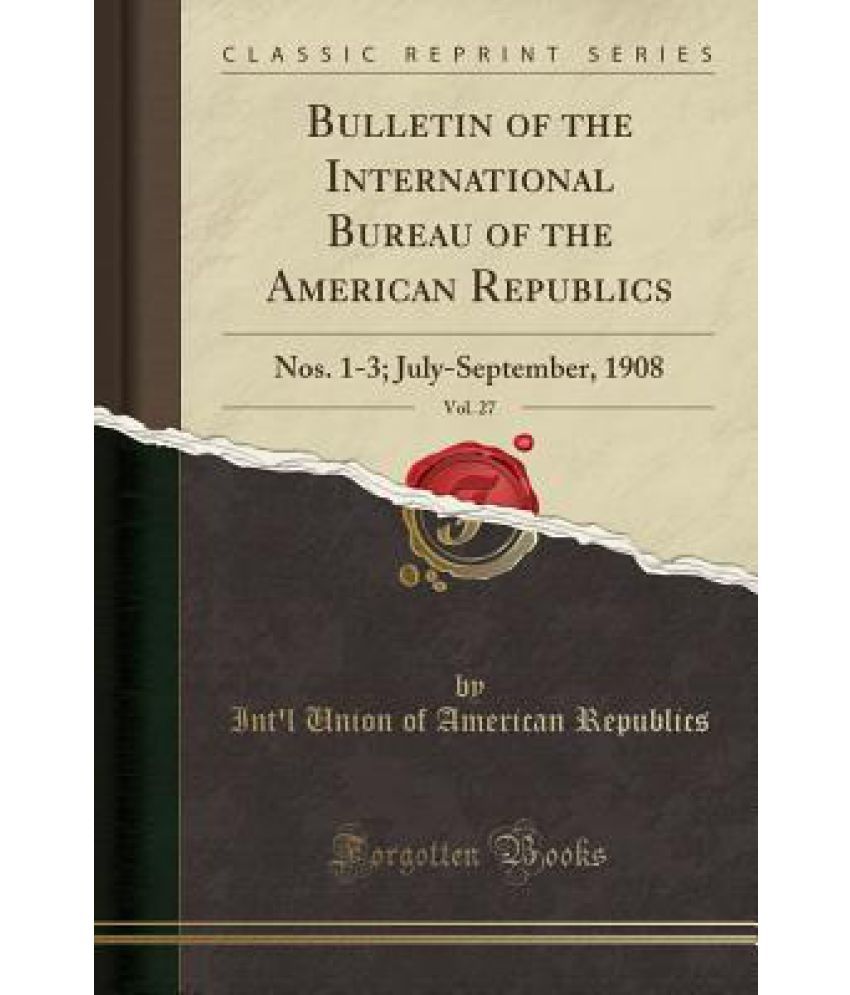 Bulletin of the International Bureau of the American Republics, Vol. 27

Excerpt from Bulletin of the International Bureau of the American Republics, Vol. 27: Nos. 1-3; July-September, 1908
Favorable comment has characterized the press of the world in dis cussing the gift of Mr. Andrew carnegie of for a building at Cartago, Costa Rica, which will be occupied by the central-american Court of Justice. While there has already been abundant evidence of Mr. Carnegie's interest in the development of closer relations between the United States and her sister Republics and in advancing the welfare of Latin America, it is particularly pleasing that he should have supple mented his gift for a new structure for the International Bureau of the American Republics with this one in Costa Rica, which will house the first international court on the Western Hemisphere established for the purpose of considering, without recourse to arms, all questions arising among the nations constituting it. The Minister of Costa Rica, Senor Don joaquin bernardo calvo, has presented the Bureau with a very unique copy Of a pamphlet entitled Andres Carnegie, which re ects the enterprise of his Government in showing its appreciation of Mr. Carnegie's gift for the new Peace Temple in Cartago.
About the Publisher
Forgotten Books publishes hundreds of thousands of rare and classic books. Find more at www.forgottenbooks.com
This book is a reproduction of an important historical work. Forgotten Books uses state-of-the-art technology to digitally reconstruct the work, preserving the original format whilst repairing imperfections present in the aged copy. In rare cases, an imperfection in the original, such as a blemish or missing page, may be replicated in our edition. We do, however, repair the vast majority of imperfections successfully; any imperfections that remain are intentionally left to preserve the state of such historical works."

Bulletin of the International Bureau of the American Republics, Vol. 27