Return form will be sent to your email Id:
Want this item in next 24 hours?
Get an instant SMS with a link to download the Snapdeal App
+91
Please Enter a Valid 10 Digit Number.
Yes, Send Me A Link To The App
GET SMS
SDL789097917
{"SDL789097917":null}
Home
364, 366, 4423, 46105644, ,
/
Books
/
Academic Texts
/
Engineering Books
/
Mechanical Engineering Books
/
Camaro & Firebird Performance Projects
Compare Products
Clear All
Let's Compare!
Selection Error!
You have reached the maximum number of selection. You can select only upto 4 items to compare.
You have already selected this product.
OK
View Order 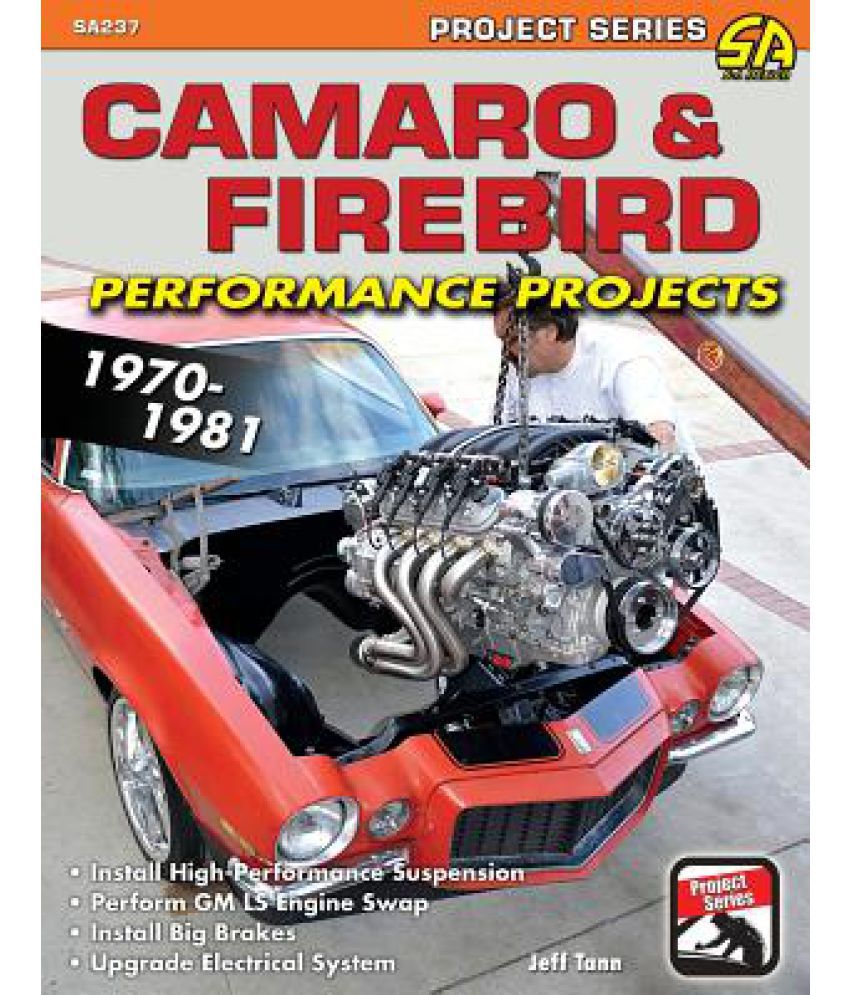 Several million Camaros and Firebirds were built from 1970-1981. Many are perfect candidates for a full pro-touring treatment. This book is an essential tool for the second-gen enthusiast looking to modify their car to perform at its best.

While the first-generation Chevy Camaros and Pontiac Firebirds are iconic cars that command high sale prices in restored and unmodified form, the second-generation Camaros and Firebirds are much more affordable. These Camaros often sell for only a few thousand dollars, and as a relative bargain compared to the early cars, many owners use these cars as a blank canvas to build an all-out performance car. Not only are the second-generation cars great platforms for modification, owners don't have to feel guilty about heavily modifying an extremely rare or valuable collector car that the first-generation cars represent.

Several million Camaros and Firebirds were built from 1970-1981. Many of these were sparsely equipped cars with six-cylinder or small V-8 engines and are perfect candidates for a full pro-touring treatment. There is a huge and growing amount of aftermarket support for these cars, with engine, drivetrain, brake, steering, and suspension parts being offered. Many owners are installing multi-link or Air Ride suspension, four-wheel disc brakes, quicker steering gears, stroker or late-model engines, modern overdrive transmissions, and other cutting-edge performance parts.

Like all editions in the Performance Projects series, this book covers the wide range of modifications, from borderline basic to in-depth and complex. Included modifications are supercharger installs, head swaps, ignition and carburetor mods, brake upgrades, transmission, differential and driveline upgrades, engine bolt-ons, multi-link rear suspensions, and more. This book is an essential tool for the second-gen enthusiast looking to modify their car.