Return form will be sent to your email Id:
Want this item in next 24 hours?
Get an instant SMS with a link to download the Snapdeal App
+91
Please Enter a Valid 10 Digit Number.
Yes, Send Me A Link To The App
GET SMS
SDL546331160
{"SDL546331160":null}
Home
364, 4477, ,
/
Books
/
Comics & Graphic Novels
/
Chacha Chaudhary And Festival Of Flowers Bathukamma PB Bengali
Compare Products
Clear All
Let's Compare!
Selection Error!
You have reached the maximum number of selection. You can select only upto 4 items to compare.
You have already selected this product.
OK
View Order 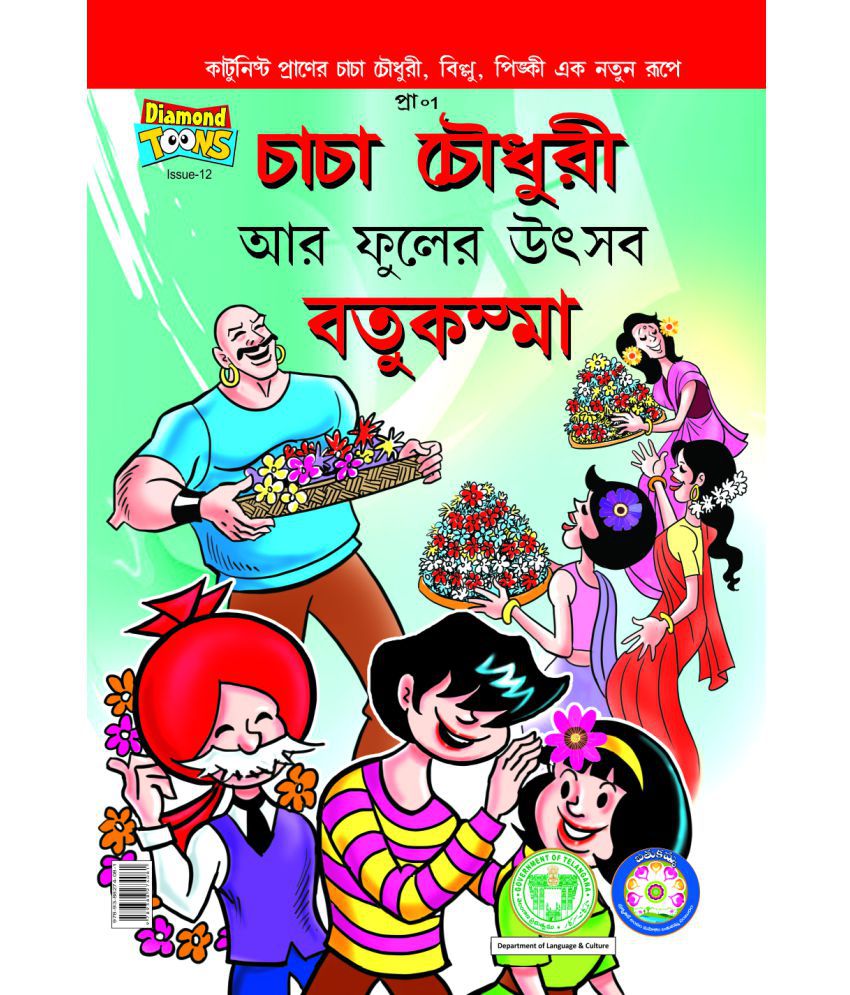 Chacha Chaudhary is a middle class Indian, frail but an extremely intelligent old man. . Chacha Chaudhary's attire includes his red turban, a wooden stick, a waistcoat with a double inside pocket and a pocket watch. His household consists of his wife Bini (Chachi), a faithful street dog called Rocket and a giant alien from Jupiter named Sabu. Chacha Chaudhary enjoys eating watermelon with relish but mangoes are his weakness and takes off for a walk with Sabu and Rocket, whenever Chachi nags him. When he takes off his turban, it is shown that he is completely bald. Everybody in town knows that whenever Chacha Chaudhary goes out with his family, he never locks the door of his house; but nobody has been successful in robbing his house. However, in certain stories, Chachi(his wife) has been seen locking the house. Sometimes his head or nose itches when any trouble is going to happen. t is said that " Chacha Chaudhary's brain works faster than a computer".\n