Sorry! Chances of Success is sold out. 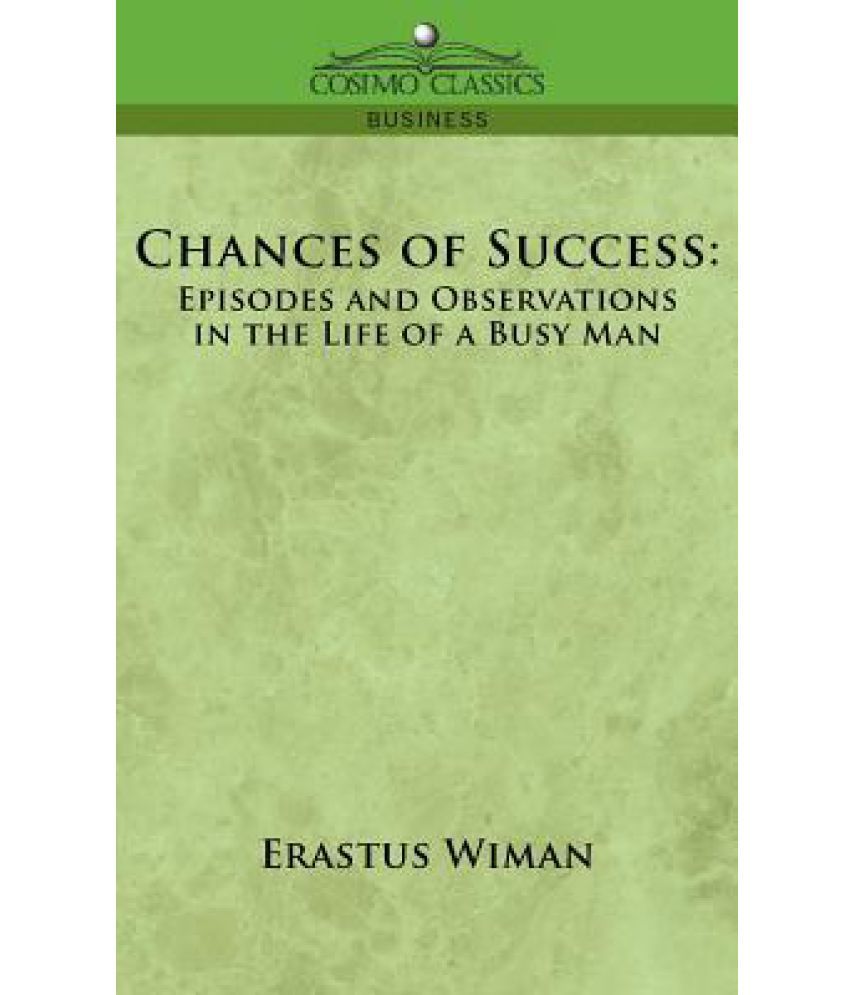 This product has been sold out
serviceCentreDetails
Be the first to review
Have a question?
pay
Rs  1,100
We will let you know when in stock
notify me
Thank you for your interest

It is true, that but for him who borrows, and risks, and labors, the world would hardly move forward. It is equally true, that if there were no borrowers, there would be no profit to the lenders. Being so essential to each other, both are essential to the world's progress. But the world would be happier if he who borrowed did so more carefully; realized his danger more acutely, and risked less for his own sake, as well as for the sake of him who lends. -from "The Elements of Success" The diverse career of Canadian-American businessman and journalist ERASTUS WIMAN (1834-1904) encompassed a stint as a reporter for the newspaper the Toronto Globe, the presidency Canada's Great Northwestern telegraph company and later of the Staten Island Rapid Transit railroad, and a successful campaign to eliminate imprisonment for debtors in New York State. In 1893, he shared the fruits of his long, wide experience in this collection of essays on business, society, and living a successful life. In a charmingly rambling style, Wiman steps forward as an advocate for such assorted issues as a close commercial union between Canada and the United States, and the arrival of women into the white-collar workplace. He discusses everything from the dramatic influence of electricity on industry and the power of the housing market to transform an economy to the business lessons to be learned from Buffalo Bill to man's place as a parasite of the cow. An extraordinary work by a uniquely influential and knowledgeable character, this is full of surprising and delightful insight.