Return form will be sent to your email Id:
Want this item in next 24 hours?
Get an instant SMS with a link to download the Snapdeal App
+91
Please Enter a Valid 10 Digit Number.
Yes, Send Me A Link To The App
GET SMS
SDL896177735
{"SDL896177735":null}
Home
364, 4362, 4471, ,
/
Books
/
Non Fiction Books
/
Health & Fitness Books
/
Chaos: In Romance, Sexuality And Fidelity by Raksha Bharadia
Compare Products
Clear All
Let's Compare!
Selection Error!
You have reached the maximum number of selection. You can select only upto 4 items to compare.
You have already selected this product.
OK
View Order 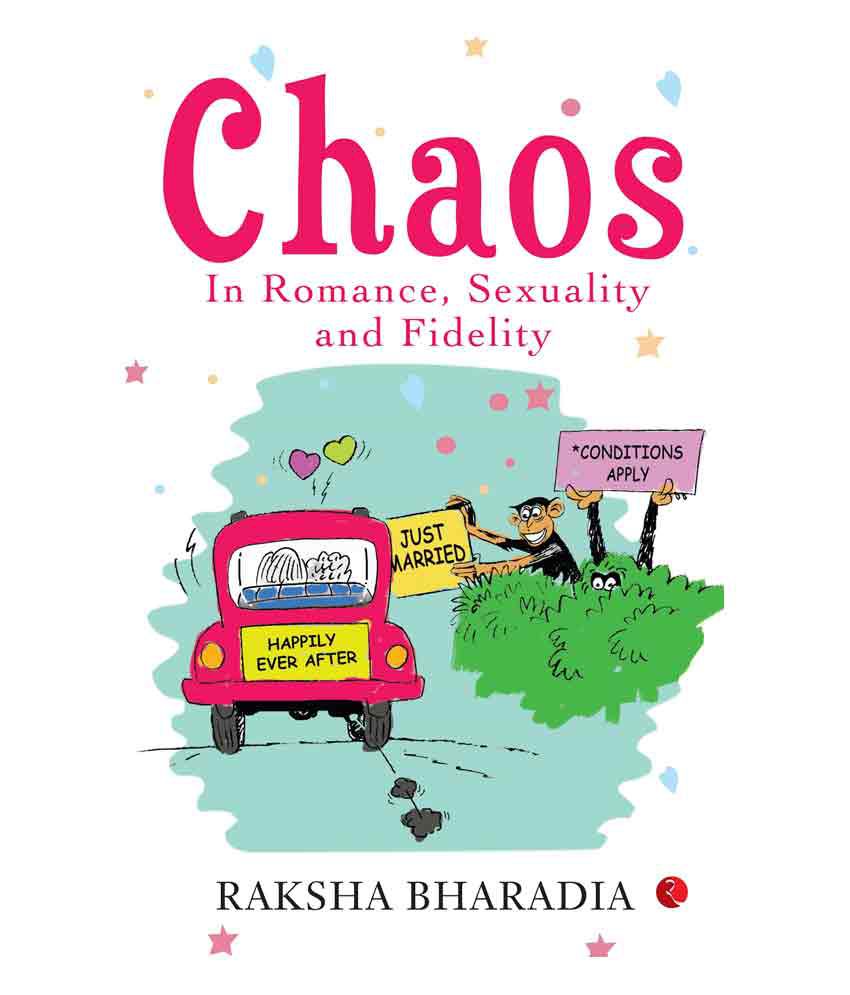 Chaos: In Romance, Sexuality And Fidelity by Raksha Bharadia

Most urban couples today experience some amount of chaos in their interpersonal relationships- whether it be in the struggle to keep the erotic spark alive, trying to balance between the need for intimacy and personal space, or in handling the new-age demon called boredom! Long-established patterns of married life are breaking down in a new India where gender equality and individualism have blurred the domestic division of labour and leadership, often resulting in ego clashes between partners. Technological advancements such as birth control, IVF, paternity tests etc., open up options but bring along accompanying complications. It is the same with the Internet and social media. Old rules of couple relationship-both explicit and implicit-do not fit well anymore; new rules are still not in place. In such a scenario, this book seeks to understand the little equations that go to make up a longterm relationship, thereby throwing light on the steps that, if not well managed, lead to chaos for both partners. Some of the questions addressed here are: Why do we feel the need to guard our partner’s sexuality? Why does boredom set in, in most long-term relationships? Why do affairs begin and is it really about sex or love at all? And many more such, that deal with the nitty-gritty of day-to-day sharing of the physical, emotional and sexual space between couples. By the end of this book, you may just revisit all that you have been taking for granted!

Raksha Bharadia, author and editor, graduated from Loreto College, Calcutta, and received the Best Student’s Award for the year 1992. A prolific writer, Raksha has edited 13 titles in the Chicken Soup for the Indian Soul series, worked with Star Plus for the show Lakhon Mein Ek (2012) and written the screenplay for one. She has also written columns for Femina, Ahmedabad Mirror and DNA Ahmedabad; and articles for Midday, Life Positive, Marie Claire, Femina India, Gurlz, India Today (Gujarat edition) and Ahmedabad Times. Her latest foray is an online portal on couple relationships for urban India: www.bonobology. com. Raksha has been part of the visiting faculty for the Master’s programme in Creative Writing at CEPT University, Ahmedabad. She conducts classes in creative writing in Hyderabad, Calcutta and Ahmedabad. Raksha has also held parenting workshops in schools across India, and is also a TEDx speaker, having participated in many conferences. She is an independent director at Sambhaav, a media company.

Chaos: In Romance, Sexuality And Fidelity by Raksha Bharadia