Return form will be sent to your email Id:
Want this item in next 24 hours?
Get an instant SMS with a link to download the Snapdeal App
+91
Please Enter a Valid 10 Digit Number.
Yes, Send Me A Link To The App
GET SMS
SDL842434747
{"SDL842434747":null}
Home
516, 46138845, 517, ,
/
Movies & Music
/
Movies & Entertainment
/
Hollywood Movies
/
Cinema Paradiso ( DVD )- Italian
Compare Products
Clear All
Let's Compare!
Selection Error!
You have reached the maximum number of selection. You can select only upto 4 items to compare.
You have already selected this product.
OK
View Order 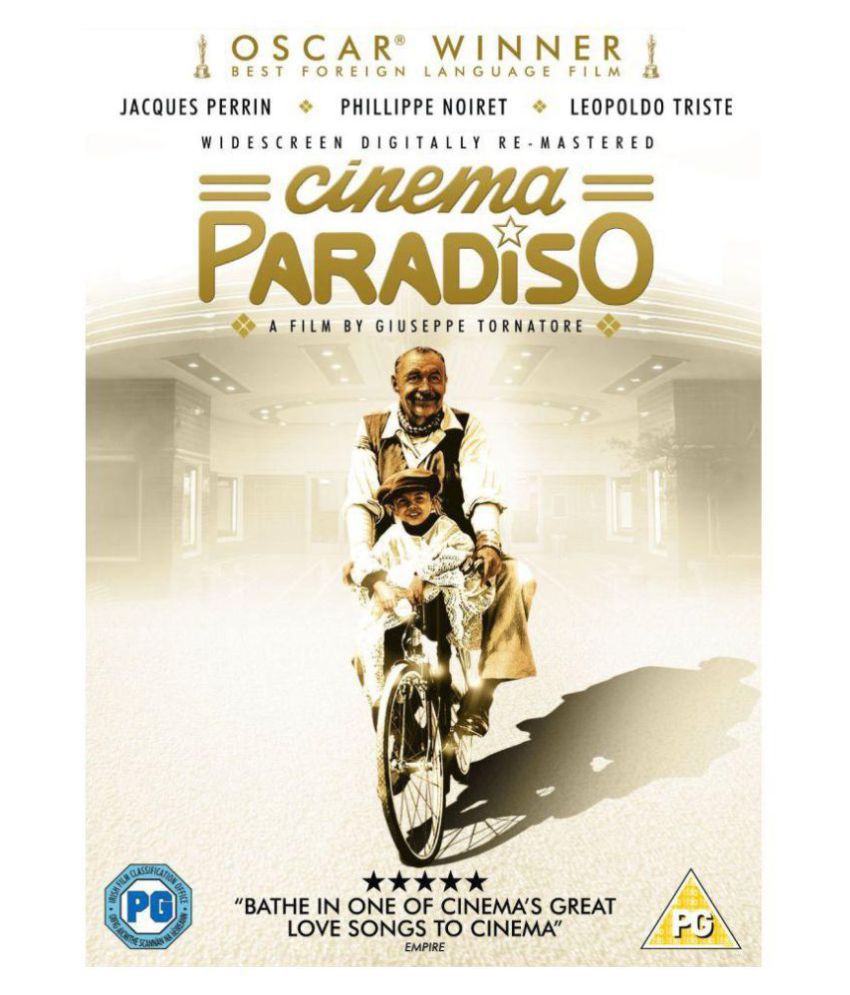 Director Guiseppe Tornatore's bittersweet, Oscar-winning film focuses on the effect that cinema had on the inhabitants of a small Sicilian village during World War Two. After receiving news of the death of his old friend Alfredo (Philippe Noiret), a famous movie director returns to his home village after spending 30 years away. In flashback, he recalls his fatherless childhood, his fascination with the films he saw at the local cinema and his adventures with Alfredo, the cinema's projectionist. Language: Italian Subtitles: English