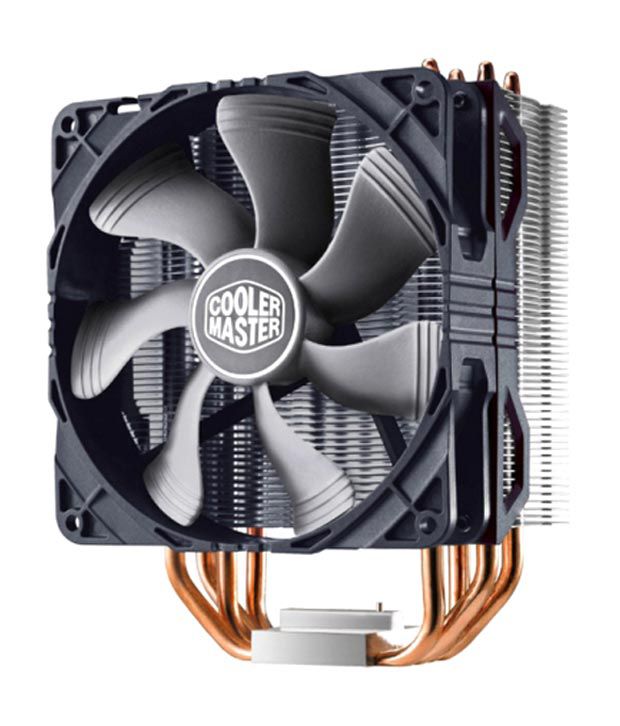 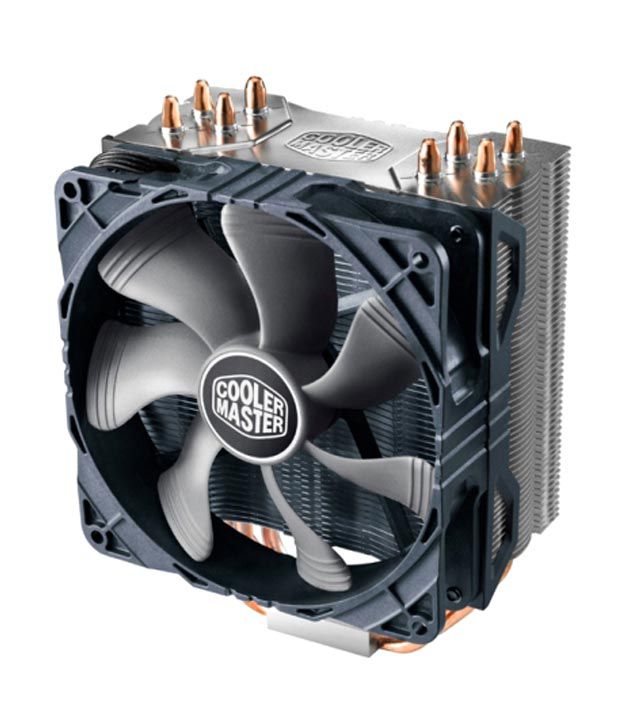 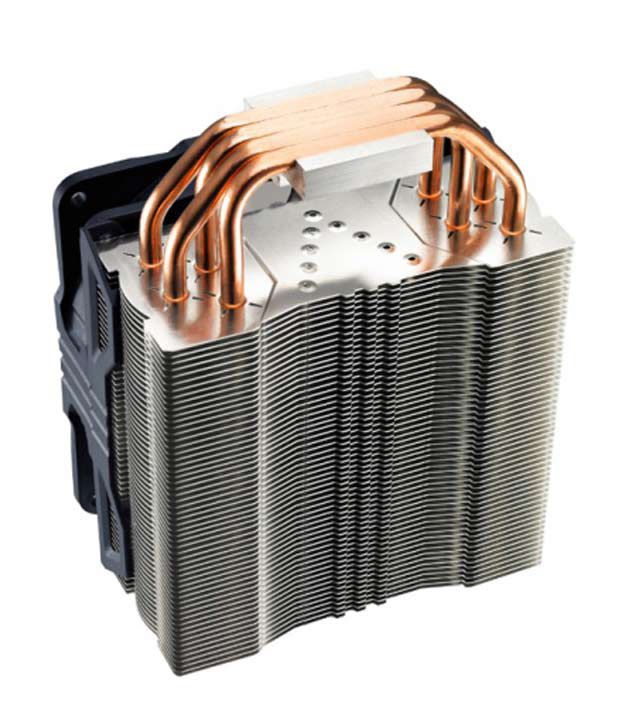 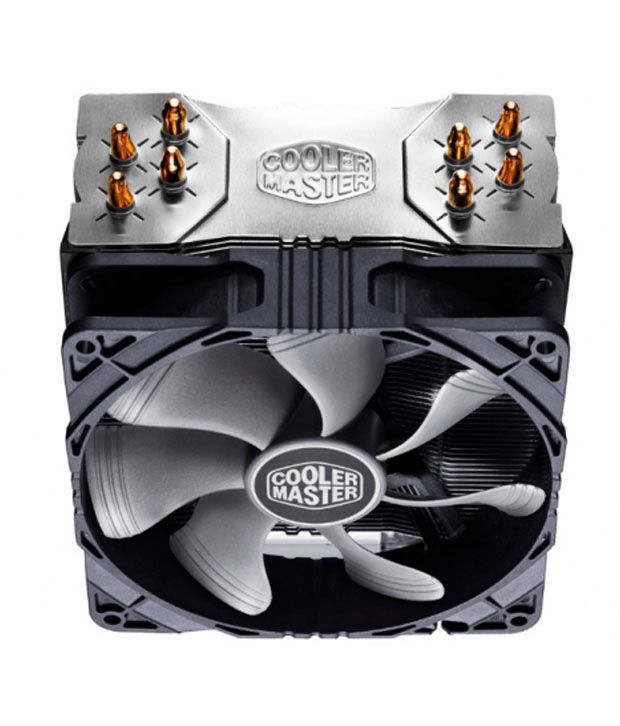 Meticulously designed to deliver maximum airflow with minimum noise, the Cooler Master Hyper 212X Cooling Fan dissipates the heat generated from your system quickly without being noisy. Its silent operation lets you concentrate on your work and thereby helps in enhancing your productivity. Along with employing the patented Quad CDC Heatpipe array, it features an enhanced fin-blade layout wherein each fin-blade comes with four X-shaped vents surrounding a heatpipe. These vents are oriented in a 45 degree angle to the airflow; creating lower and higher air pressure areas that further result into controlled vorteces. As a result of this layout, overall airflow is reduced except next to the heatpipes.

The funnel shaped aluminum fins and a series of perforated dimples directs the airflow towards the heatpipes; where special X-Vents prevent formation of deadspots behind and between the heatpipes. As a combined effect of both these technologies, you can enjoy reduced CPU temperature.

The POM has a coating of Polyoxymethylene material, which is mainly used in precision parts that require high stiffness and low friction. In addition, it provides consistently lower friction levels in comparison to the traditional bearings. Owing to the advantages such as self-lubricating, lower friction, and dustproof, the MTBF has reached to a staggering level of 160,000 hours.

Other features include a Smart Fan engine that brings the fan to a halt when blocked. After the blockage has been cleared off, the fan is automatically restarted. Also, it features universal mounting system for all Intel and AMD platforms.