Return form will be sent to your email Id:
Want this item in next 24 hours?
Get an instant SMS with a link to download the Snapdeal App
+91
Please Enter a Valid 10 Digit Number.
Yes, Send Me A Link To The App
GET SMS
SDL499916574
{"SDL499916574":null}
Home
364, 378, 4474, ,
/
Books
/
Hobby & Craft Books
/
Outdoors & Nature Books
/
Creating A Livable Planet
Compare Products
Clear All
Let's Compare!
Selection Error!
You have reached the maximum number of selection. You can select only upto 4 items to compare.
You have already selected this product.
OK
View Order 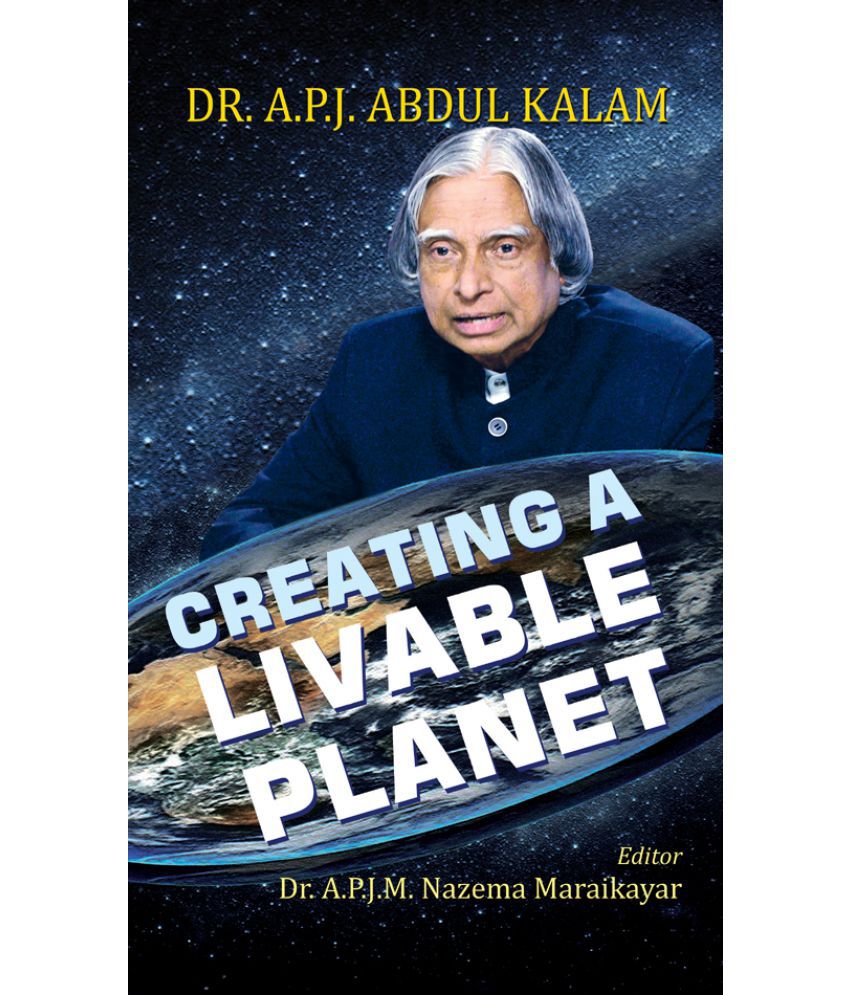 A nation’s capability of self-sustainability is seen as the foremost marker for it to be considered a developed nation. Its self-sufficiency in agriculture, economy, health and education facilities for its citizens builds its sustainability. An ideal nation should be able to fulfil the basic needs for each of its citizen on its own. To achieve this level of self-sufficiency was one of India’s former President Dr. A.P.J. Abdul Kalam’s major aspirations for the country. \nCreating A Livable Planet is a volume especially compiled with an aim to preserve and spread Dr. Kalam’s enlightening and informative ideas on the usage of right technology to benefit and improve India’s agriculture, economy, atmosphere and health of citizens. He, through these articles, educates the citizens, both young and old, on how using inexpensive, conventional and nature-friendly techniques can help us enrich our agriculture, environment and health. He also advocates the adoption of necessary modern technologies that could help our society evolve.\n

Dr. A.P.J. Abdul Kalam (1931-2015) a scientist—philosopher came to be known as a protagonist of societal transformation through scientific development and innovation. Before taking over as the eleventh President of India in 2002, Dr. Kalam worked at ISRO and DRDO and as Principal Scientific Advisor to the Government of India.\nAs a visiting Professor to several Universities, Dr. Kalam evinced interest in visiting schools and interacting with young children. He continued this during his Presidency and met over one million childrens.\nRecipient of India’s highest civilian award Bharat Ratna, in 1997. He authored several books which have been bestsellers for past many years.\n\nDr. A.P.J.M. Nazema Maraikayar, niece of the former President of India, Late Dr. A.P.J. Abdul Kalam, was born in Rameswaram. She has accomplished her doctorate in Islamic studies. She is the Director of Dr. A.P.J. Abdul Kalam Mission of Life Gallery and the Managing Trustee of Dr. A.P.J. Abdul Kalam International Foundation. She has authored several books.\nEmail: apjmnazema@gmail.com\n