Return form will be sent to your email Id:
Want this item in next 24 hours?
Get an instant SMS with a link to download the Snapdeal App
+91
Please Enter a Valid 10 Digit Number.
Yes, Send Me A Link To The App
GET SMS
SDL058455324
{"SDL058455324":null}
Home
364, 365, 46102000, ,
/
Books
/
Fiction Books
/
Action, Adventure & Thriller Books
/
Crime Patrol: The Most Thrilling Stories
Compare Products
Clear All
Let's Compare!
Selection Error!
You have reached the maximum number of selection. You can select only upto 4 items to compare.
You have already selected this product.
OK
View Order 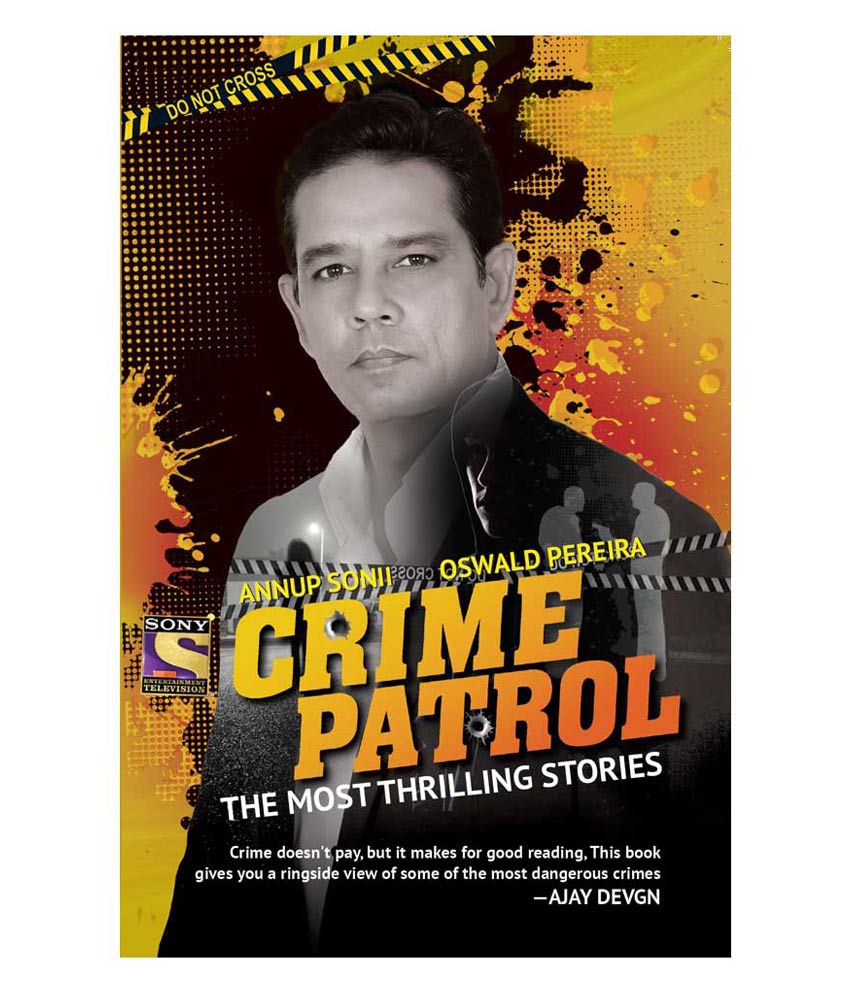 Crime Patrol: The Most Thrilling Stories

Spine-chilling stories that delve deep into the workings of the criminal mind, and superbly dissect the anatomy of crime.

A cop lusts after a young woman; the daughter of a rapist is oblivious to her father’s crimes; a pregnant woman finds her anger spiralling out of control; a bunch of rich businessmen stake all their wealth and end up getting killed most brutally—these and other stories bring Annup Sonii’s high-octane narration, and Oswald Pereira’s excellent research and writing to the pages of this book. Crime Never Pays—as Crime Patrol warns us over and over—but it does make for nail-biting, edge-of-the-seat reading.

It’s imperative to understand the psyche of criminals and analyse the reasons for these brutal incidents in order to lessen crime. May this book guide us in that direction. Manoj Bajpayee

Shocking, moving, and riveting stories so well-written. Intriguing to see the modus operandi of criminals and the police’s skills in nabbing them. From an avid ‘Crime Patrol’ watcher and fan…this is an eye opener and a great read. Shilpa Shetty

Annup Sonii graduated from the National School of Drama, Delhi. He has acted in films, television, and theatre.

He is best known for the television series, Crime Patrol on Sony Pictures Networks India Private Limited, which he anchored for close to a decade. Annup has also played important roles in several other popular television shows, including Balika Vadhu; CID Special Bureau; Kahaani Ghar Ghar Kii; Sea Hawks; I Love You; Kartavya; and Virudha.

Annup Sonii has been the recipient of several awards during his long and illustrious career, which include the best supporting actor award (five times in a row) for Balika Vadhu; the Best Actor Screen Award for Sea Hawks; and the Golden Petal Award ‘For Most Favourite Personality’.

Oswald Pereira is a senior journalist, writer, and an entrepreneur. He has worked in mainline newspapers and magazines in senior editorial positions in India and abroad.

An author of eight books, including, The Newsroom Mafia, which was published by Westland in 2011, Oswald Pereira has also taught at the Times School of Journalism. In his forays outside journalism, he was Group Vice President of an IT company, and secretary general of the Call Centre Association of India; owner of an image management consultancy, and an editorial services firm.

Oswald Pereira is a disciple of Paramahansa Yogananda, and practises Kriya yoga.

Crime Patrol: The Most Thrilling Stories