Return form will be sent to your email Id:
Want this item in next 24 hours?
Get an instant SMS with a link to download the Snapdeal App
+91
Please Enter a Valid 10 Digit Number.
Yes, Send Me A Link To The App
GET SMS
SDL552113768
{"SDL552113768":null}
Home
364, 384, 4505, ,
/
Books
/
Philosophy Books
/
History & Surveys Books
/
Daniel Dennett: Reconciling Science and Our Self-Conception
Compare Products
Clear All
Let's Compare!
Selection Error!
You have reached the maximum number of selection. You can select only upto 4 items to compare.
You have already selected this product.
OK
View Order 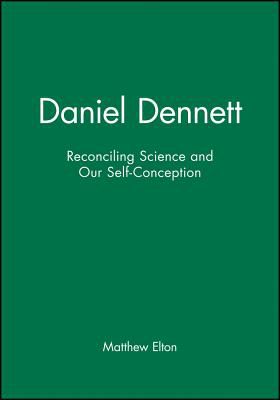 Daniel Dennett is one of the most influential thinkers at the interface between philosophy and science. This book is the first comprehensive examination of Dennett's ideas on the nature of thought, consciousness, free will, and the significance of Darwinism.

Elton examines Dennett's unique response to the question of when and how science should affect the conception that we have of ourselves. Whilst rejecting reductionism on the grounds that much of our self-conception is immune to revision, Dennett also rejects the idea that science has nothing to say about our self-conception - an idea that still flourishes within contemporary philosophy. What emerges is a view in which our understanding of ourselves is constrained by, but not continuous with, scientific inquiry.

Elton excels at bringing out the themes that bind together different aspects of Dennett's work. At the same time he casts new light on more specific controversies: Could robots ever think, feel, and enjoy freedom? Does Dennett really explain consciousness? Are mental states real or merely 'useful fictions'? Do we have free will? Is the self a 'centre of narrative gravity'?

Written in an exceptionally clear and engaging style, the book is a highly original introduction to contemporary thinking about the relationship between mind and science.

Matthew Elton is a former Lecturer in Philosophy at the University of Stirling.