Return form will be sent to your email Id:
Want this item in next 24 hours?
Get an instant SMS with a link to download the Snapdeal App
+91
Please Enter a Valid 10 Digit Number.
Yes, Send Me A Link To The App
GET SMS
SDL334924514
{"SDL334924514":null}
Home
364, 372, 46101966, ,
/
Books
/
Children & Young Adult Books
/
Children Non Fiction Books
/
Diary of a Wimpy Kid: Rodrick Rules (Diary of a Wimpy Kid Book 2) (English, Paperback, Kinney Jeff)
Compare Products
Clear All
Let's Compare!
Selection Error!
You have reached the maximum number of selection. You can select only upto 4 items to compare.
You have already selected this product.
OK
View Order 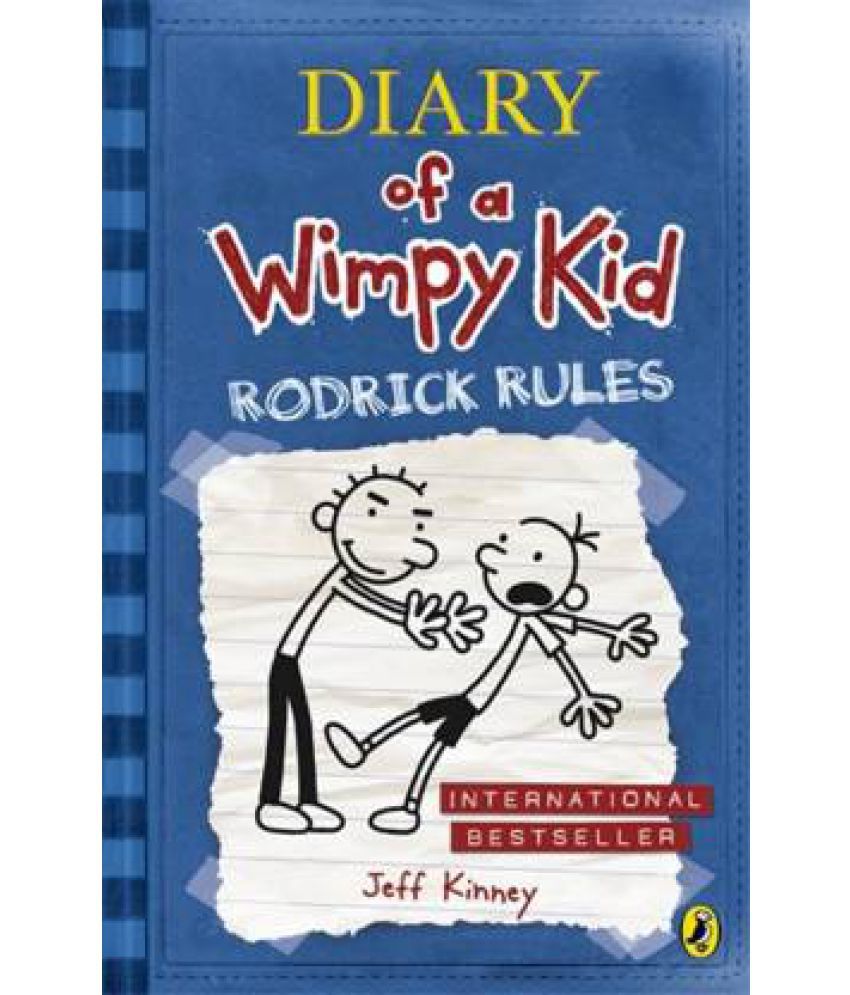 Diary Of A Wimpy Kid: Rodrick Rules is the second book that has been written in the series, and it is a comic portrayal of an awkward kid by the name of Greg Heffley.

Summary Of The Book

Diary Of A Wimpy Kid: Rodrick Rules begins with the protagonist, Greg, complaining about how bad his summer holidays were. He has a lot of trouble with his brother, Rodrick, who accidentally caught Greg in a rather embarrassing situation. Desperate to keep things secret, Greg tries hard to ingratiate himself with his brother.

Rodrick does everything possible to make Greg’s life difficult over the summer, but the “wimpy kid” puts up with it all, just so his unfortunate faux-pas doesn’t come to light. When their mother finds out that they are always short on cash, she starts a “Mom Bucks” scheme, giving both the children money. Diary Of A Wimpy Kid: Rodrick Rules has a great combination of hard-luck situations that readers can relate to.

While Rodrick spends it all on rock magazines, Greg carefully saves up, but still ends up losing all his money owing to unfortunate circumstances (and his big brother Rodrick, of course). Rodrick has a science project coming up, but is more interested in playing with his band, the Loded Diper, in an upcoming show.

Amidst getting grounded by his parents and bullied by his brother, Greg Heffley has a lot on his mind. Does he manage to keep his secret, or does Rodrick ultimately spill the beans? What happens to Rodrick’s band, and his science project? Diary Of A Wimpy Kid: Rodrick Rules has a number of hilarious situations that make for great reading.

The Wimpy Kid series has sold more than sixty million copies throughout the world, and the first book in the series, Diary of a Wimpy Kid, was adapted into a movie, which was a big success.

Jeff Kinney was born in Maryland, USA, in 1971, and is an author. Apart from writing children’s books, he is also a producer, cartoonist and game designer.

Jeff Kinney studied at the Bishop McNamara High School, and then at the University of Maryland, College Park. He developed a comic strip when he was in college called, Igdoof. He currently lives in Massachusetts with his wife and two children.