Return form will be sent to your email Id:
Want this item in next 24 hours?
Get an instant SMS with a link to download the Snapdeal App
+91
Please Enter a Valid 10 Digit Number.
Yes, Send Me A Link To The App
GET SMS
SDL317861103
{"SDL317861103":null}
Home
364, 378, 4480, ,
/
Books
/
Hobby & Craft Books
/
Music, Films & Entertainment Books
/
Directors' Diaries 2 : Conversations with Filmmakers. Their Path to Filmmaking by Rakesh Anand Bakshi
Compare Products
Clear All
Let's Compare!
Selection Error!
You have reached the maximum number of selection. You can select only upto 4 items to compare.
You have already selected this product.
OK
View Order 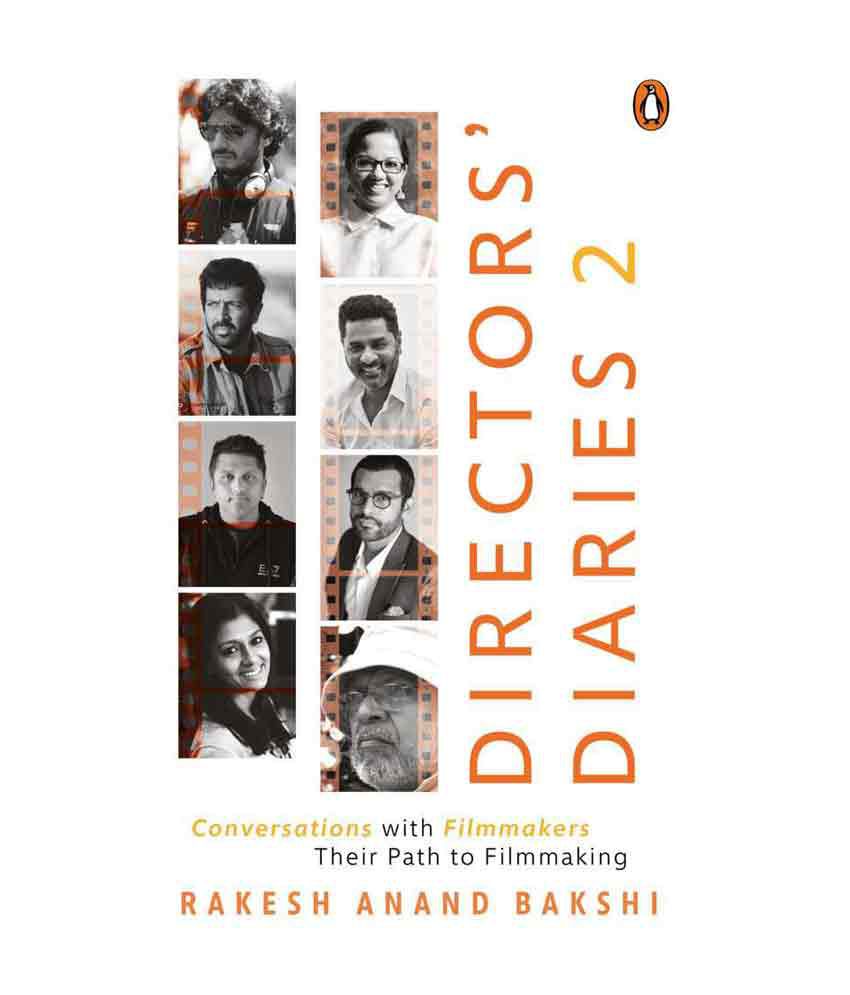 Directors' Diaries 2 : Conversations with Filmmakers. Their Path to Filmmaking by Rakesh Anand Bakshi

With Directors' Diaries 2, Rakesh Anand Bakshi adds yet another invaluable volume to his on-going series of conversations with Hindi cinema's most iconic voices, this time sharing with us his conversations with some of the industry's most eminent film-makers-Shyam Benegal, Tanuja Chandra, Kabir Khan, Abhishek Chaubey, Nandita Das, Shakun Batra, Prabhudheva and Mohit Suri. The book also brings to light a significant but often overlooked behind-the-scenes crew such as spot boy Salim Shaikh, make-up artist Vikram Gaikwad and audiographer and sound designer Rakesh Ranjan.

From the moment they were first drawn to the craft of film-making and how they got that elusive first break as a film-maker to films that left a deep impression on them and what they have learnt from other film-makers they admire, Directors' Diaries 2 is an invaluable collection of stories for aspiring directors and cinema fans alike.

Rakesh Anand Bakshi is a scriptwriter for films and the author of Directors' Diaries: The Road to their First Film (2015). He's also an aspiring director, actor and a swimming, cycling and gym enthusiast. He runs Bicycle Angels, a non-profit social initiative that donates bicycles, wheelchairs and other necessities to the less privileged in society, also facilitating computer literacy and livelihoods; Plant a Life: Plant Angels, an initiative to grow plants; and I Adore You (co-founded with Kanika Kedia), which creates personalized diaries. He authors a blog, Beautiful Bicycles Beautiful People, about cyclists, their rides and their stories.

Directors' Diaries 2 : Conversations with Filmmakers. Their Path to Filmmaking by Rakesh Anand Bakshi