Return form will be sent to your email Id:
Want this item in next 24 hours?
Get an instant SMS with a link to download the Snapdeal App
+91
Please Enter a Valid 10 Digit Number.
Yes, Send Me A Link To The App
GET SMS
SDL135682052
{"SDL135682052":null}
Home
516, 46138845, 517, ,
/
Movies & Music
/
Movies & Entertainment
/
Hollywood Movies
/
Edge of Tomorrow - DVD (English)
Compare Products
Clear All
Let's Compare!
Selection Error!
You have reached the maximum number of selection. You can select only upto 4 items to compare.
You have already selected this product.
OK
View Order 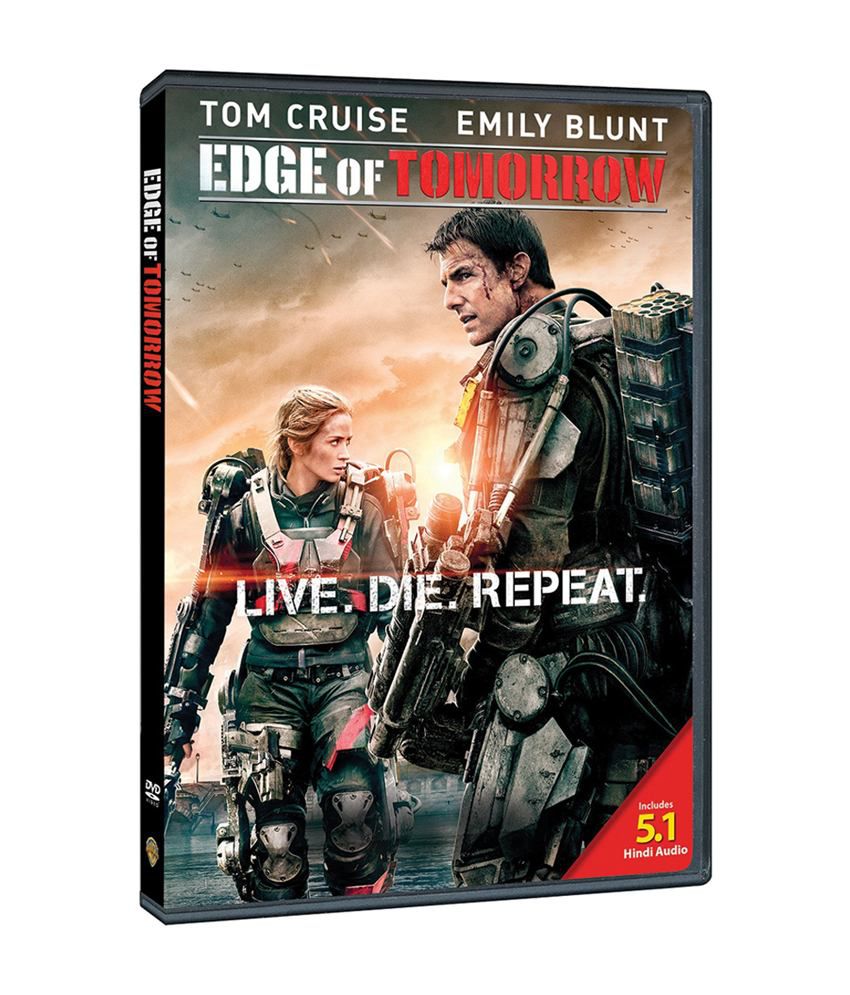 Edge of Tomorrow is a 2014 American science fiction film. It stars Tom Cruise and Emily Blunt. The movie is directed by Doug Liman. The story revolves around how a military officer is brought into an alien war against an extraterrestrial enemy who can reset the day and know the future. When this officer is enabled with the same power, he teams up with a Special Forces warrior to try and end the war. Genre: Adventure. Product Release Date: 28 September 2014. Audio Format: Dolby. Aspect Ratio: Anamorphic. DVD or Blu-ray Region: Region 5