Return form will be sent to your email Id:
Want this item in next 24 hours?
Get an instant SMS with a link to download the Snapdeal App
+91
Please Enter a Valid 10 Digit Number.
Yes, Send Me A Link To The App
GET SMS
SDL141988400
{"SDL141988400":null}
Home
364, 372, 46101983, ,
/
Books
/
Children & Young Adult Books
/
Children Action, Adventure & Thriller Books
/
Epic Zero 2
Compare Products
Clear All
Let's Compare!
Selection Error!
You have reached the maximum number of selection. You can select only upto 4 items to compare.
You have already selected this product.
OK
View Order 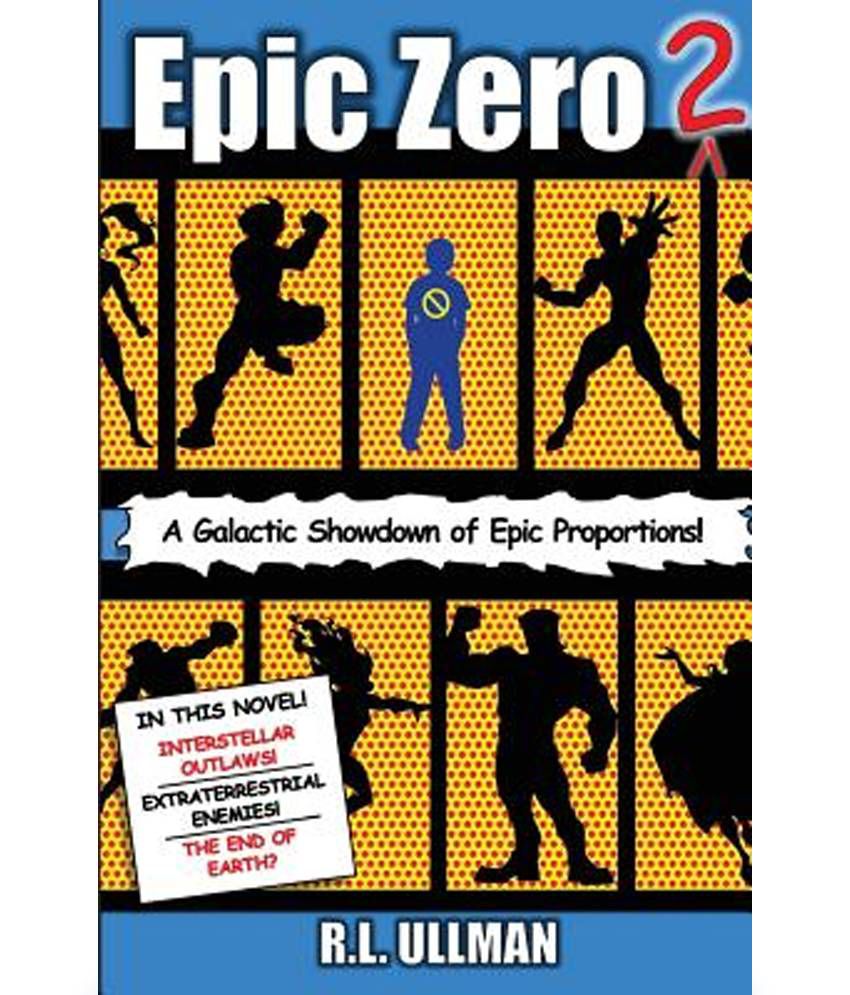 Elliott Harkness finally has powers, but he realizes having them is one thing, controlling them is another! When he's kidnapped by teenage alien outlaws who believe only he can destroy a planet-eating monster, Elliott is swept up in an interstellar adventure. With the fate of the universe at stake, will Elliott be an epic hero, or an Epic Zero?

12-year-old Elliott Harkness finally has powers and is a full-fledged member of the Freedom Force, the greatest superhero team on Earth. Elliott should be over the moon, but he quickly realizes that having powers is one thing, controlling them is quite another! So, after yet another botched mission, Elliott finds himself grounded.

But his punishment is short-lived when he's kidnapped by a band of teenage alien outlaws who believe he's the only one capable of destroying a planet-eating monster that's annihilating worlds. To stop it, all Elliott has to do is use the Orb of Oblivion, the most powerful weapon in the universe. Unfortunately, he blew it to pieces months ago! But that's just the beginning of Elliott's problems, as he's swept up in an interstellar adventure complete with extraterrestrial enemies, intergalactic crime lords, and cosmic beings beyond his wildest imagination. With the fate of the universe at stake, will Elliott rise up to be the epic hero he's always wanted to be? Or, will he always be just an Epic Zero?

By day, R.L. Ullman functions as a mild-mannered member of society. By night, he writes a never-ending battle for truth, justice and whatever he's feeling at the moment. He is a life-long fan of all things superhero and lives with his wife, kids and possibly evil cockapoo in Connecticut. You can learn more about what R.L. Ullman is up to and grab free books at rlullman.com.

1. Praise for Epic Zero: "What a fun read! I loved the main character, I loved the message of the book, I loved the illustrations; I just plain loved this book." Rating: 5.0 stars by Readers' Favorite. "With Epic Zero, Ullman reminds me of why I used to love superheroes. If the other books are anything like this one, then the whole series will be great." Rating: 5.0 stars by Readers' Favorite. "Holy moly, Batman! Move over! For me, having a young reader book doesn't normally make it to my favorites list easily and this book did it with ease. Witty, engaging and well thought out from beginning to end, this book is a winner!" Rating: 5.0 stars - Goodreads Reviewer "Epic Zero was the BEST book I have ever read! It has all of my favorite things in it like action, adventure, superheroes and mystery. If I had to pick just one word to describe this book I couldn't so here's a few: awesome, great, amazing, stupendous and spectacular!" Rating: 5.0 stars - Goodreads Reviewer.