Return form will be sent to your email Id:
Want this item in next 24 hours?
Get an instant SMS with a link to download the Snapdeal App
+91
Please Enter a Valid 10 Digit Number.
Yes, Send Me A Link To The App
GET SMS
SDL161510401
{"SDL161510401":null}
Home
217, 129, 3467, ,
/
Home Decoratives
/
Religion & Spirituality
/
Pooja Accessories
/
Fedput SIDH BAGLAMUKHI MALA TURMERIC (HALDI )MALA 108 +1 BEADS
Compare Products
Clear All
Let's Compare!
Selection Error!
You have reached the maximum number of selection. You can select only upto 4 items to compare.
You have already selected this product.
OK
View Order 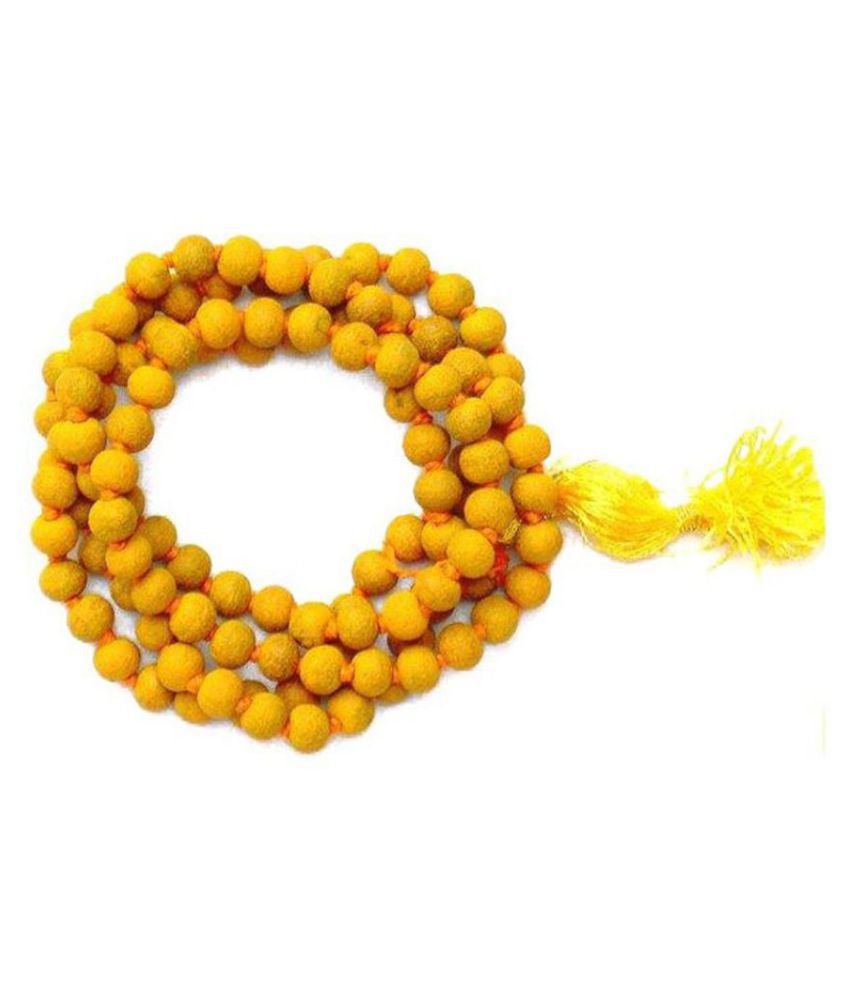 Benefits of Haldi (Turmeric) Mala. 1- Haldi Mala (Rosary) is made by Turmeric. which is Used in Various Use in our daily routine, as Spice use in food, as herbs use in Ayurveda, In Hinduism Turmeric used in various religious rituals. 2- special religious rituals used Turmeric Mala for gets siddhi in particular rituals and wish fulfilment. 3- To make rosary of Turmeric, there are using a good quality Turmeric lump and cut in small beads. 4- According some Religious Belief Haldi Mala (rosary) is considered auspicious, it is Mostly used for getting victory over enemies. some other Belief it is associated with fertility. 5- It is used for recitation of Mantras to bring success or intention or works, when they are in trouble because of some enemy. 6- For getting success in disputation, lawsuit matters also the turmeric rosary is used. 7- Haldi Mala (rosary) is specially used for chanting the Mantra of Jupiter (Brihaspati) and goddess Bagalamukhi and Katyayani. 8- Haldi Mala is also used in prayer of goddess Katyayani. which is one of most popular goddess for hinduism. According some Belief worshiped of Katyayani devi get blessing of early marriage and remove obstacle of marriage. 9- Haldi Mala is favourite of goddess Bagalamukhi which is very popular all over the universe to protect one from enemies and Legal Problems.