Return form will be sent to your email Id:
Want this item in next 24 hours?
Get an instant SMS with a link to download the Snapdeal App
+91
Please Enter a Valid 10 Digit Number.
Yes, Send Me A Link To The App
GET SMS
SDL961200054
{"SDL961200054":null}
Home
364, 378, 4480, ,
/
Books
/
Hobby & Craft Books
/
Music, Films & Entertainment Books
/
Fiasco: A History of Hollywood's Iconic Flops
Compare Products
Clear All
Let's Compare!
Selection Error!
You have reached the maximum number of selection. You can select only upto 4 items to compare.
You have already selected this product.
OK
View Order 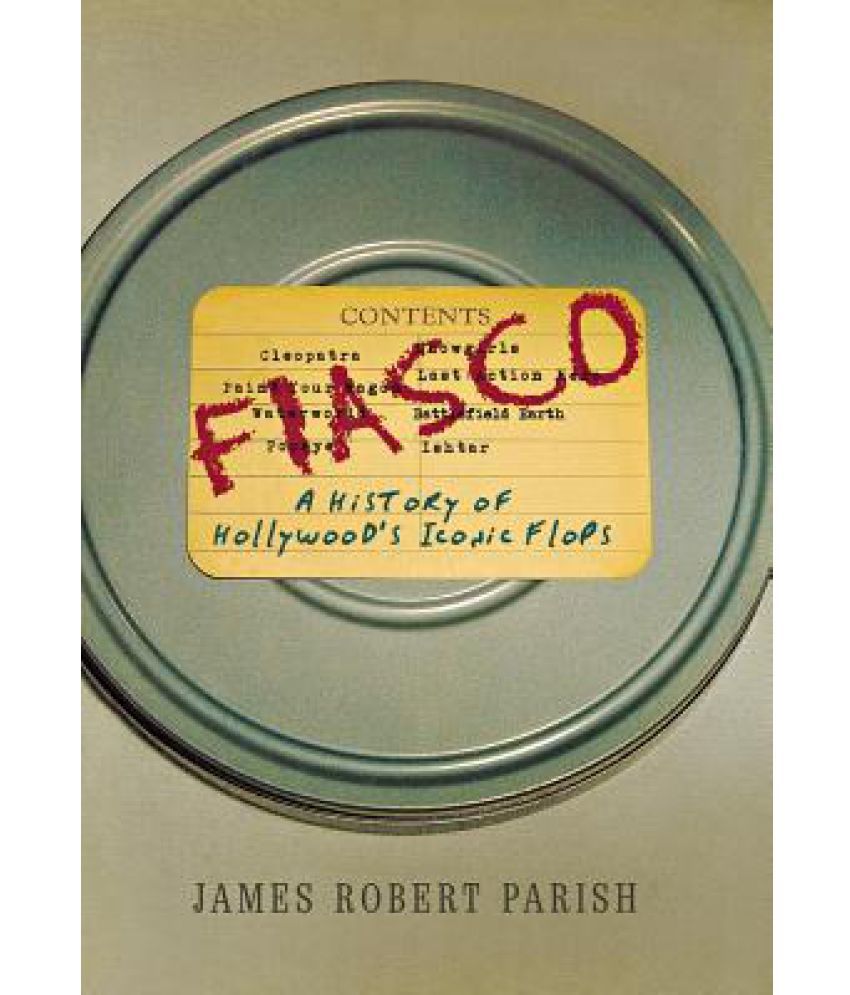 A Hollywood insider answers, once and for all, the eternal question: "How in the world did that picture ever get made?"

One thing we movie lovers enjoy almost as much as fireworks on the silver screen is watching a movie go up in flames. And while each season brings its fresh batch of stinkers, it takes years and a rare confluence of forces to give birth to an "Iconic Flop" like Showgirls. While movies such as Gigli are just plain dumb, a bunker-buster like Battlefield Earth can be absolutely dumbfounding in its big-budget awfulness.

In Fiasco, longtime industry insider and acclaimed Hollywood historian James Robert Parish goes behind the scenes to tell the stories of fifteen of the most spectacular megaflops of the past fifty years. No mere financial disappointments these, each of the artistic and financial failures covered was of a magnitude to bankrupt studios, demolish reputations, and, in some cases, totally reconfigure the Hollywood power structure.

With verve and no small measure of edgy wit, Parish dishes up the gossip, the grosses, and the egregious battles connected with these disasters. He recounts, in every gory detail, how enormous hubris, unbridled ambition, artistic hauteur, and bad business sense on the parts of Tinsel Town wheeler-dealers and superstars such as Elizabeth Taylor, Sam Spiegel, Robert Altman, Clint Eastwood, Robert Evans, Francis Ford Coppola, Madonna, Kevin Costner, and Warren Beatty conspired to engender some of the worst films ever. And he vividly recreates the behind-the-scenes melodramas connected with the making of Cleopatra, Paint Your Wagon, Popeye, The Cotton Club, Shanghai Surprise, Ishtar, Waterworld, Town & Country, and other unforgettable Hollywood megaflops of the past fifty years.

"Fiasco is a know-it-all backstory of infamous film flops, wittily reminding us how often, and in so many ways, Hollywood can screw up the best laid plans."
--Patrick McGilligan, author of "Alfred Hitchcock: A Life in Darkness and Light"

Watching a terribly overhyped movie go up in flames can be better than watching the fiery car chases in it, and Fiasco allows film enthusiasts to savor every bad script decision, every poor casting choice, and every astonishing cost overrun behind the greatest big-screen misfires in the annals of post-studio system Hollywood.

The history of the American film is rife with major failures and financial disappointments. But true screen disasters as grand and historic as a Popeye, an Ishtar, or a Cutthroat Island are rare. It took the astounding combined talents of superstars like Marlon Brando, Jane Fonda, Robert Redford, Arthur Penn, Robert Duvall, and Lillian Hellman to make a movie as stupefy-ingly awful as 1966's The Chase. As Parish explains, it takes a very special combination of forces to create hundred-megaton bombs such as Shanghai Surprise, Last Action Hero, and ThePostman--productions with the destructive power to level studios, obliterate careers, and, in some cases, completely transform the way business is done within the industry.

In Fiasco, James Robert Parish brings us behind the scenes of fifteen of the most sensational failures in modern Hollywood history. Beginning with an account of the "Mother of All Megaflops," the 1963 Taylor/Burton escapade Cleopatra, and concluding with the tragicomic story of the 2001 Warren Beatty clinker Town & Country, he regales us with accounts of awesome financial might in the service of blind vanity, towering hubris, titanic egos, and monumentally bad business judgment. And he draws upon his encyclopedic knowledge of the business to chronicle the turning points and industry upheavals--some of them engendered by a previous era's film fiascos--that helped sire these "Iconic Flops."

How did Robert Evans, in his insatiable ambition to produce a blockbuster on par with The Godfather, allow himself to become embroiled in a financing scheme that resulted in the grisly gangland-style murder of a would-be producer on The Cotton Club? How did bringing married superstars Sean Penn and Madonna into the picture transform what began as a promising, relatively modestly priced project into the galaxy-class money pit, Shanghai Surprise? Why did industry moguls allow Kevin Costner's outrageous ego to run disastrously amok twice in two years, first on Waterworld and then The Postman? What role did Scientology play in the making of the ill-starred Battlefield Earth? With his trademark wit and Hollywood insider's nose for the deep dish, Parish provides answers to these and other questions. And in the process, he helps answer the question on the lips of generations of movie buffs: "How in the world did that picture ever get made?"

James Robert Parish is the author of dozens of books about Hollywood and show business, including "The Hollywood Book of Death", "Fiasco: A History of Hollywood's Iconic Flops", and biographies of many celebrities, including Mel Brooks, Whitney Houston, and Jason Biggs.