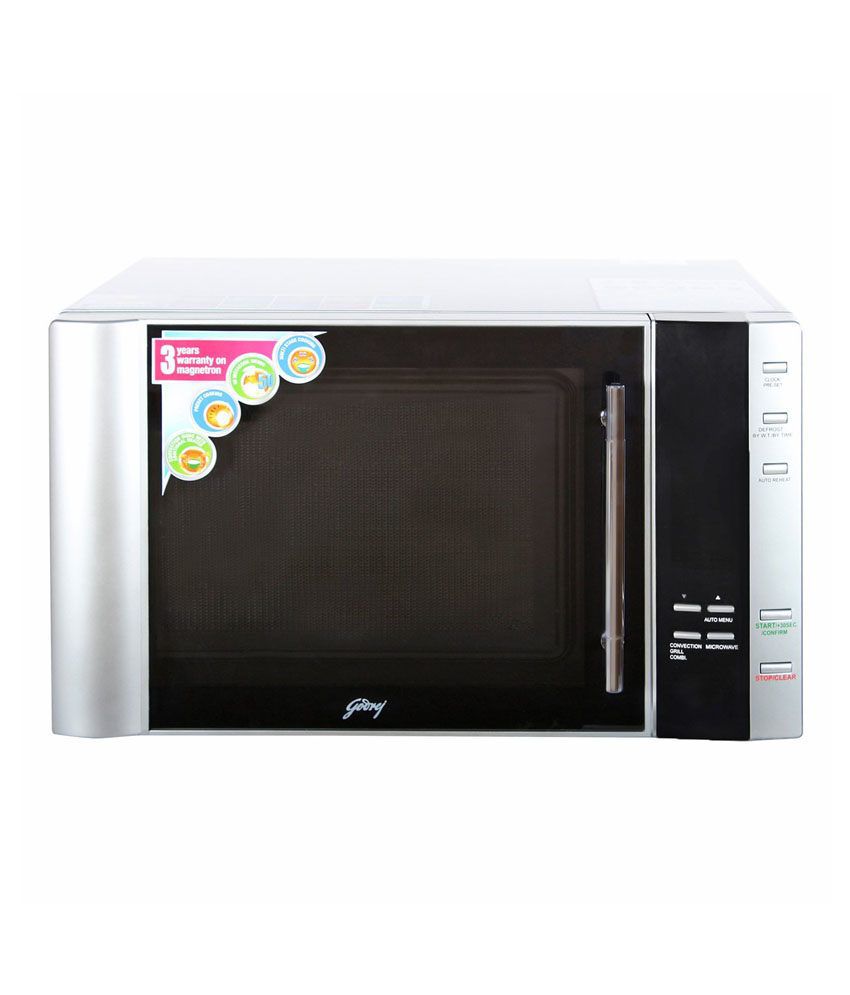 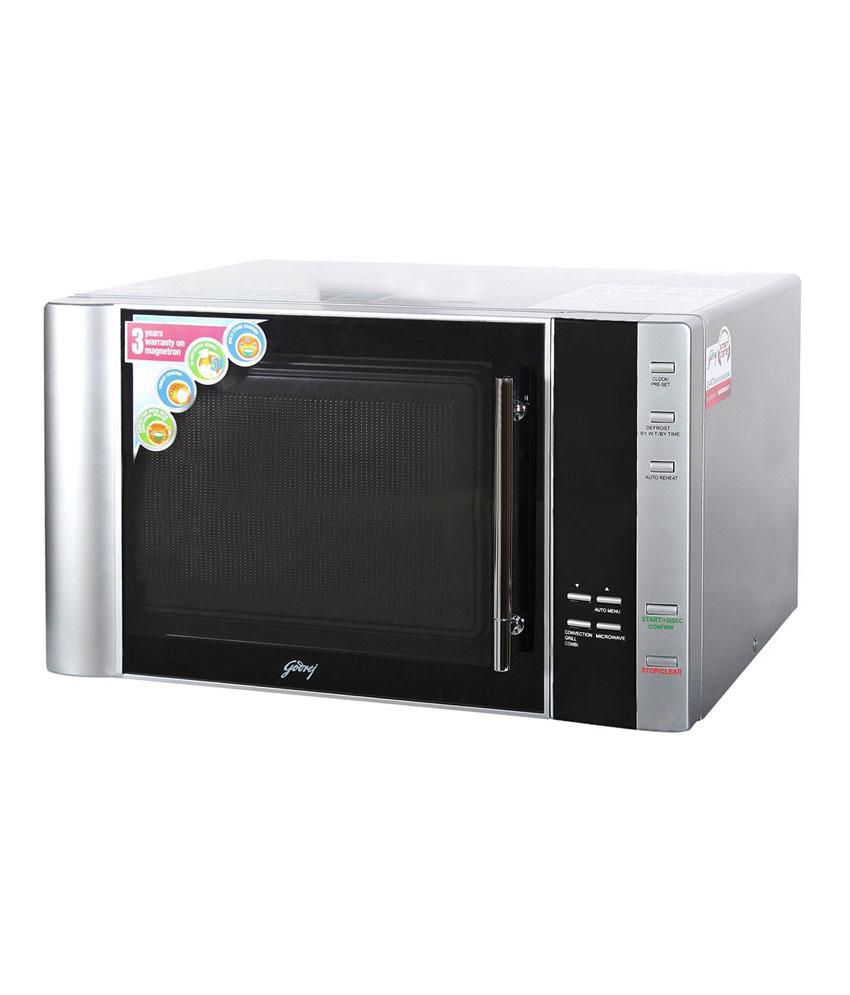 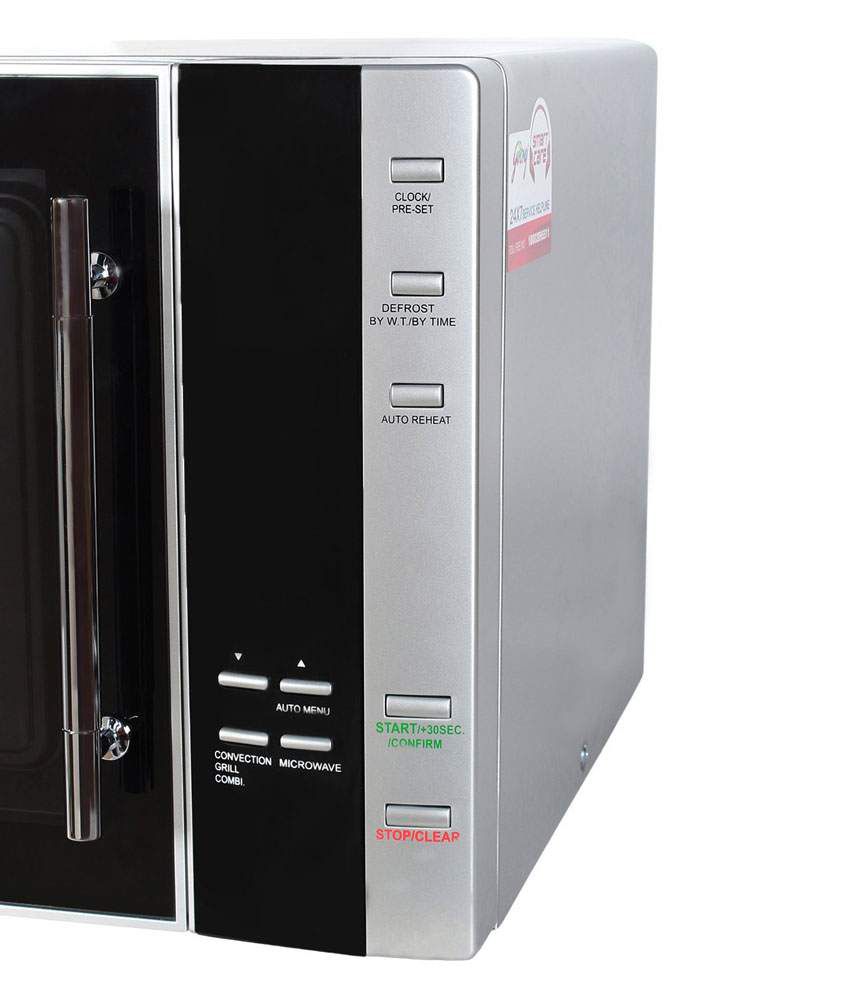 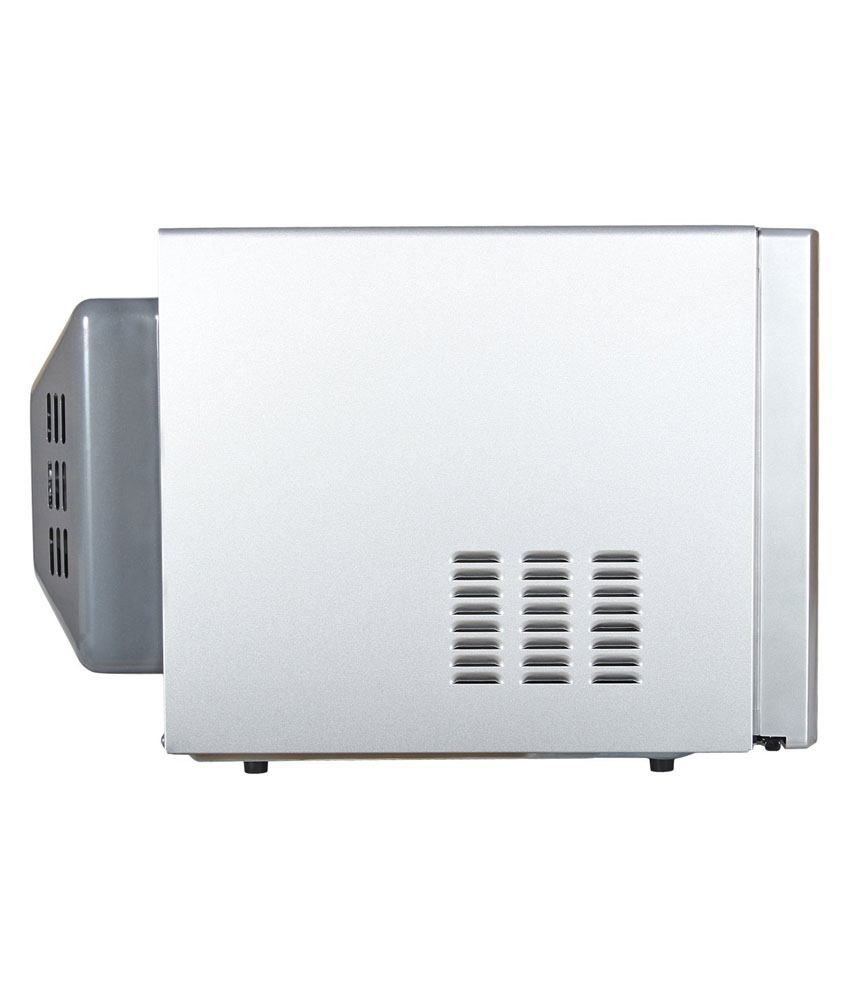 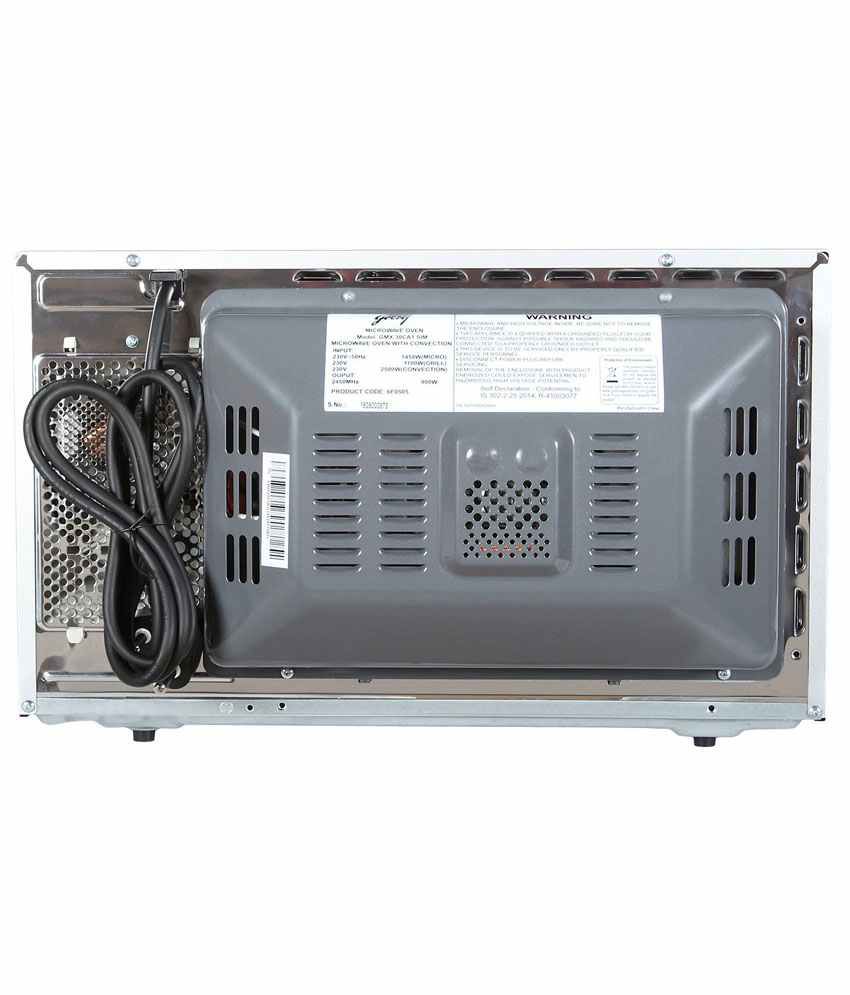 Convection Microwave Ovens are becoming a rage at every home’s kitchen because they serve all the purpose in one tiny box with a few labels and because of their ease of use. And what better in that area than our trusted Godrej! GODREJ GMX 30CA1/30 LTR SIM CONVECTION OVEN is a convection microwave oven with the capacity of 30 litres, 1-year brand warranty, and 50 auto cook recipes to give you the rest on the days you don’t feel like struggling a lot to cook.

GODREJ GMX 30CA1/30 LTR SIM CONVECTION OVEN is a 30 litres capacity microwave oven and is great for a medium sized family. The convection oven lets you cook hearty meals for your family with the capabilities of both a microwave and an oven.

The convection oven has a 4.2-star rating given its sleek design, its 50autocook recipes along with the express cooking feature that allows you to cook your food at a later time. With its quality and brand value, it is obvious that people would choose this oven over and over again.

GODREJ GMX 30CA1/30 LTR SIM CONVECTION OVEN has a design to floor anyone. It looks sleek and classy with a silver colour and Stainless Steel body. It is filled with a Touch Keypad, an LED Display, Child Lock, jet Defrost, and Turntable feature. It also allows you express cooking and lets you cook your food at a later time. Overall, it is a microwave oven with style.

GODREJ GMX 30CA1/30 LTR SIM CONVECTION OVEN has 5 power levels to assure you the best of cooking and heating.

The Express cooking feature lets you cook your food at a later time and set the time at an earlier stage. GODREJ GMX 30CA1/30 LTR SIM CONVECTION OVEN also has multi-stage cooking and preset cooking feature to ease your cooking and make it as relaxed as possible. With combination cooking, you can microwave and grill your food at the same. Basically, you get the best of all worlds with this microwave oven!

With its jet Defrost feature, your frozen food will get heated so quickly that you wouldn’t’t even it had been there! It also has a weight defrost feature where the food would be defrosted on the basis of its weight. The heavier the food, the longer it takes to defrost.

The microwave oven has a Touch Key Pad and an LED display so the time can be set with a click of your fingers. The timer would beep when the food is done.

The product has a child lock system to protect you children from any hazards that might happen when you’re not present.

The deodorize facility of this microwave oven keeps it fresh all the time and hence, you can stop wondering about its hygiene forever.

The microwave oven is very easy to clean and maintain given its sleek design and structure. You can find more amazing products on Snapdeal and have your best pick!