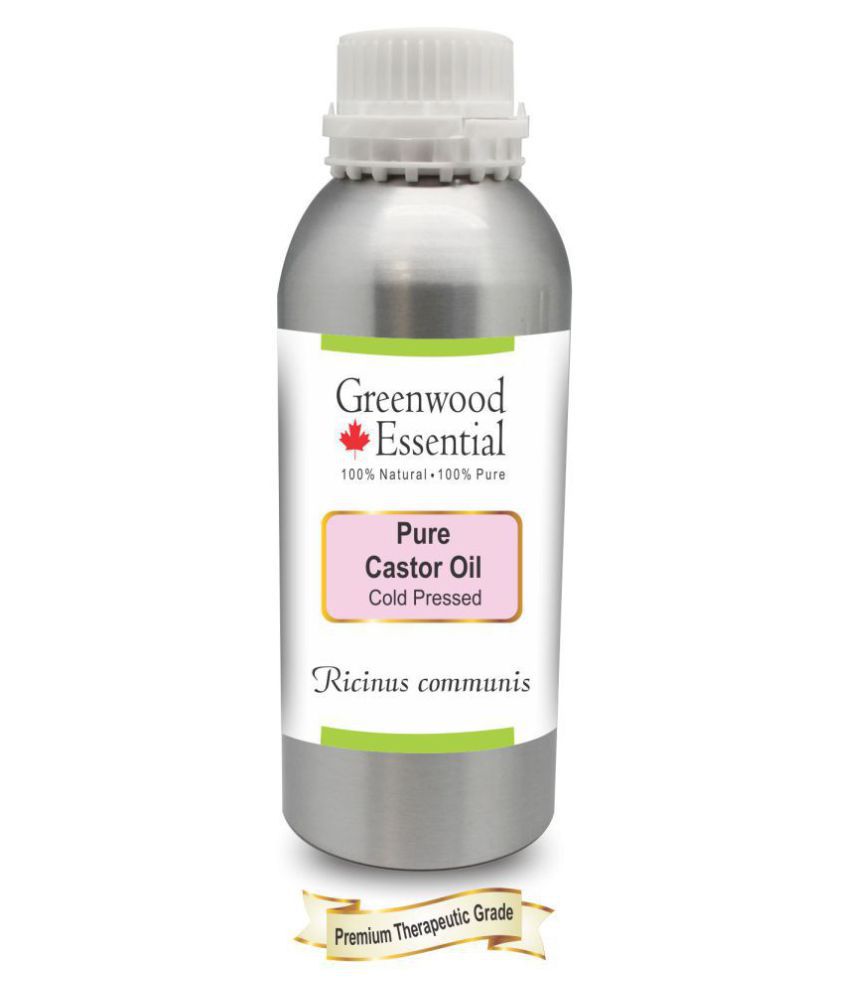 Pure Castor Oil (Ricinus communis)
Castor Oil is tasteless and odorless Oil that is extracted from Castor seeds obtained from the Castor plant, which is scientifically known as Ricinus Communis.
The health benefits of Castor Oil include relief from rheumatism, menstrual disorders, and constipation. It also helps in oral care, proper lactation, birth control, hair care, and skin care.
Even half a century ago, Castor Oil was the stuff of nightmares for many children, and there were sufficient reasons for that. It was extensively used as a purgative, and most peculiarly, as a medicine against almost all ailments in children and the elderly. These possible applicable illnesses ranged from cough, cold, and fever, to constipation, indigestion.
Health Benefits
Rheumatism: The Ricinoleic Acid, Oleic Acid, Linoleic Acid and other fatty acids found in Castor Oil are very effective in the treatment of rheumatism, arthritis, and gout. They easily penetrate through the skin. Castor Oil is many a times mixed with other medicines for rheumatism to facilitate their penetration and to enhance the effects.
Menstrual Disorders: Ricinoleic acid, present in Castor Oil, is an emmenagogue by nature and helps open menstruation in cases of delayed, painful, or obstructed menstruation. It also helps to relieve pain during menstruation.
Skin Care: Castor Oil contains Undecylenic Acid which, due to its germicidal and disinfectant properties, is useful for treating skin diseases and skin ulcers, particularly those which are caused due to bacterial or fungal infections.
Hair Care: The germicidal, insecticidal and fungicidal properties of Ricin and Ricinoleic acid that is present in Castor Oil protects the scalp and hair from microbial and fungal infections, the two prime causes of hair loss. In addition to this, the fatty acids in it nourish hair and prevent the scalp from drying by retaining moisture well.
Constipation: Castor Oil is most widely used as a laxative (better to call it a purgative). It is thus a very effective treatment for extreme cases of constipation where bulk laxatives do not work.
Other Benefits: Used as an effective purgative. Ricinoleic acid is anti-inflammatory by nature. Castor Oil is also used in medication for HIV positive patients, as compounds like Ricinoleic acid and Ricin have germicidal and antiviral effects. Castor Oil is also used on burns and wounds to protect them from infections.
Most Carrier Oils are unscented or lightly scented and don't interfere with an essential oil's therapeutic properties. They may be used alone or with other oils to nourish your skin.