Return form will be sent to your email Id:
Want this item in next 24 hours?
Get an instant SMS with a link to download the Snapdeal App
+91
Please Enter a Valid 10 Digit Number.
Yes, Send Me A Link To The App
GET SMS
SDL814682029
{"SDL814682029":null}
Home
364, 365, 4494, ,
/
Books
/
Fiction Books
/
Literature & Fiction Books
/
Half Girlfriend by Chetan Bhagat
Compare Products
Clear All
Let's Compare!
Selection Error!
You have reached the maximum number of selection. You can select only upto 4 items to compare.
You have already selected this product.
OK
View Order 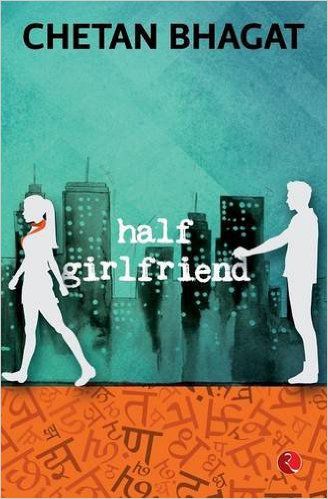 Half Girlfriend by Chetan Bhagat

Madhav is a Bihari boy with big dreams who falls in love with the beautiful Riya, a rich lass from Delhi. There are some fundamental differences between the two. Madhav’s English isn’t all that great, but Riya speaks the best English. Madhav wants Riya to be his girlfriend but Riya disagrees. She wants them to be just friends but he definitely wants more. Riya finally comes up with a suggestion, a compromise – she agrees to become his half-girlfriend! Chetan Bhagat presents a simple and beautiful love story that will move you with all the nuances of a modern-day relationship. It also inspires you to realize your individual dreams.

Chetan Bhagat is a famous contemporary Indian writer, speaker, columnist and novelist. He was born in New Delhi in 1974. Considered one of India's most popular writers of fiction, Chetan Bhagat is an alumnus of the Indian Institute of Technology, Delhi and the Indian Institute of Management, Ahmedabad. Before becoming a fulltime writer, Chetan worked as an investment banker for a few years. The New York Times called him ‘the biggest selling English language novelist in India’s history’. Some of Chetan's other notable works are Five Point Someone, One Night at the Call Centre, 2 States, The 3 Mistakes of My Life, and Revolution 2020. Three of his books have been adapted into Bollywood movies, two of which went on to become massive hit movies: 3 Idiots and Kai Po Che!

Half Girlfriend by Chetan Bhagat