Return form will be sent to your email Id:
Want this item in next 24 hours?
Get an instant SMS with a link to download the Snapdeal App
+91
Please Enter a Valid 10 Digit Number.
Yes, Send Me A Link To The App
GET SMS
SDL819640757
{"SDL819640757":null}
Home
516, 46138845, 517, ,
/
Movies & Music
/
Movies & Entertainment
/
Hollywood Movies
/
Harry Potter And The Deathly Hallows: Part 1 (English) [DVD]
Compare Products
Clear All
Let's Compare!
Selection Error!
You have reached the maximum number of selection. You can select only upto 4 items to compare.
You have already selected this product.
OK
View Order 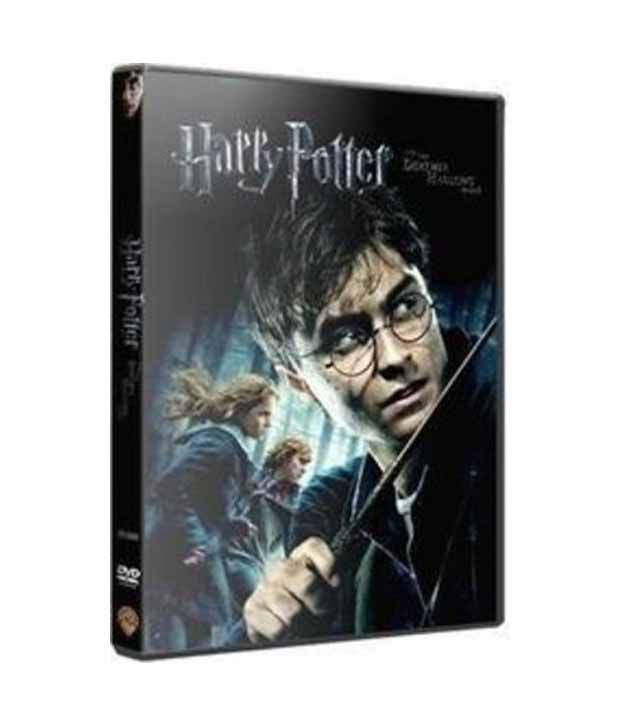 Voldemort's power is growing stronger. He now has control over the Ministry of Magic and Hogwarts. Harry, Ron, and Hermione decide to finish Dumbledore's work and find the rest of the Horcruxes to defeat the Dark Lord. But little hope remains for the Trio, and the rest of the Wizarding World, so everything they do must go as planned. Additional Scenes 1) The Seven Harrys: See How Daniel Radcliffe Re-created the Personalities of the Multiple Harrys in the Privet Drive Scene 2) On the Green with Rupert, Tom, Oliver and James: Join Rupert Grint (Ron Weasley), Tom Felton (Draco Malfoy), James Phelps (Fred Weasley) and Oliver Phelps (George Weasley) for a Round of Golf and a Glimpse into Their 10-Year Friendship 3) Dan, Rupert and Emma's Running Competition 4) Gallery of Mini Documentaries including The Frozen Lake and The Harry and Nagini Battle. 5) Harry Potter and the Deathly Hallows - Part 1: Behind the Soundtrack.