Return form will be sent to your email Id:
Want this item in next 24 hours?
Get an instant SMS with a link to download the Snapdeal App
+91
Please Enter a Valid 10 Digit Number.
Yes, Send Me A Link To The App
GET SMS
SDL315905014
{"SDL315905014":null}
Home
364, 372, 46101968, 46104976, ,
/
Books
/
Children & Young Adult Books
/
Children Fiction
/
Teens Fiction
/
Harry Potter and the Order of the Phoenix Paperback (English)
Compare Products
Clear All
Let's Compare!
Selection Error!
You have reached the maximum number of selection. You can select only upto 4 items to compare.
You have already selected this product.
OK
View Order 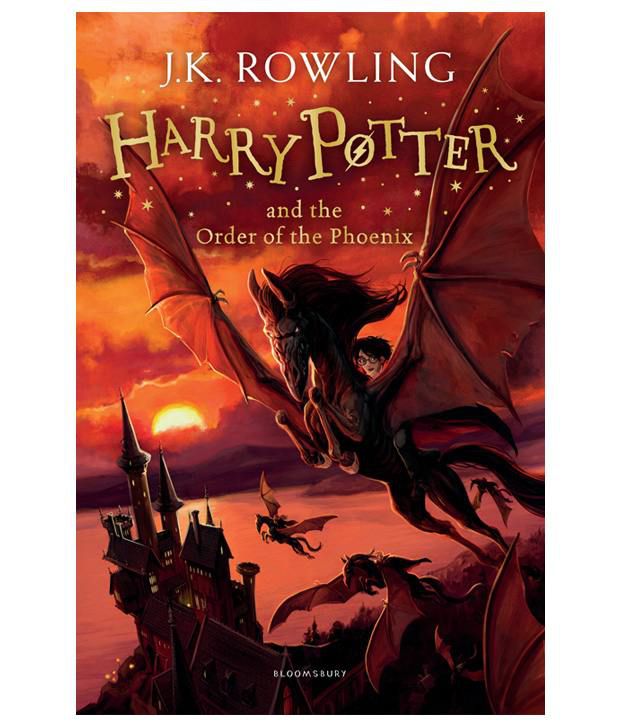 Harry Potter and the Order of the Phoenix Paperback (English)

Harry Potter and the Order of the Phoenix was published in the year 2014 by Bloomsbury Publishing.

Synopsis
Harry finds out that he is not alone in fighting the demented Voldemort. Many years ago there was a secret society formed specially to fight against Voldemort. Headmaster Dumbledore knows answers to all and is also the one whom Voldemort fears.
J.K. Rowling once again brings the magic in the book which would keep the readers feel the adventure.

About the Author
J.K Rowling is a British novelist, film producer and screenwriter. She is best known for Penning down Harry Potter Series. The series has gained popularity worldwide. Millions of copies were sold of every part. They were also transformed into movies that are one of the best pictures which is appreciated worldwide.
She also has written The Cuckoo's Calling, The Silkworm , Career of Evil, The Casual Vacancy.
In 2007, she was ranked 48th most powerful celebrity by Forbes.

Harry Potter and the Order of the Phoenix Paperback (English)