Return form will be sent to your email Id:
Want this item in next 24 hours?
Get an instant SMS with a link to download the Snapdeal App
+91
Please Enter a Valid 10 Digit Number.
Yes, Send Me A Link To The App
GET SMS
SDL577108113
{"SDL577108113":null}
Home
516, 46138845, 517, ,
/
Movies & Music
/
Movies & Entertainment
/
Hollywood Movies
/
House of Cards Trilogy ( DVD )- English
Compare Products
Clear All
Let's Compare!
Selection Error!
You have reached the maximum number of selection. You can select only upto 4 items to compare.
You have already selected this product.
OK
View Order 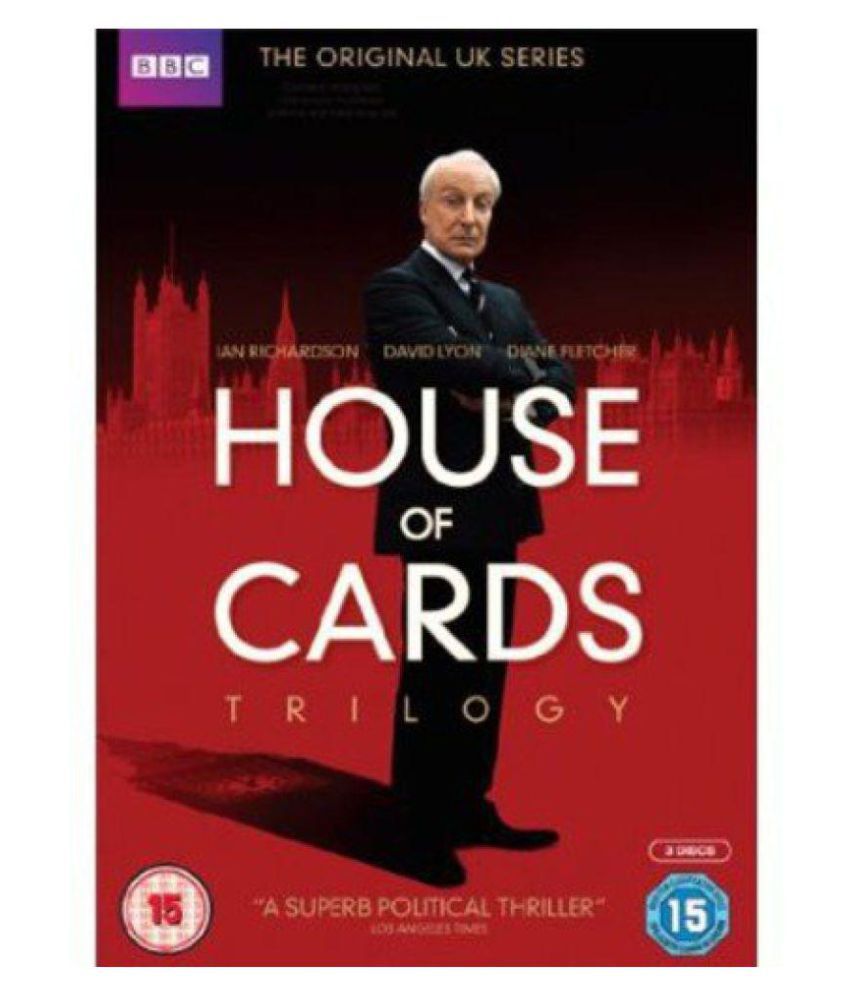 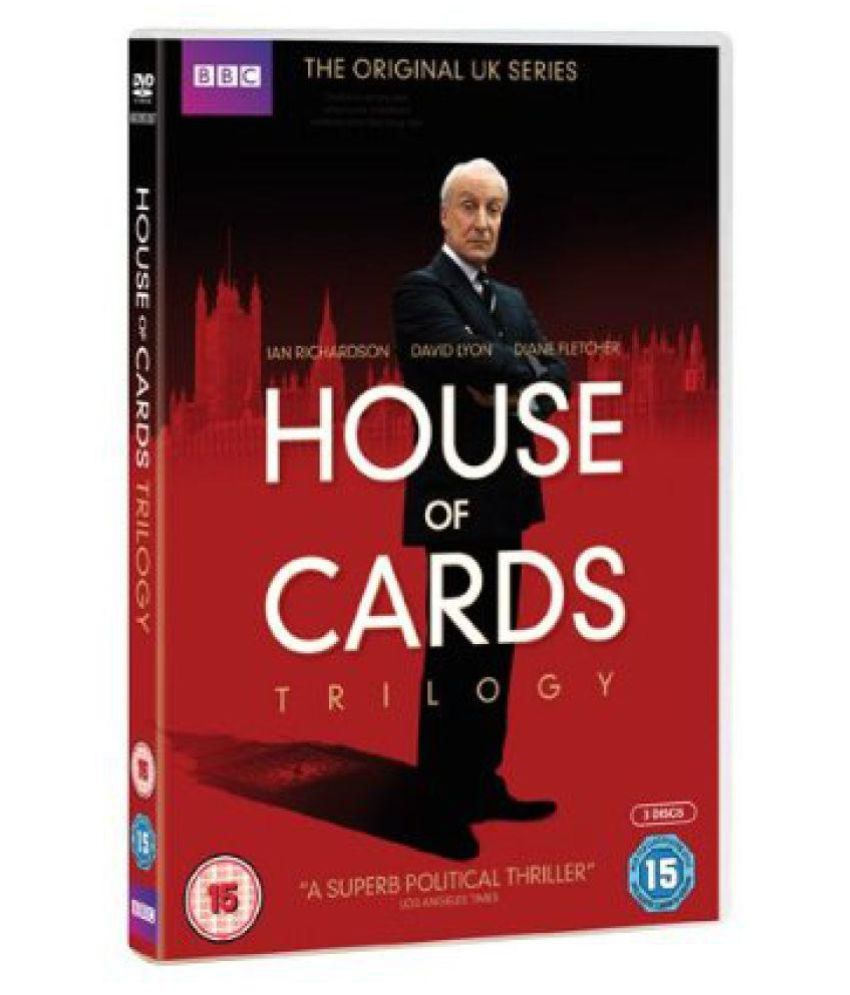 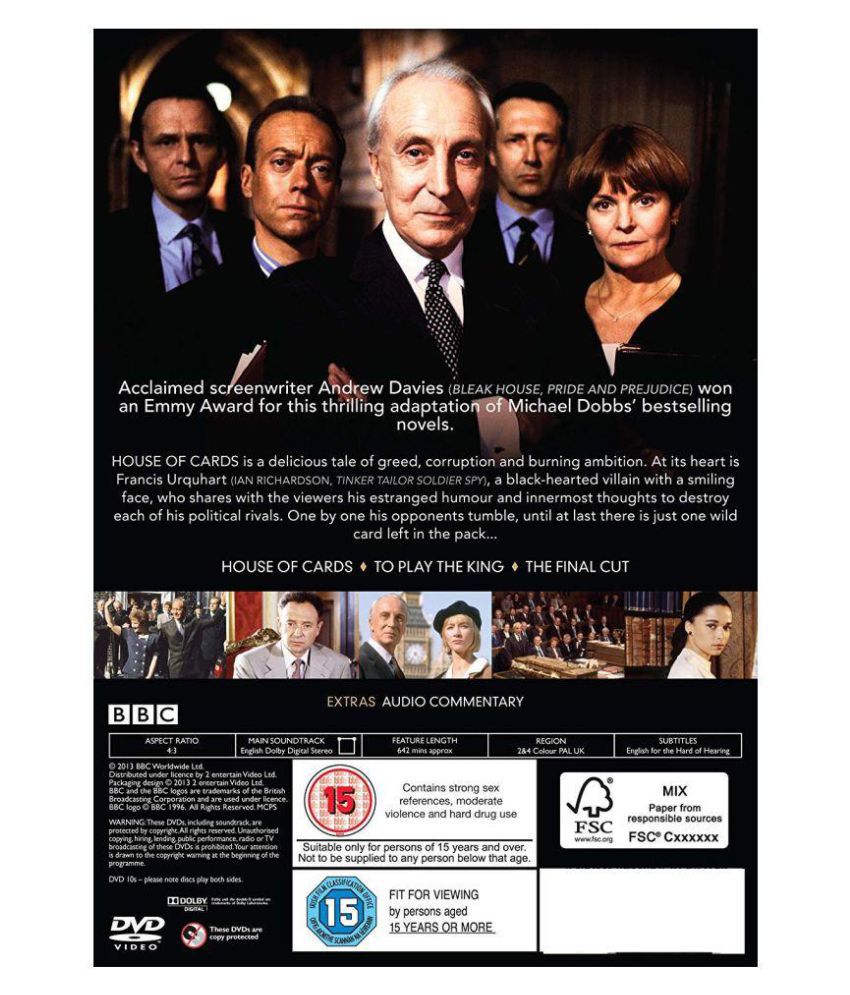 Adapted for the screen by Davies (Pride and Prejudice, Bleak House), House of Cards is a spell-binding dissection of naked ambition, greed and rampant hypocrisy in the corridors of power. The series documents in thrilling detail the rise of Tory Chief Whip Francis Urquhart (Ian Richardson, Dark City, Becoming Jane), a man with unwavering contempt for those with "no background, no bottom." With the downfall of Margaret Thatcher, a bitter internecine power struggle ensues within the Conservative Party. Urquhart schemes more devilishly than Iago to depose Thatcher's colorless John Major-style successor. And even Machiavelli would baulk at Urquhart's methods. Any and every act -- including murder -- is legitimate and the ends very much justify the means.