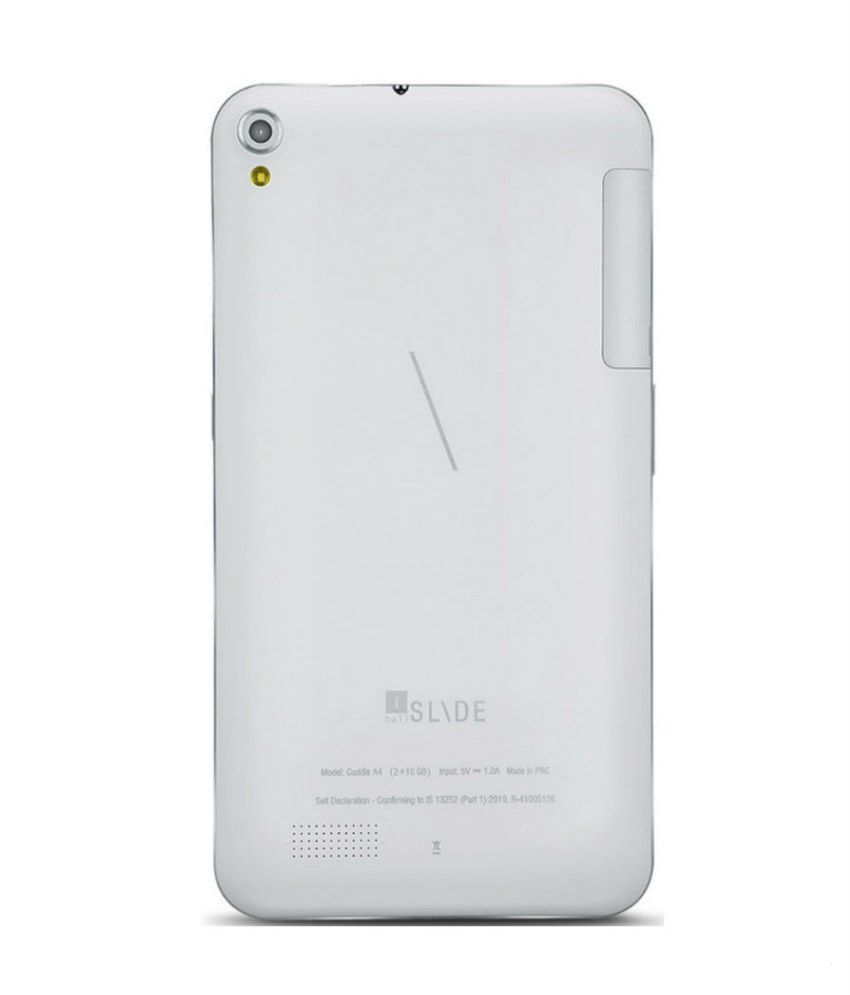 This product has been sold out
http://www.iball.co.in/Service_Centres serviceCentreDetails
3.4 83 24 (3.4) 83 Ratings 24 Reviews Have a question?
Service Centre Details
pay
Rs  4,593
We will let you know when in stock
notify me
Thank you for your interest

The IBall slide Cuddle A4 16GB 3G Calling Tablet is a tablet from the IBall Company that everyone was waiting for without even knowing it. Loaded with excellent specs and a dependable company, which has priced the product just right, is what makes this tablet tick.

This high-end tablet has much in store for the modern day professional who often has need of more than one SIM. This tablet has dual SIM ports, both of which are 3G and 2G enabled, allowing the users to switch easily.

The IBall slide Cuddle A4 16GB 3G Calling Tablet has a capacitive touch panel which recognises Multi-touch which is often helpful in many apps. The tablet has a huge screen size of 17.65 cm (6.95) which has a display resolution of 1024x600 pixels which is excellent for watching movies, playing games on the tablet or simply reading books and even editing documents on the tablet.

What makes the IBall slide Cuddle A4 16GB 3G Calling Tablet truly click amongst the users is the octa-core Cortex A7 processor which runs at a clock frequency of 1.7 GHz combined with a 2 GB DDR3 Ram which makes for a lethal combination. Be it any type of game, or any other heavy app, the tablet will be able to handle it all.

This completely dependable tablet has something for everyone. If one likes to click a lot of pictures, they will not be disappointed with this tablet. The tablet has a 2.0 MP front facing camera along with a 5.0 MP rear camera, with Flash, enabling the users to take pictures in the night time as well.

The IBall slide Cuddle A4 16GB 3G Calling Tablet is loaded with lots of connectivity options. It has 3G enabled browsing, Wi-Fi which always comes in handy while on the go, a USB port for dongle as well, and a Bluetooth version of 4.0 which makes transferring files between phones, tablets, and even laptops easily possible.

This is truly an impressive tablet because it has a memory of 16GB out of which 6GB is available for the users. The memory is expandable to 32GB, easily taking care of storage of movies, songs, games, apps, documents, and more.

It has a 2800 mAh li-ion battery making it truly a dependable tablet.