Return form will be sent to your email Id:
Want this item in next 24 hours?
Get an instant SMS with a link to download the Snapdeal App
+91
Please Enter a Valid 10 Digit Number.
Yes, Send Me A Link To The App
GET SMS
SDL497274586
{"SDL497274586":null}
Home
364, 378, 4480, ,
/
Books
/
Hobby & Craft Books
/
Music, Films & Entertainment Books
/
If...: Turner Classic Movies British Film Guide
Compare Products
Clear All
Let's Compare!
Selection Error!
You have reached the maximum number of selection. You can select only upto 4 items to compare.
You have already selected this product.
OK
View Order 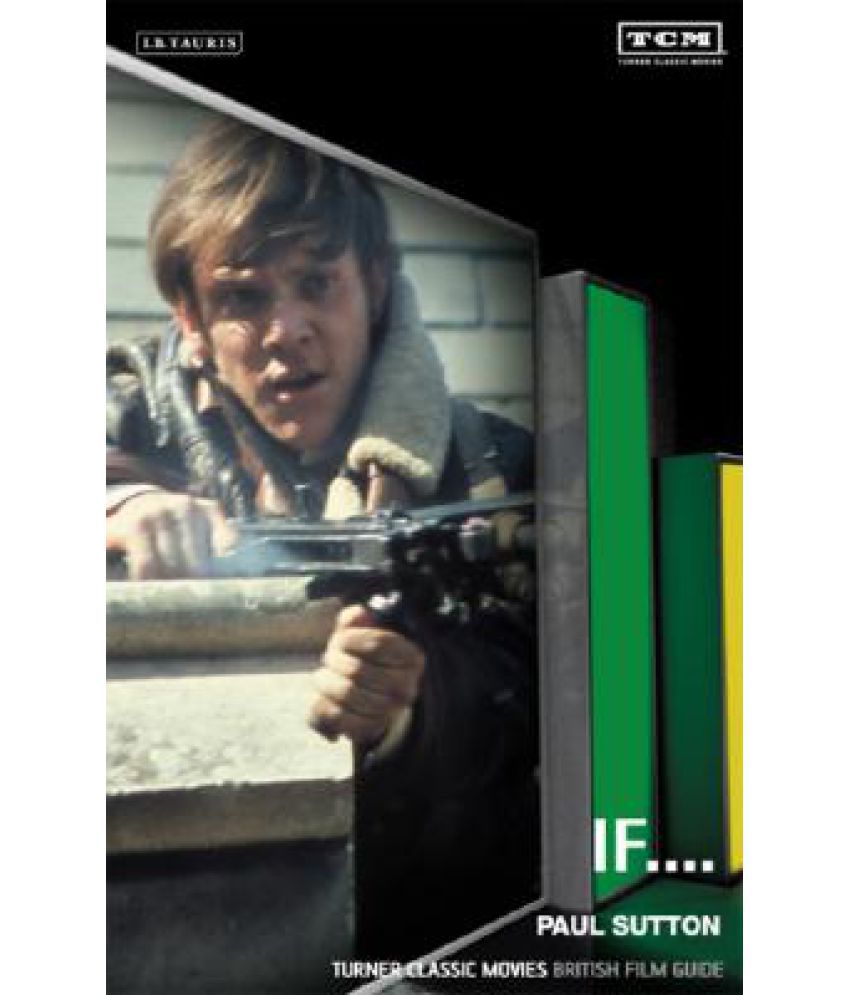 I grew up in the Hollywood Hills of Los Angeles, California (Laurel Canyon) during the 1960's. The movie 'Soylent Green' and the chest pain I experienced with deep breaths during smog alerts had a significant impact on me and my nascent perception of the Human-Environment-Sustainability problematic. I later moved to Santa Barbara during my High School years and was deeply influenced by the works of Rachel Carson, Paul Ehrlich, and Garrett Hardin. Needless to say my early childhood experiences primed me to be significantly influenced by apocalyptic movies and neo-malthusian jeremiads. I spent my undergraduate daze at Union College in Schenectady New York. I began as a naive pre-med but I ended up with a Chemistry degree and a desire to work in the area of environmental cleanup. I soon learned that EPA Superfund sites spend more of the clean up funds on lawyers in three piece suits than on chemists in Hazmat suits. This only seeded my latent cynicism as I volunteered for Zero Population Growth while I taught High School Chemistry, Physics, and Math at the Anacapa School in Santa Barbara. I later did some time as a process engineer at the Santa Barbara Research Center where I participated in the design, fabrication, and testing of infrared sensors for scientific and military equipment including satellite sensors. I discovered Geography through friends that were graduate students in Geography at UCSB in the early 1990s. I milked my time as a graduate student in the Geography Department at UCSB for as long as I could obtaining an M.A. in Geography in 1995, an M.A. in Statistics in 1997, and a PhD in Geography in 1999. My dissertation was titled: "Census from Heaven: Estimation of human population parameters using nighttime satellite imagery and GIS." I am deeply indebted to many faculty at UCSB for their guidance and their service to the discipline. I took a position in the Geography Department at the University of Denver in the Fall of 1999 and have been here since then. I have many interests spanning much of geography but ranging into ecology, economics, and philosophy. Most of my research focuses on applied issues associated with the Human-Environment-Sustainability problematic. I do a great deal of work with nighttime satellite imagery derived from the Defense Meteorological Satellite Program s Operational Linescan System (DMSP OLS). Data products derived from DMSP OLS imagery are being used to map and estimate human population distribution, energy consumption, economic activity, urban extent, CO2 emissions, Ecological Footprints, and more. The tools needed to engage in this research are remote sensing, geographic information analysis, and statistics. I also am interested in the development of the discipline of ecological economics. I use my expertise in GIS and spatial data analysis in collaborations with economists and ecologists to make spatially explicit valuations of ecosystem services. Nonetheless my interests are quite broad and I have had students write theses and dissertations in areas ranging from crime mapping to explaining high-stakes testing scores in the public schools to mapping invasive species. My fascination with apocalyptic movies has not faded though and I teach a first year seminar titled: Utopia, Dystopia, and the End of the World. I do my small part to insure that 'Soylent Green' remains in the lexicon of the culturally literate. I also teach geographic statistics, population geography, and ecological economics. I try to serve the discipline of Geography primarily by teaching and mentoring students in a way that prepares them to be informed and active citizens, provides them with unique and relevant skills that helps them pursue meaningful careers, and provokes and stimulates their curiosity and intellect in ways that insures that they appreciate that a geographic perspective is essential to a rich intellectual life.