Sorry! India After Gandhi: The History Of The World's Largest Democracy Paperback (English) 2008 is sold out. 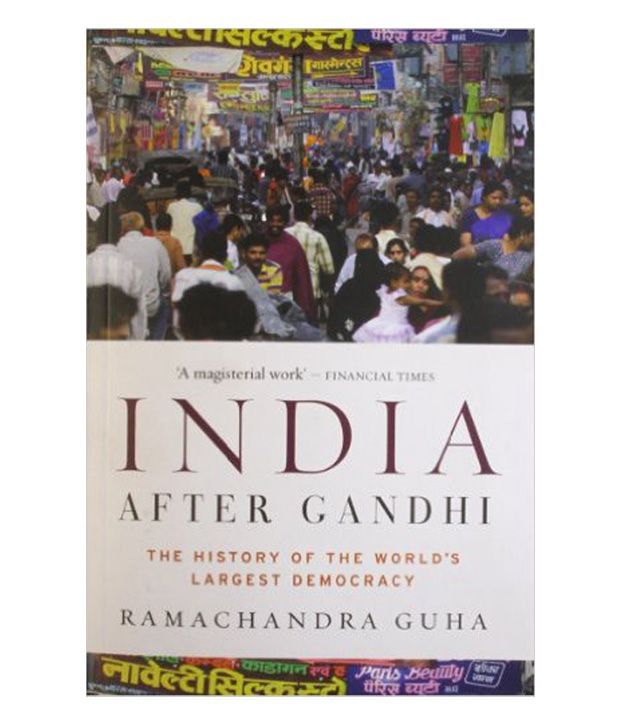 India After Gandhi: The History Of The World's Largest Democracy Paperback (English) 2008

This product has been sold out
serviceCentreDetails
4.3 50 5 (4.3) 50 Ratings 5 Reviews Have a question?
pay
Rs  674
We will let you know when in stock
notify me
Thank you for your interest

Authored by Ramachandra Guha, India After Gandhi: The History Of The World's Largest Democracy, is published by Picador India Publishers.

India After Gandhi: The History Of The World's Largest Democracy is a book that traces the history of India's independence. It details the developments that have taken place in the country in last 60 years since India got independence in 1947. The unification of the communities despite caste, creed, religion, language and sects has been explained beautifully in the book. The author has highlighted the key aspects that gave way to establishment of India as a sovereign, independent and democratic nation.
Various subjects described in the book include Integration of Muslims and Hindus post-partition, the defeat against the Chinese, and the extraordinary execution of elections. It highlights the aspects that were instrumental in Indira Gandhi's resolve to lead the liberation of Bangladesh. The days of emergency and its consequences on the civil society have been detailed in the book.
From farmers, musicians, tribals to working class and elites, Guha has provided a contrasting picture of India in this book. It is written meticulously citing well researched facts. It won the Sahitya Akademi Award for English in 2011, and has been chosen as the Book of the Year by The Wall Street Journal, The Economist, and Outlook.

Ramachandra Guha was born in 1958. He graduated in BA Economics in 1977 and did his post-graduation from IIM-Calcutta. He taught at Berkeley, Stanford University, Yale University and various other institutes for over 15 years.
Guha is an Indian author, columnist, and historian. He specializes in cricket, social, environmental and political history. In 2011, he became the Philippe Roman Chair in History and International Affairs at the London School of Economics and Political Science. Guha also writes columns for leading newspapers like Hindustan Times and The Telegraph. He received Padma Bhushan Award in the year 2009. He has also won the R. K. Narayan Prize, and the U.K. Cricket Society's Literary Award.