Return form will be sent to your email Id:
Want this item in next 24 hours?
Get an instant SMS with a link to download the Snapdeal App
+91
Please Enter a Valid 10 Digit Number.
Yes, Send Me A Link To The App
GET SMS
SDL284712956
{"SDL284712956":null}
Home
516, 46138845, 517, ,
/
Movies & Music
/
Movies & Entertainment
/
Hollywood Movies
/
Inside Out and Frozen - 3D BD
Compare Products
Clear All
Let's Compare!
Selection Error!
You have reached the maximum number of selection. You can select only upto 4 items to compare.
You have already selected this product.
OK
View Order 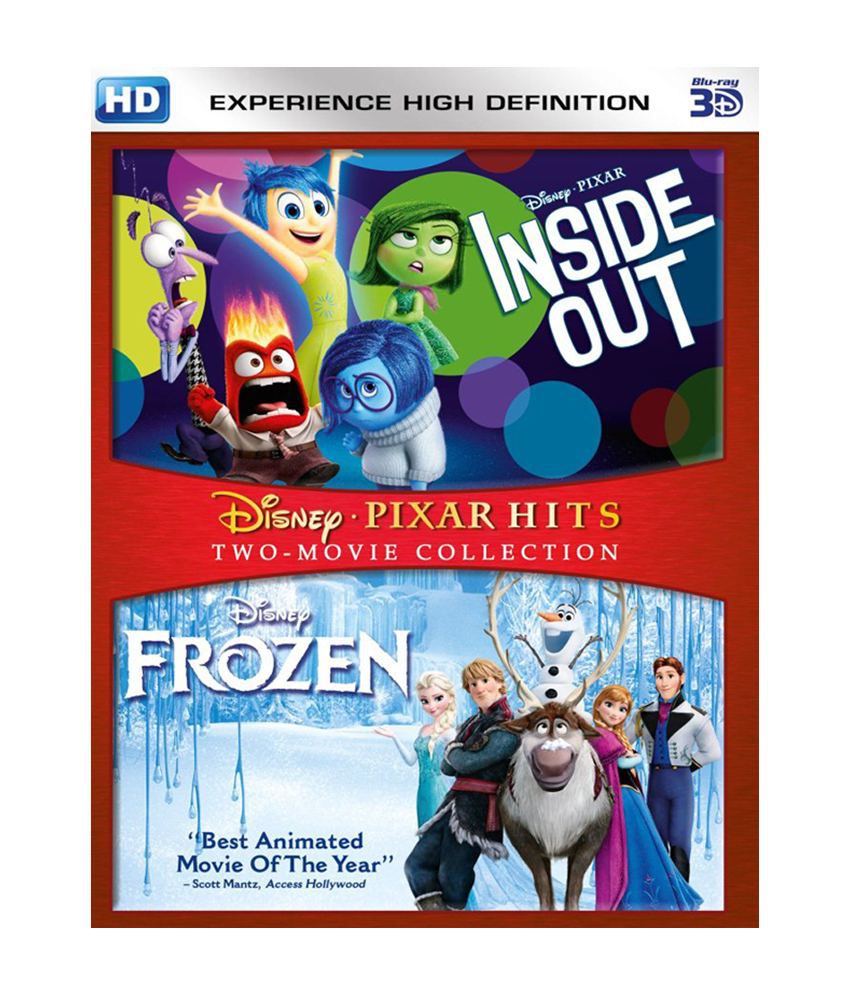 Inside Out and Frozen - 3D BD

The Inside Out and Frozen movie combo is sure to provide great entertainment. Inside Out is a 3D computer-animated comedy-drama adventure produced by Pixar Animation Studios. The movie was released on June 19, 2015 by Walt Disney Pictures. The film was directed and co-written by Pete Docter and written and co-written by Ronnie del Carmen. Jonas Rivera produced the movie with music composed by Michael Giacchino. The movie is set in the mind of a young girl where five personified emotions-Joy, Sadness, Fear, Anger, and Disgust try to lead her through life as her parents. The film grossed $90.4 million in its first-weekend collection. Frozen is a 2013 American 3D computer-animated musical fantasy film produced by Walt Disney Animation Studios. Released in 2013, the film tells us the story of a fearless princess who on her journey with rugged iceman, reindeer, and snowman to find her estranged sister. Her sister is known to have icy powers have trapped the kingdom in eternal winter. The soundtrack features 10 original songs which were written and composed by Kristen Anderson-Lopez and Robert Lopez. Christophe Beck composed the film background score. Frozen features the story of Anna (voice of Kristen Bell) who sets off on an epic journey to save the kingdom.

Inside Out and Frozen - 3D BD