Return form will be sent to your email Id:
Want this item in next 24 hours?
Get an instant SMS with a link to download the Snapdeal App
+91
Please Enter a Valid 10 Digit Number.
Yes, Send Me A Link To The App
GET SMS
SDL189349160
{"SDL189349160":null}
Home
364, 384, 4505, ,
/
Books
/
Philosophy Books
/
History & Surveys Books
/
Interactions
Compare Products
Clear All
Let's Compare!
Selection Error!
You have reached the maximum number of selection. You can select only upto 4 items to compare.
You have already selected this product.
OK
View Order 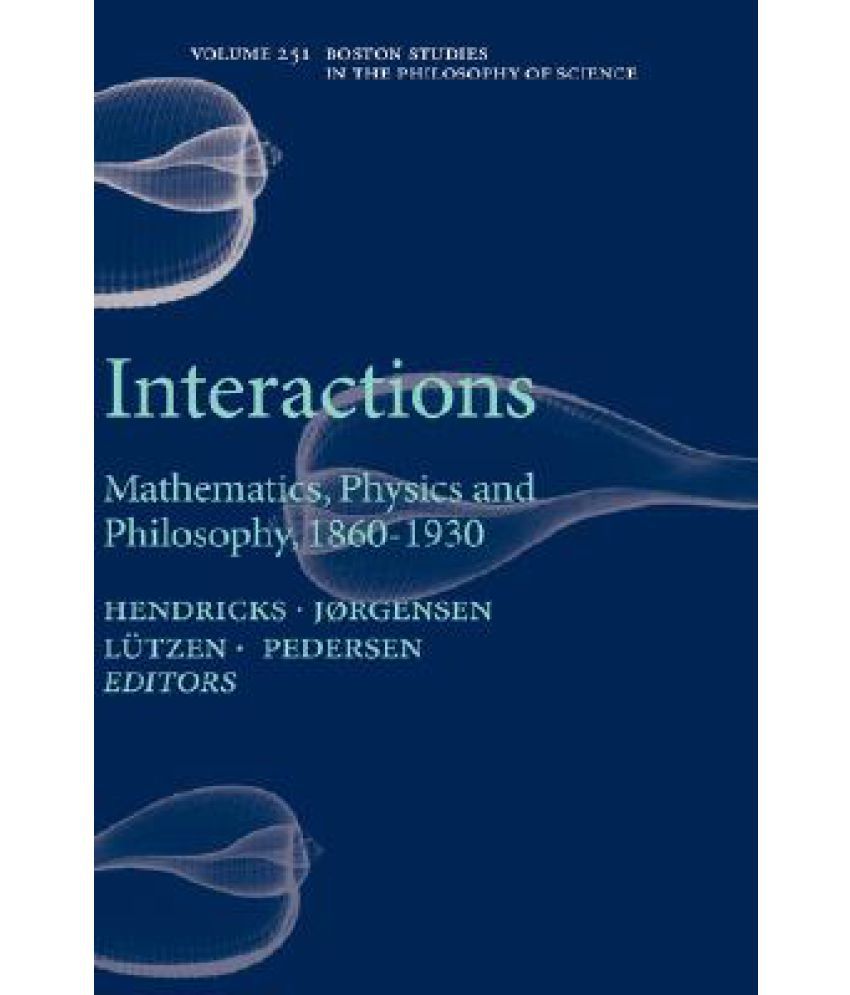 The main theme of this anthology is the unique interaction between mathematics, physics and philosophy during the beginning of the 20th century. In this book, ten renowned philosopher-historians probe insightfully into key conceptual questions of pre-quantum mathematical physics. The result is a diverse yet thematically focused compilation of first class papers on mathematics, physics and philosophy, and a source-book on the interaction between them.

This is an outstanding collection of original essays. All of them concern
the history and philosophy of mathematics and physics in the years from
1870 to 1930. More specifically, they are intellectual histories of the
interactions between the three disciplines, philosophy, mathematics and
physics, in that period. And as the essays bring out, what a period it
was: of both ferment and synergy, heat and light! Most of the
giants - especially Helmholtz, Hertz, Poincare, Hilbert, Einstein and
Weyl - are here: engaging not just in physics and mathematics but also in
philosophy, often together, or with figures like Schlick. The editors are
to be congratulated on a major contribution to our understanding of one
of the most complex but fertile periods in the history of all three
disciplines.

This stimulating volume covers a wide range of topics which are of direct interest to anyone who thinks about the curious relation between mathematics and the natural world. Philosophers often pose interesting questions about the "dispensability" of mathematics to science. But they too often overlook the wealth of philosophical perplexities that can arise in detailed examples and case studies, both contemporary and historical. This volume refocuses our attention by addressing a number of topics connected to applied mathematics, any one of which is worthy of every philosopher s attention.

What to make of neo-Kantianism in its hey-day, from 1840-1940? It was the most prolific of times and the most seminal, it was the most muddled and confused, it is philosophy working at its hardest with science and most damagingly against science.

It is examined here episodically, as it engaged individual scientists: Helmholtz, Hertz, Poincare, Minkowski, Hilbert, Eddington and Weyl. If Einstein is not in their number, he had to contend with their influence, and anyway he transformed their agenda. The essays on these figures are glinting in their focus and scholarship. Whatever one thinks of neo-Kantianism, this book is history and philosophy of science at its best: mathematically and physically informed, historically engaged, and philosophically driven.

pre-quantum mathematical physics, from Helmholtz and Boltzmann, through Hertz and

Lorentz, to Einstein, Weyl and Eddington, with an interesting aside on the rarely studied

philosophy of Federigo Enriques. A rich and effective display of what the critical history

of science can do for our understanding of scientific thought and its achievements.