Return form will be sent to your email Id:
Want this item in next 24 hours?
Get an instant SMS with a link to download the Snapdeal App
+91
Please Enter a Valid 10 Digit Number.
Yes, Send Me A Link To The App
GET SMS
SDL922203798
{"SDL922203798":null}
Home
364, 365, 46102000, ,
/
Books
/
Fiction Books
/
Action, Adventure & Thriller Books
/
It Happens Every Day: Inside the World of a Sex Crimes DA
Compare Products
Clear All
Let's Compare!
Selection Error!
You have reached the maximum number of selection. You can select only upto 4 items to compare.
You have already selected this product.
OK
View Order 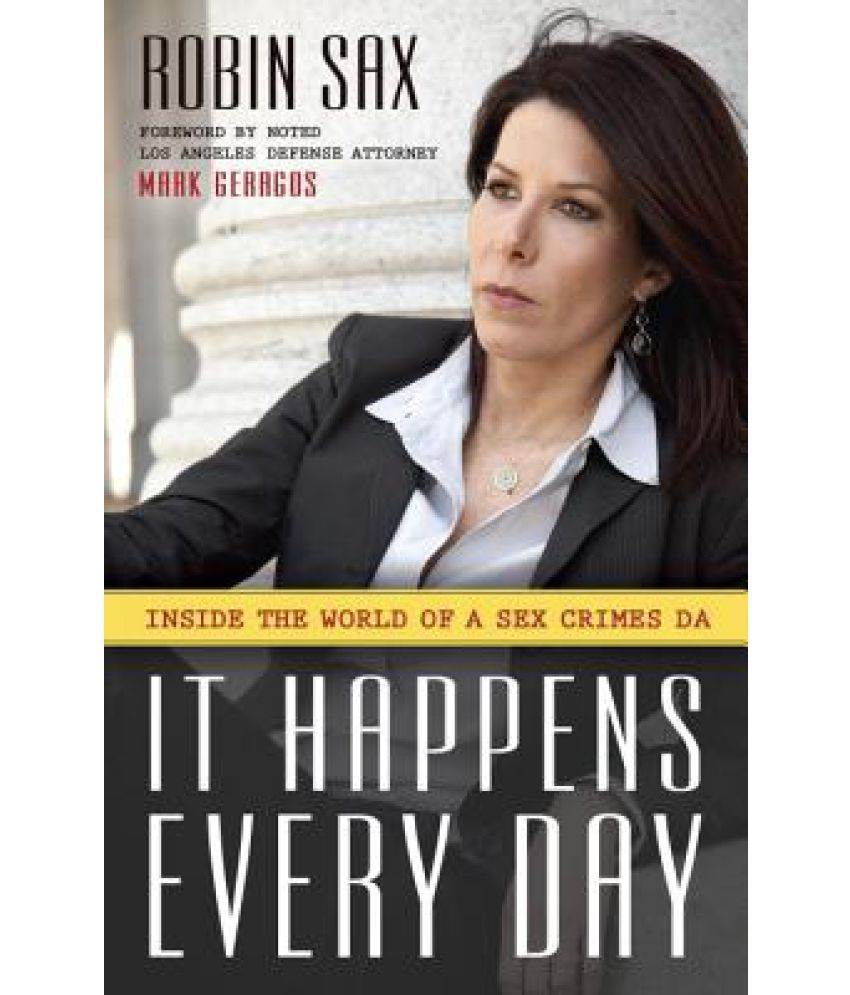 It Happens Every Day: Inside the World of a Sex Crimes DA

Robin Sax has spent the bulk of her career as deputy district attorney for the County of Los Angeles and specializing in crimes against children. She is also a legal analyst and commentator, often featured on Larry King Live, CNN, and Fox News, where she has covered high-profile as well as underreported news stories.

Robin is the author "Predators and Child Molesters: A Sex Crimes DA Answers Parents' 100 Most-Asked Questions; It Happens Everyday: Inside the Life of a Sex Crimes DA", " "which will be released in spring 2009 by Prometheus Books.

Robin is also the author of "Everything I Know About Parenting I Learned in Court: How To Raise Disciplined Kids, "due out Summer 2009". "Robin Sax is now completing "The Complete Idiot's Guide to the Criminal Justice System, " to be published in May 2009 by Penguin USA""

Robin is an instructor for the Los Angeles Police Department, Los Angeles County Sheriff's Department, and the California District Attorneys Association. She is also a lecturer at UCLA's paralegal program, and is adjunct professor at Cal State, Los Angeles.

As a highly sought-after speaker on Internet safety, Robin Sax educates hundreds of parents every year on how to prevent their children from becoming victim of the Internet. Her Internet safety course teaches parents how to acquire the tools to get tech savvy quickly, become familiar with the symptoms of Internet danger, become trained to recognize cyber-crimes and cyber-bullying, and leave the course with the ability to develop a personalized family Internet protocol.

Robin is also the founder of Justice Interrupted, a program with the mission to raise public awareness on underreported crimes against people. Justice Interrupted's mission is to provide awareness, advocacy, and education to those whose lives have been interrupted by crime.

It Happens Every Day: Inside the World of a Sex Crimes DA