Return form will be sent to your email Id:
Want this item in next 24 hours?
Get an instant SMS with a link to download the Snapdeal App
+91
Please Enter a Valid 10 Digit Number.
Yes, Send Me A Link To The App
GET SMS
SDL221253781
{"SDL221253781":null}
Home
364, 4362, 4497, ,
/
Books
/
Non Fiction Books
/
History & Politics Books
/
Joannis Miltonii Angli, Epistolarum Familiarium Liber Unus Quibus Accesserunt, Ejusdem, Jam Olim in Collegio Adolescentis, Prolusiones Quaedam Oratori
Compare Products
Clear All
Let's Compare!
Selection Error!
You have reached the maximum number of selection. You can select only upto 4 items to compare.
You have already selected this product.
OK
View Order 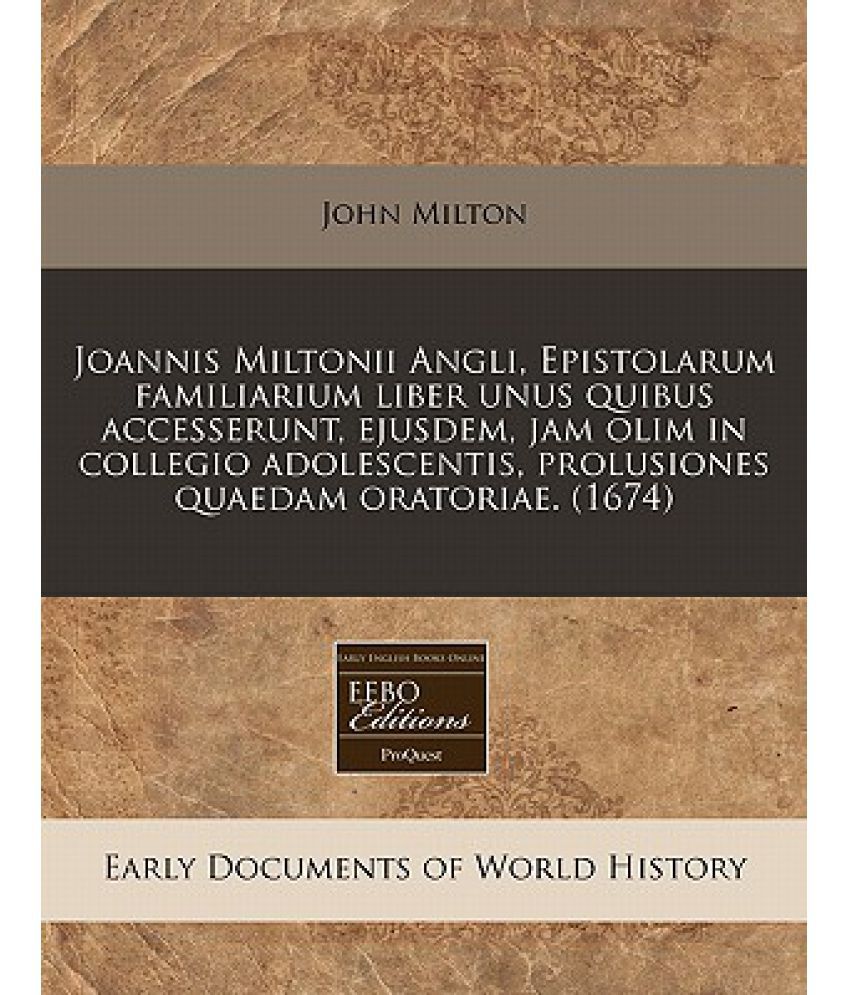 John Milton was a seventeenth-century English poet, polemicist, and civil servant in the government of Oliver Cromwell. Among Milton s best-known works are the classic epic Paradise Lost, Paradise Regained, considered one of the greatest accomplishments in English blank verse, and Samson Agonistes.

Writing during a period of tremendous religious and political change, Milton s theology and politics were considered radical under King Charles I, found acceptance during the Commonwealth period, and were again out of fashion after the Restoration, when his literary reputation became a subject for debate due to his unrepentant republicanism. T.S. Eliot remarked that Milton s poetry was the hardest to reflect upon without one s own political and theological beliefs intruding.