Return form will be sent to your email Id:
Want this item in next 24 hours?
Get an instant SMS with a link to download the Snapdeal App
+91
Please Enter a Valid 10 Digit Number.
Yes, Send Me A Link To The App
GET SMS
SDL346214162
{"SDL346214162":null}
Home
364, 366, 4403, 46105655, ,
/
Books
/
Academic Texts
/
Humanities Books
/
Religious Studies Books
/
Joseph P. Kennedy The Mogul, The Mob, The Statesman, And The Making Of An American Myth
Compare Products
Clear All
Let's Compare!
Selection Error!
You have reached the maximum number of selection. You can select only upto 4 items to compare.
You have already selected this product.
OK
View Order 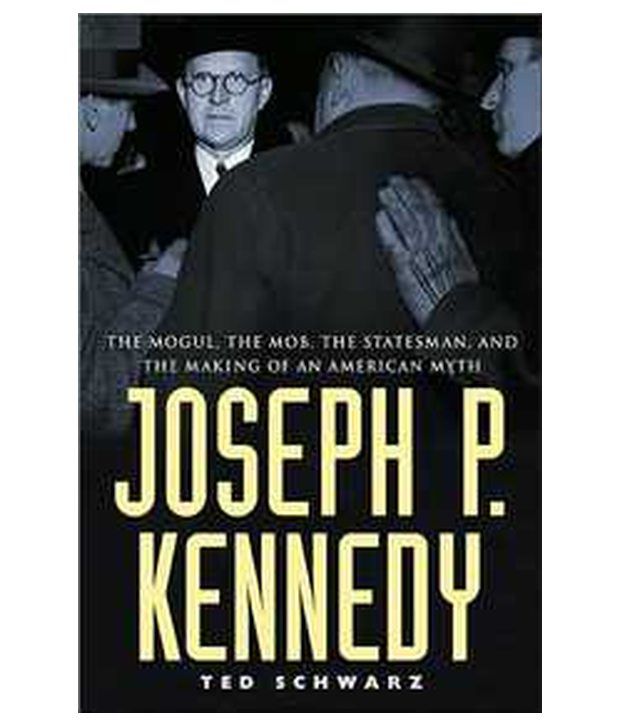 Joseph P. Kennedy The Mogul, The Mob, The Statesman, And The Making Of An American Myth

Advance Praise for Joseph P. Kennedy "Ted Schwarz gives us a darker, and truer, picture of the founding father (and only Kennedy to ever make any money) than the habitual family spinmeisters and hagiographers." "Axel Madsen, author of Gloria and Joe: The Star-Crossed Love Affair of Gloria Swanson and Joe Kennedy What price glory? He is best known as the patriarch of Americas most loved, hated, and talked-about family. Long before the Kennedy name became synonymous with wealth, political idealism, and agonizing tragedy, however, Joe Kennedy was on the move. This unflinching portrait of the man who sired three major twentieth-century political figures introduces copious new information about Joseph Kennedys questionable financial practices, his Hollywood exploits, his tenure as ambassador to Great Britain, and his relationship with organized crime. Drawing on previously untapped sources, author Ted Schwarz provides a rare peek into Joseph Kennedys secret activities and public accomplishments, including: Baseball scams that Kennedy concocted as an adolescent Kennedys cynical manipulation of Franklin Roosevelts son His business dealings with Al Capone Kennedys very public affair with actress Gloria Swanson How he transformed Hollywood studios into product manufacturers His dismal performance as ambassador to Great Britain And much, much more

Joseph P. Kennedy The Mogul, The Mob, The Statesman, And The Making Of An American Myth