Return form will be sent to your email Id:
Want this item in next 24 hours?
Get an instant SMS with a link to download the Snapdeal App
+91
Please Enter a Valid 10 Digit Number.
Yes, Send Me A Link To The App
GET SMS
SDL200131197
{"SDL200131197":null}
Home
217, 129, 3467, ,
/
Home Decoratives
/
Religion & Spirituality
/
Pooja Accessories
/
Kesar Zems Brass Mandir Bell (8 cm x 4 cm x 4 cm, Gold)
Compare Products
Clear All
Let's Compare!
Selection Error!
You have reached the maximum number of selection. You can select only upto 4 items to compare.
You have already selected this product.
OK
View Order 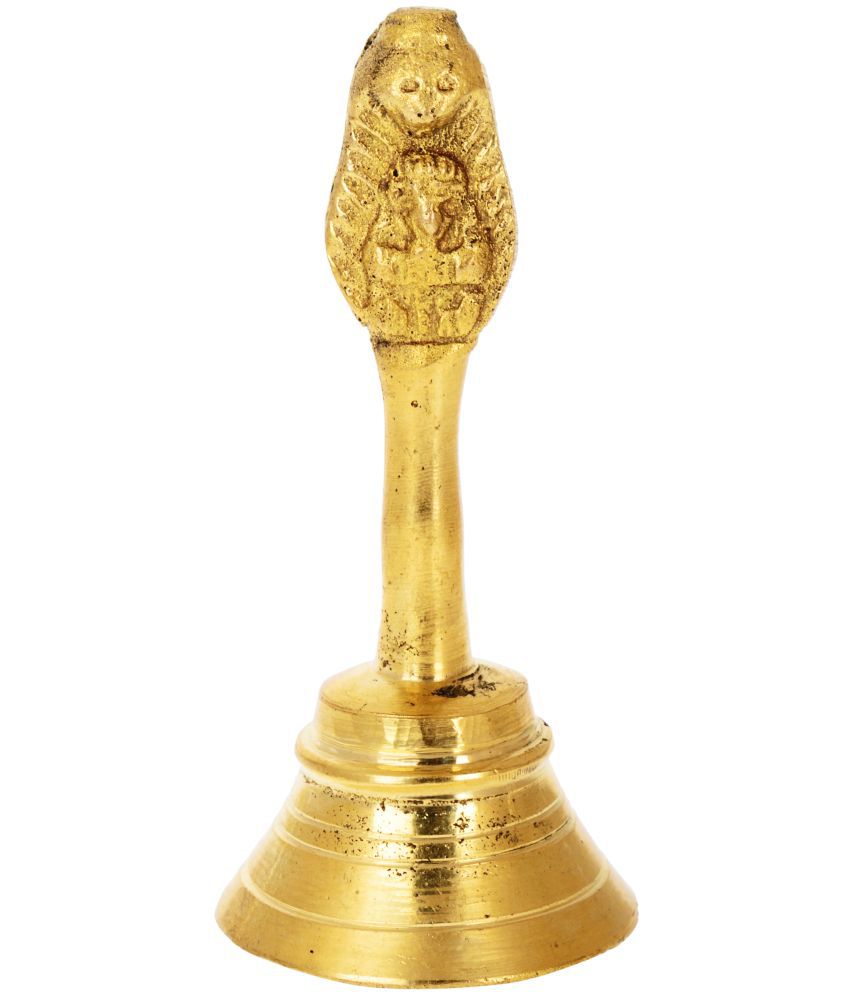 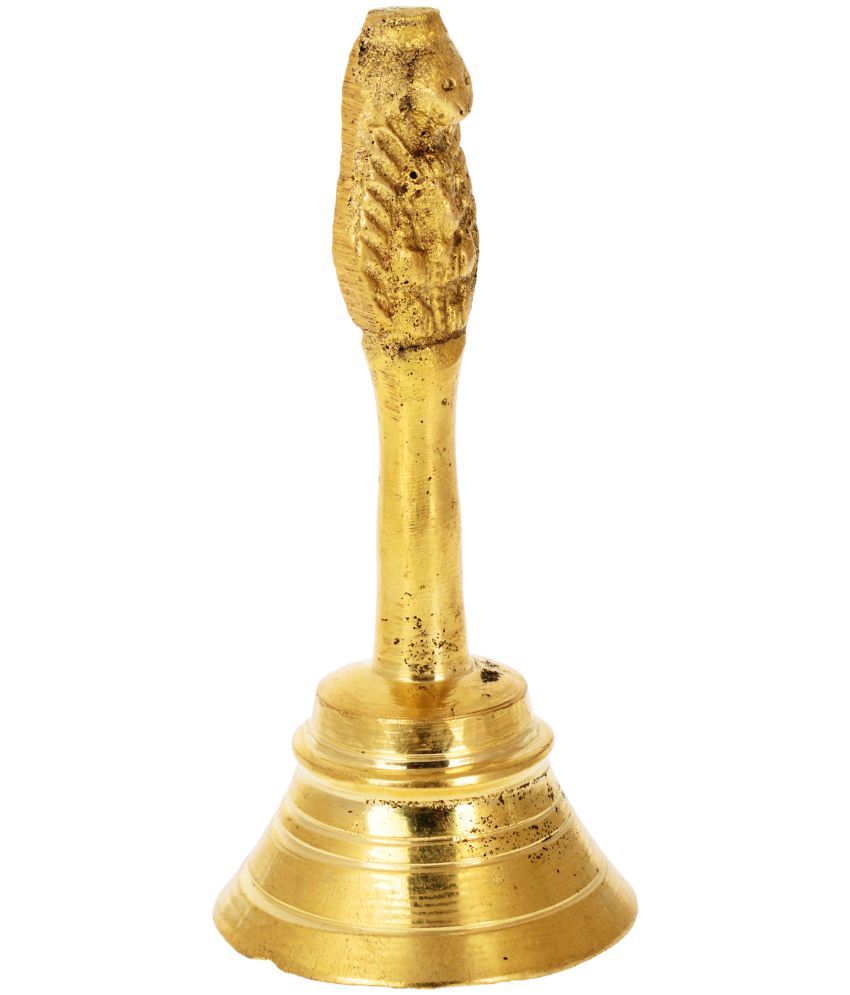 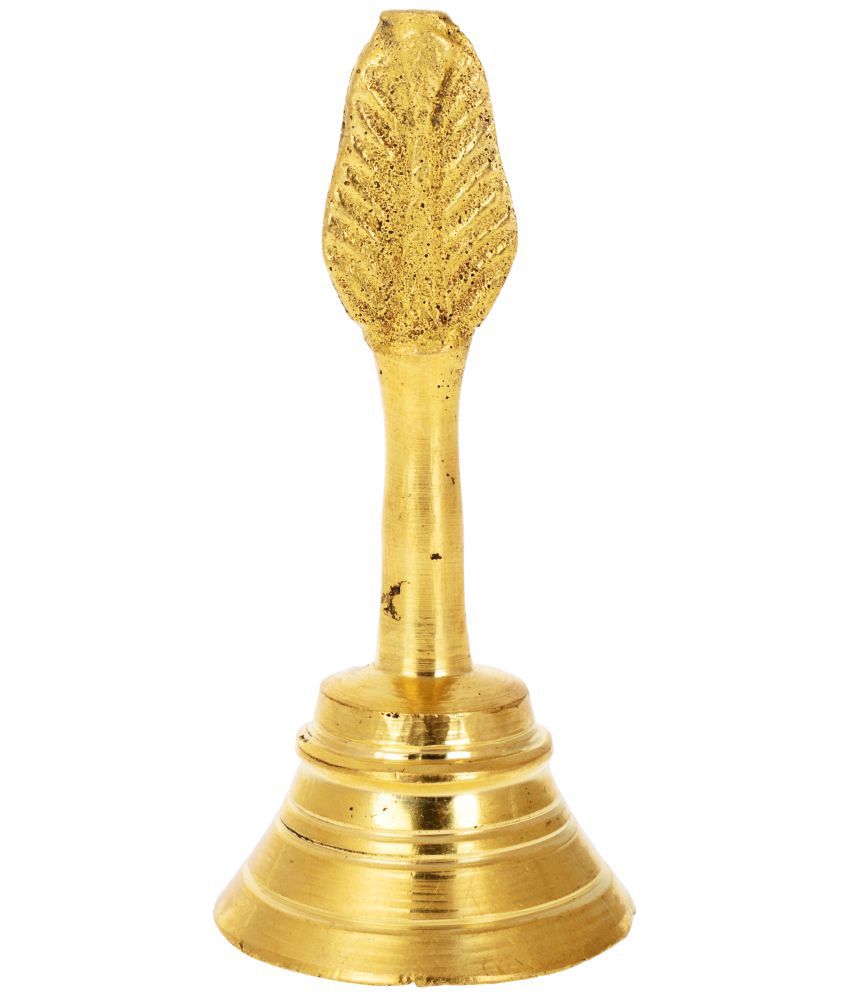 A well-designed ghanta or bell produce long strains of the sound ‘om.’ bell or ghanta is an indispensable part in most hindu pujas. Ghanta is sounded before the actual puja and worship begins. Bells are generally hung at the temple dome in front of the garbhagriha. Generally, devotees ring the bell while entering into the sanctum. It is said that by ringing the bell, the devotee informs the deity of his/her arrival. The sound of the bell is considered auspicious which welcomes gods and removes evil. The sound of the bell is said to disengage mind from ongoing thoughts thus making the mind more receptive. Bell ringing during prayer is said to help in controlling the ever wandering mind and focusing on the deity.The bell (ghanta) is the most commonly used of all musical instruments in tantric buddhist ritual. The sound made by the bells is regarded as very auspicious and is believed to drive out evil spirits from where the ritual is being performed. When the bell is being used with the dorje its use is varied depending on the ritual or the mantras being chanted. During meditation ringing the bell represents the sound of buddha teaching the dharma and symbolizes the attainment of wisdom and the understanding of emptiness. During the chanting of the mantras the bell and dorje are used together in a variety of different ritualistic ways to represent the union of the male and female principles.Disclaimer - descriptions for products are taken from scripture, written and oral tradition. Products are not intended to diagnose, treat, cure, or prevent any disease or condition. We make no claim of supernatural effects. All items sold as curios only. Product colour may vary from picture due to photographic effect.