Sorry! On Women: Selected Writings is sold out. 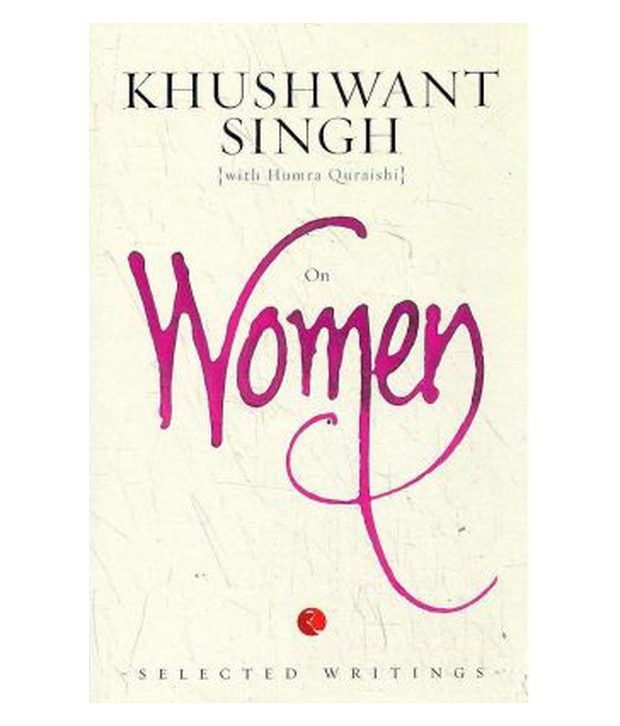 This product has been sold out
serviceCentreDetails
4.3 12 1 (4.3) 12 Ratings 1 Review Have a question?
pay
Rs  170
We will let you know when in stock
notify me
Thank you for your interest

Khushwant Slngh (1915-2014) authored over fifty books including A Train to Pakistan, a two-volume History and Religion of the Sikhs, which is still considered the most authoritative writing on the subject, innumerable collections of short stories and articles as well as translations of Urdu and Punjabi works. He was also the editor of The Illustrated Weekly of India, a Times of India publication. His acerbic pen, his wit and humour, and, most of all, his ability to laugh at himself made him immensely popular. Suddhasattwa Basu is a painter, illustrator and animator. Graduate of the Government College of Art and Craft, Calcutta, he has worked in the Design Unit of Thomson Press and has been closely associated with Target, the children's magazine. His love and keen observation of nature and landscape also find expression in To Live in Magic, a book of nature poems and prayers for children by Ruskin Bond. His cartoon character Ghayab will be seen shortly in a television serial on Doordarshan.