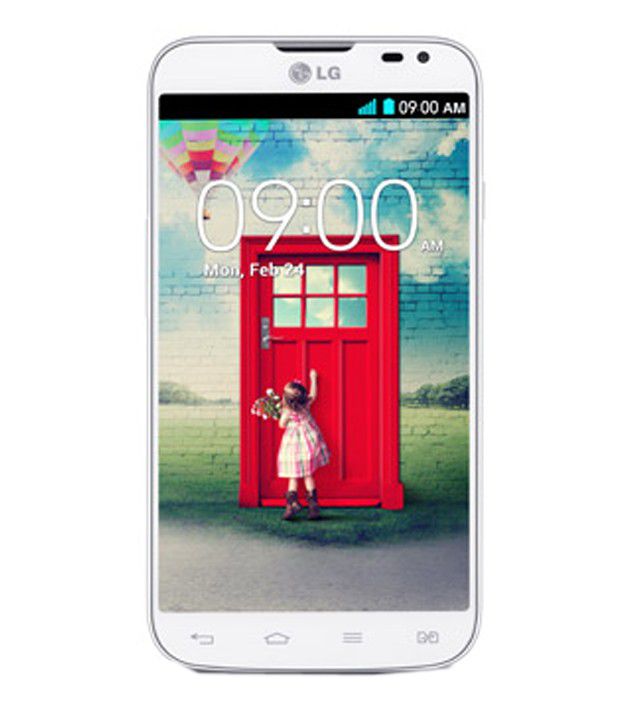 This product has been sold out
http://www.lg.com/in/support/repair-warranty/locate-repair-center serviceCentreDetails
4.5 17 14 (4.5) 17 Ratings 14 Reviews Have a question?
Service Centre Details
pay
Rs  7,974
We will let you know when in stock
notify me
Thank you for your interest

LG has always been striving to make peoples' lives good, as per its motto. In that spirit, it has launched the LG L70 4GB Smartphone. This Android Phone can live up to all the expectations of consumers with the latest technology incorporated in it.

Several pre-installed applications are available on the LG L70 4GB Smartphone so that the user can operate the phone comfortably. The phone runs on Android v4.4 KitKat operating system, which supports multiple languages.

The LG L70 4GB Smartphone is equipped with front and rear cameras. The front camera is of 0.3-megapixel resolution and useful for clicking selfies and taking video calls. The 5-megapixel rear camera has a resolution of 2560 x 1920 pixels. A LED flash is provided alongside to help you take clear pictures even at night. Additional features of this handy smartphone include panorama, geo-tagging and face detection.

The LG User Interface version 3.0 is one of the unique features of this awesome phone. The LG L70 4GB Smartphone has an IPS LCD capacitive touchscreen that exhibits 16 million colours to provide a colourful view, which doesn’t strain the eyes. The Corning Gorilla glass 2 protection for the display helps ensure that this sturdy phone doesn’t suffer any scratches or marks. The 11.4 cm (4.5) screen supports multi-touch and has a display resolution of 480 x 800 pixels, with a pixel density of 207 ppi.

The feature-rich phone is equipped with a high capacity 2100 mAH Lithium-ion battery. The battery provides a talk time of up to 4 hours and 40 minutes and a standby time of up to 390 hours.

The LG L70 4GB Smartphone is a dual SIM phone. It supports the 3G/WCDMA networks along with GSM services. The Bluetooth-enabled phone also has e-mail, Wi-Fi and USB connectivity.

The internal memory of the LG L70 4GB Smartphone is 4GB, which can be expanded up to 32GB. The phone supports the use of a micro SD card.

The LG L70 4GB Smartphone is aided with special seniors, such as an accelerometer and proximity sensors. One can use the 3.5 mm audio jack to listen to music stored on the phone or played on the FM radio stations.

The processor used in LG L70 4GB Smartphone is a Qualcomm MSM8210 Snapdragon 200 with 1 GB RAM. The Cortex-A7 processor operates at a speed of 1.2GHz.

This lightweight phone weights 126.6 grams and is designed for ease of use and carrying. The LG L70 4GB Smartphone is designed for a comfortable user experience, with overall dimensions of 127.2 x 66.8 x 9.5 mm.