Return form will be sent to your email Id:
Want this item in next 24 hours?
Get an instant SMS with a link to download the Snapdeal App
+91
Please Enter a Valid 10 Digit Number.
Yes, Send Me A Link To The App
GET SMS
SDL441175582
{"SDL441175582":null}
Home
217, 129, 3467, ,
/
Home Decoratives
/
Religion & Spirituality
/
Pooja Accessories
/
MNA Stone Shankh
Compare Products
Clear All
Let's Compare!
Selection Error!
You have reached the maximum number of selection. You can select only upto 4 items to compare.
You have already selected this product.
OK
View Order 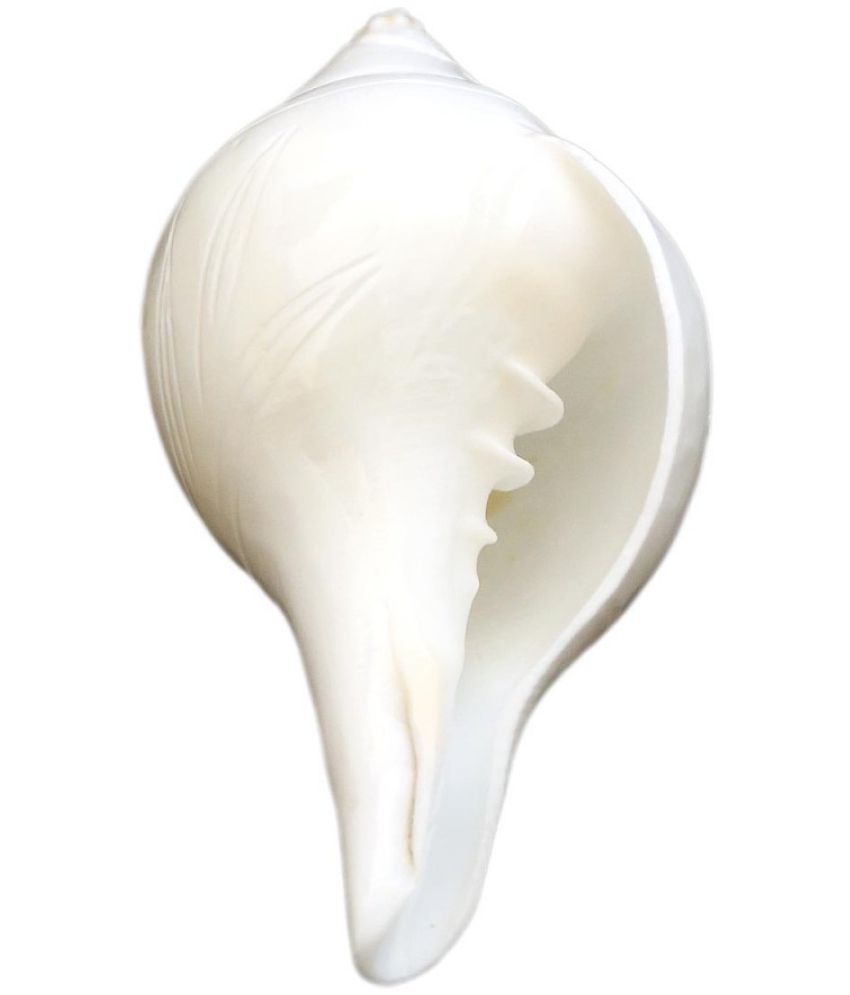 DIVINE NATURAL BLOWING/POOJA CONCH / POOJA/BAJANE WALA SHANKH Shankh for blowing during Aarti and Pujas. Real conch shell for your altar and deity temples. Other uses of this shankh: • Sprinkling water during Aarti. • For offering Gangajal. The shankha is a sacred emblem used as a trumpet in Hindu ritual, and in the past was used as a war trumpet. The shankha is praised in Hindu scriptures as a giver of fame, longevity and prosperity, the cleanser of sin and the abode of Lakshmi, who is the goddess of wealth and consort of Vishnu. The shankha is displayed in Hindu art in association with Vishnu. As a symbol of water, it is associated with female fertility and serpents (Nagas). Dimensions: 5 inches (H) x 3 inches (W) Weight: 220gms Shankha's significance is traced to the nomadic times of the animists who used the sound emanating from this unique shell to drive away evil demons of whom they were scared. Over the centuries, the shankha was adopted as one of the divine symbols of Hinduism. The sound of the shankha symbolises the sacred Om sound. Vishnu holding the conch represents him as the god of sound. Brahma Vaivarta Purana declares that shankha is the residence of both Lakshmi and Vishnu, bathing by the waters led through a shankha is considered as like bathing with all holy waters at once. Sankha Sadma Purana declares that bathing an image of Vishnu with cow milk is as virtuous as performing a million yajnas (fire sacrifices), and bathing Vishnu with Ganges river water frees one from the cycle of births. It further says ""while the mere sight of the conch (shankha) dispels all sins as the Sun dispels the fog, why talk of its worship?"" Padma Purana asserts the same effect of bathing Vishnu by Ganges water and milk and further adds doing so avoids evil, pouring water from a shankha on one's own head before a Vishnu image is equivalent to bathing in the pious Ganges river. In Buddhism, the conch shell has been incorporated as one of the eight auspicious symbols, also called Ashtamangala. The shankh is used in two ways in a puja ritual. One for blowing before the start of ritual and other for actual puja ritual. The shankh which is used for blowing should not be kept for puja. Blowing of shankh has special significance in puja ritual. It has been mentioned in ‘Varaha Puran’ that one should not open the door of temple without first blowing the shankh. The left turned shankh is blown before the start of puja or performance of arti. There are three types of frequencies in the atmosphere namely sattva dominant, raja dominant and tama dominant. Among them the raja dominant and tama dominant frequencies generate distressing vibrations. The sattva dominant frequencies get attracted to the place of puja ritual but these frequencies are opposed by the raja and tama dominant frequencies so that they do not reach the place of puja and thus the flow of sattva frequencies is hindered. When the shankh is blown before the start of puja energy is emitted from the shankh. This energy reduces the strength of distressing frequencies. Besides a protective armour of chaitanya (divine consciousness) is formed around the articles of puja.