Return form will be sent to your email Id:
Want this item in next 24 hours?
Get an instant SMS with a link to download the Snapdeal App
+91
Please Enter a Valid 10 Digit Number.
Yes, Send Me A Link To The App
GET SMS
SDL416688917
{"SDL416688917":null}
Home
364, 365, 46102001, ,
/
Books
/
Fiction Books
/
Fantasy Books
/
Nagaon Ka Rahasaya
Compare Products
Clear All
Let's Compare!
Selection Error!
You have reached the maximum number of selection. You can select only upto 4 items to compare.
You have already selected this product.
OK
View Order 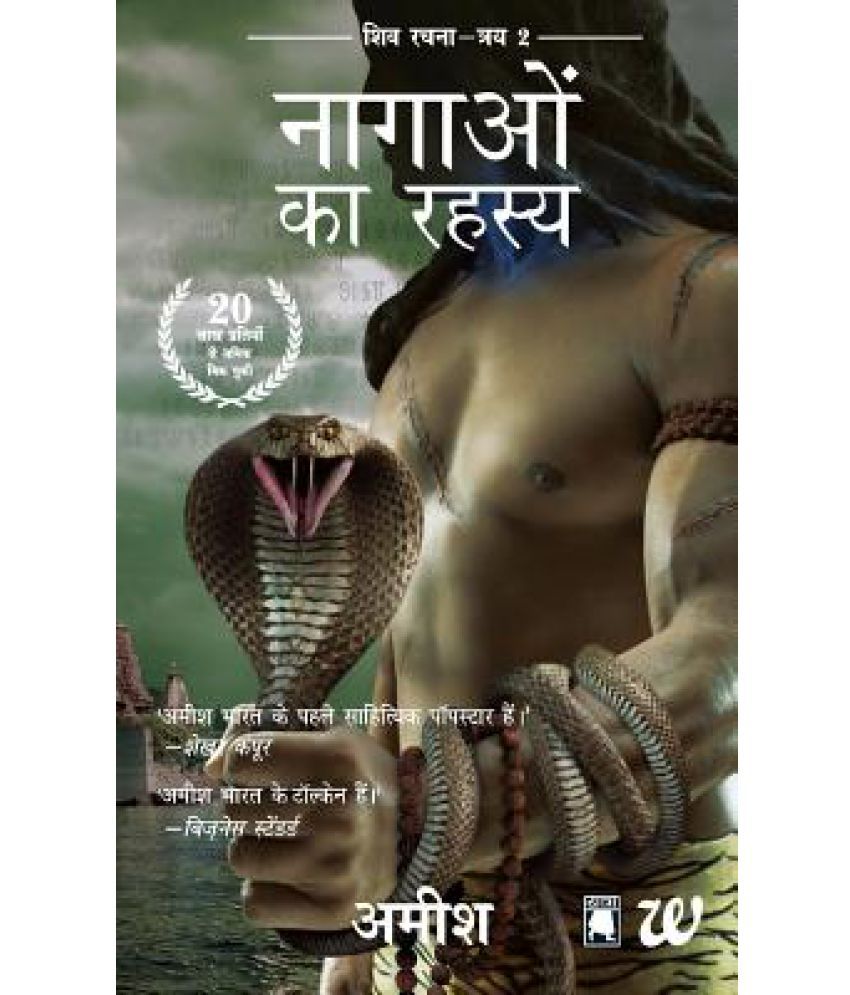 Working on the hypothesis that Shiva, now revered as a God, was just a man 4000 years ago. The second book in Shiva trilogy, Nago Ka Rahasya – Hindi, available at Snapdeal, picks this fiction story up after an unknown Naga warrior has killed his friend Brahaspati. The Naga now stalks his wife Sati, and Shiva, the immigrant who is the prophesied destroyer of evil, sets out to fins his demonic adversary. His quest leads him to the Nagas, the serpent people.

Evil is threatening mankind, and a kingdom is dying because of the slavery to a miracle drug. The Vasudevs, Shiva's guides leave him feeling betrayed, and the perfect empire, Meluha is labouring under the secret of Maika, the city of births. A hidden foe, and many secrets face him and he must overcome them to save humanity.

A 36 year old banker, and an alumnus from IIM (Kolkata) Amish Tripathi makes his entry into the literary world with the Shiva trilogy, a set of three books which have captured the imagination of the readers. Passionate about history, mythology and philosophy he has brought them together in these books to spin a tale of faith and love which grips the reader from the first page to the last!