Return form will be sent to your email Id:
Want this item in next 24 hours?
Get an instant SMS with a link to download the Snapdeal App
+91
Please Enter a Valid 10 Digit Number.
Yes, Send Me A Link To The App
GET SMS
SDL612368384
{"SDL612368384":null}
Home
364, 385, 4549, ,
/
Books
/
Reference Books
/
Dictionaries
/
Official Noting & Drafting (Eng-Hindi)
Compare Products
Clear All
Let's Compare!
Selection Error!
You have reached the maximum number of selection. You can select only upto 4 items to compare.
You have already selected this product.
OK
View Order 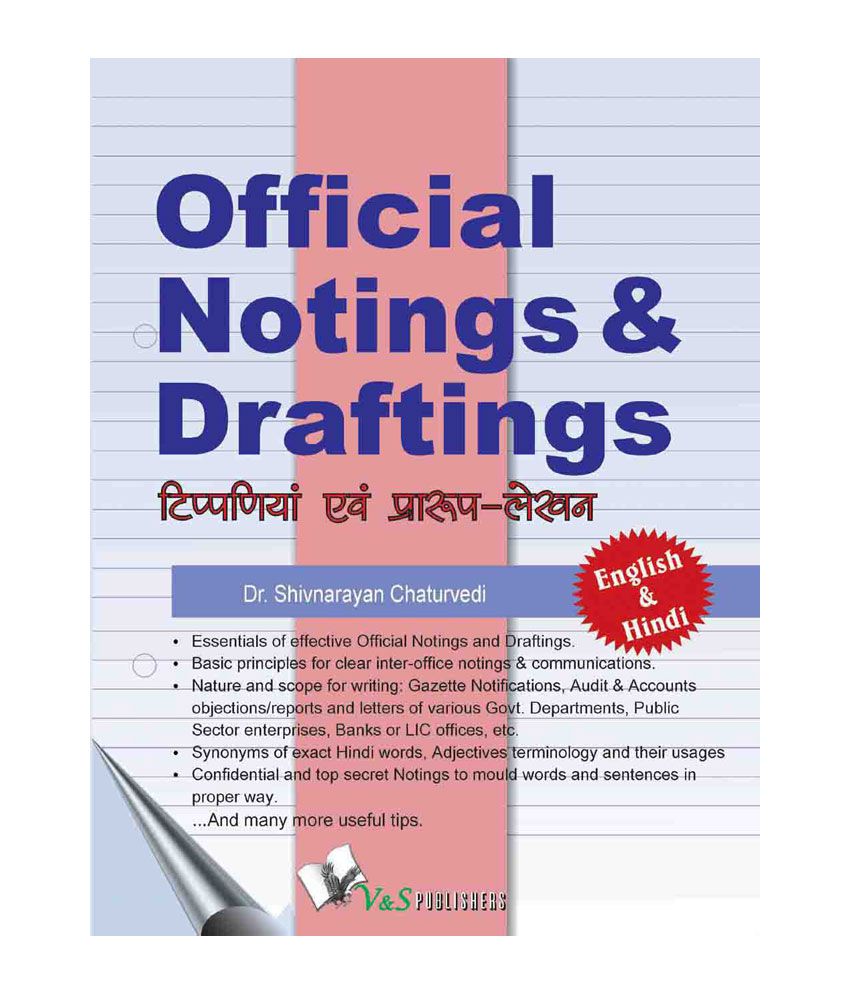 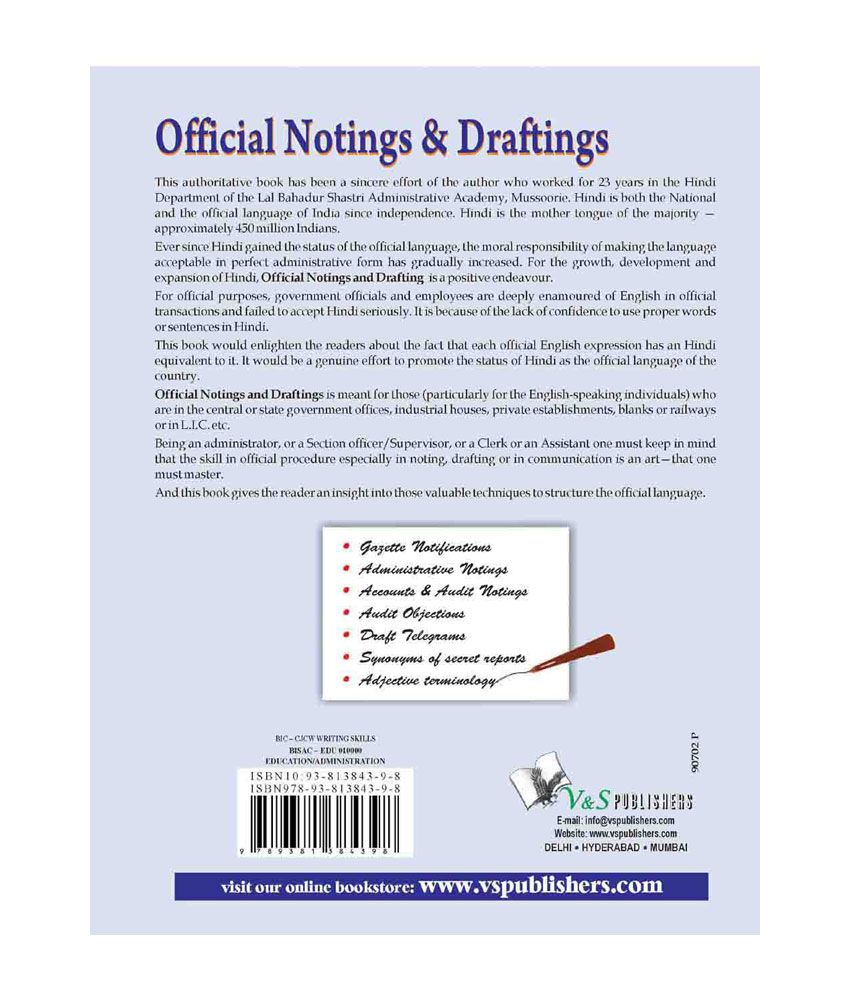 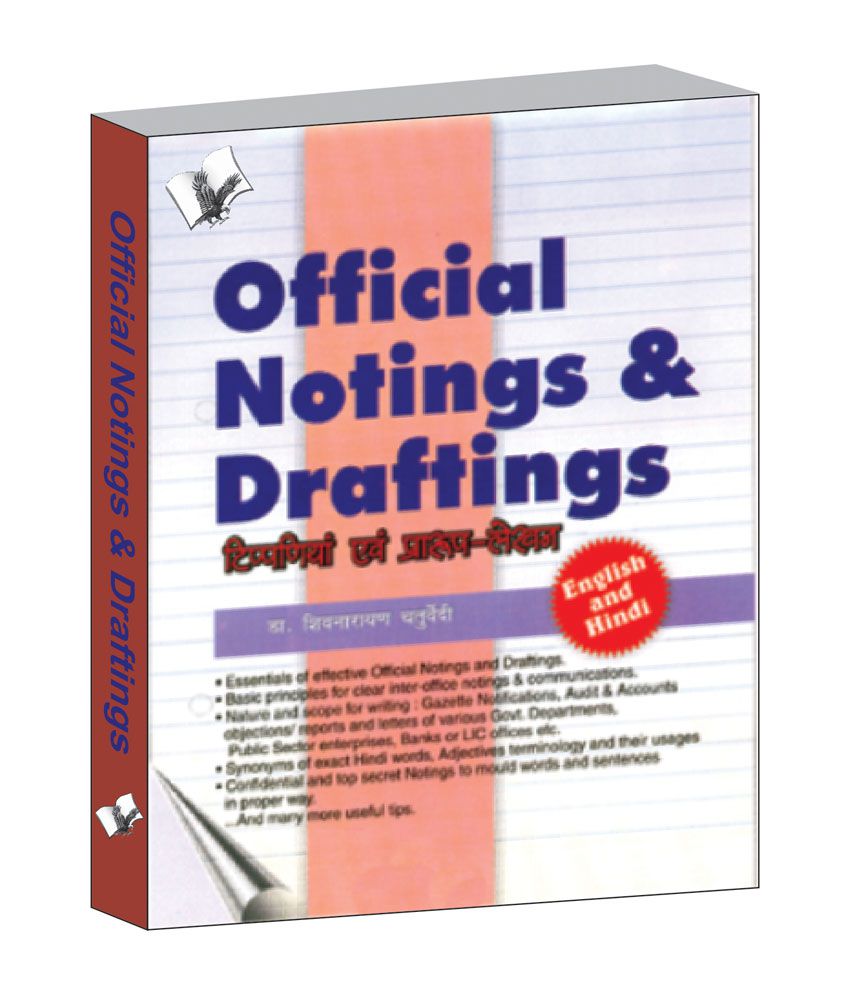 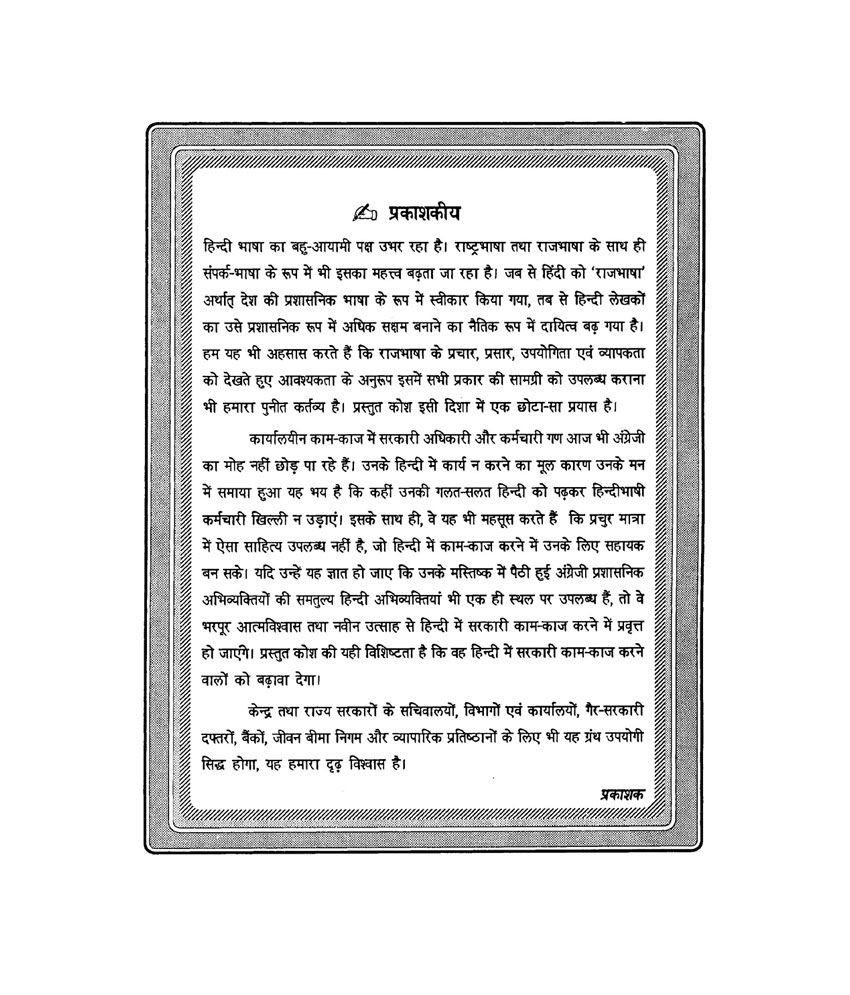 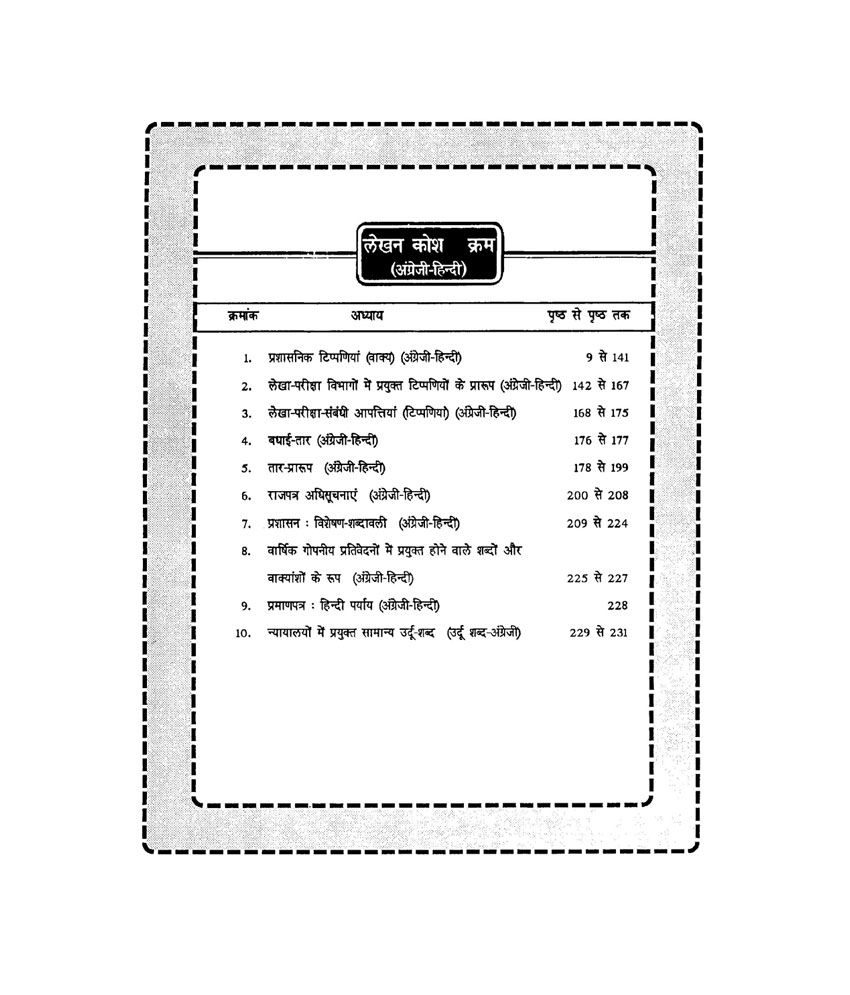 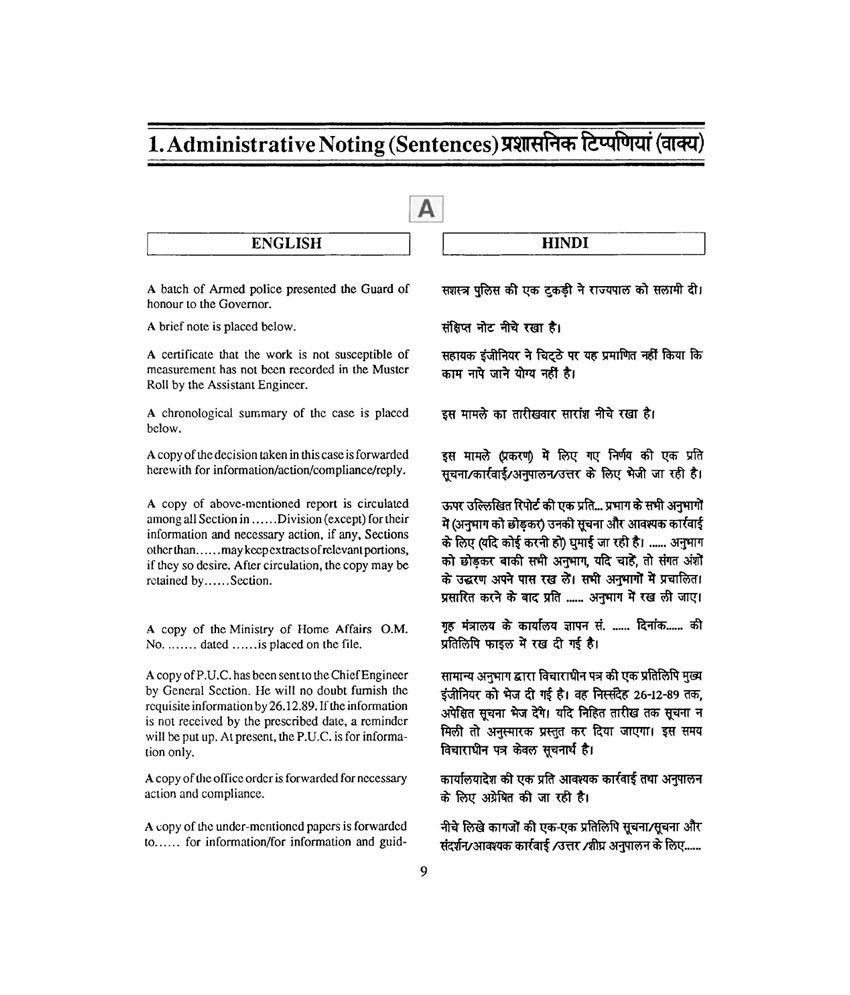 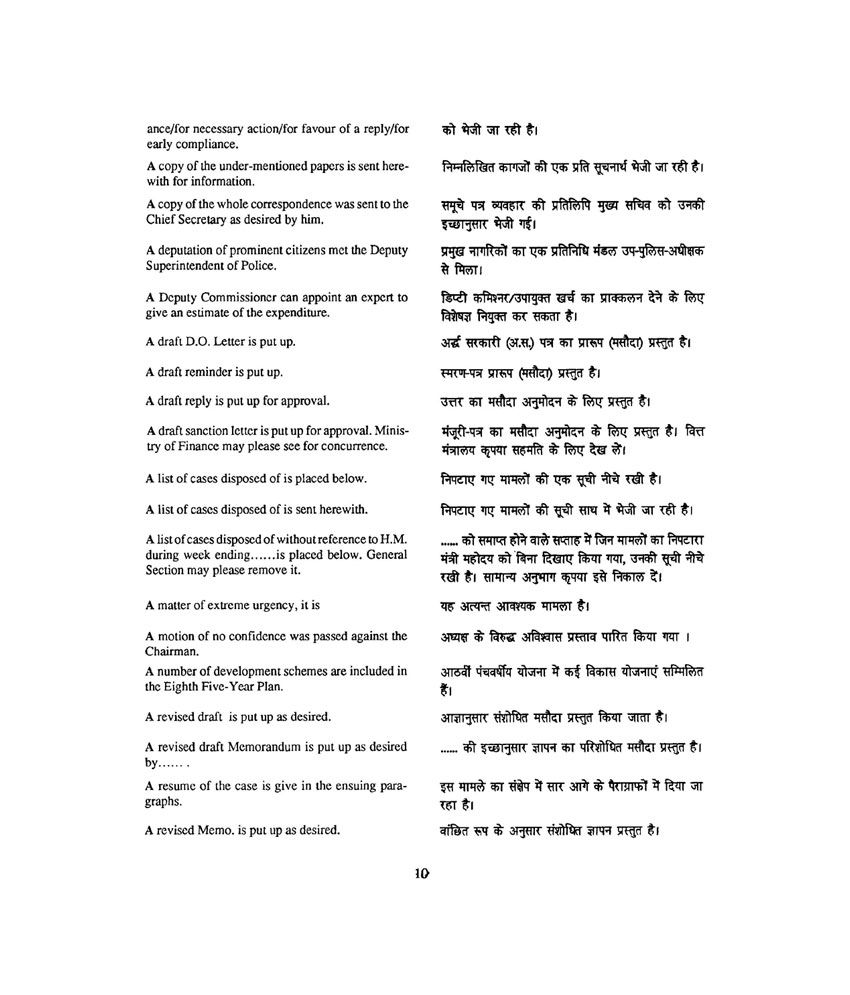 Ever since HND gained the status of the official language ,the moral responsibility of making the language acceptable in perfect administrative form has gradually increased. For the growth, development and expansion of HND, this book is a positive endeavour. As for official purposes, Government officials and employees are deeply enamoured of English in official transactions and failed to accept HND seriously. It is because of a lack of confidence to use proper words or sentences in HND. This book would enlighten the readers about the fact that each official English expression has an HND equivalent to it. The book is meant for those (particularly for English speaking individuals) who are in government offices, industrial houses, corporate business, private establishments, banks, railways or LIC, etc where the need to communicate in HND arises from time to time. The book offers the reader valuable techniques on how to structure the language. Salient features include: *Gazette Notifications. *Administrative Notings. *Accounts & Audit Notings & Objections. *Draft Telegrams. *Synonyms of Secret Reports. *Adjective Terminology. And many more useful tips. #v&spublishers