Return form will be sent to your email Id:
Want this item in next 24 hours?
Get an instant SMS with a link to download the Snapdeal App
+91
Please Enter a Valid 10 Digit Number.
Yes, Send Me A Link To The App
GET SMS
SDL017304344
{"SDL017304344":null}
Home
364, 4362, 4478, ,
/
Books
/
Non Fiction Books
/
Business, Investing & Management Books
/
One Up On Wall Street (English, Paperback, Lynch Peter)
Compare Products
Clear All
Let's Compare!
Selection Error!
You have reached the maximum number of selection. You can select only upto 4 items to compare.
You have already selected this product.
OK
View Order 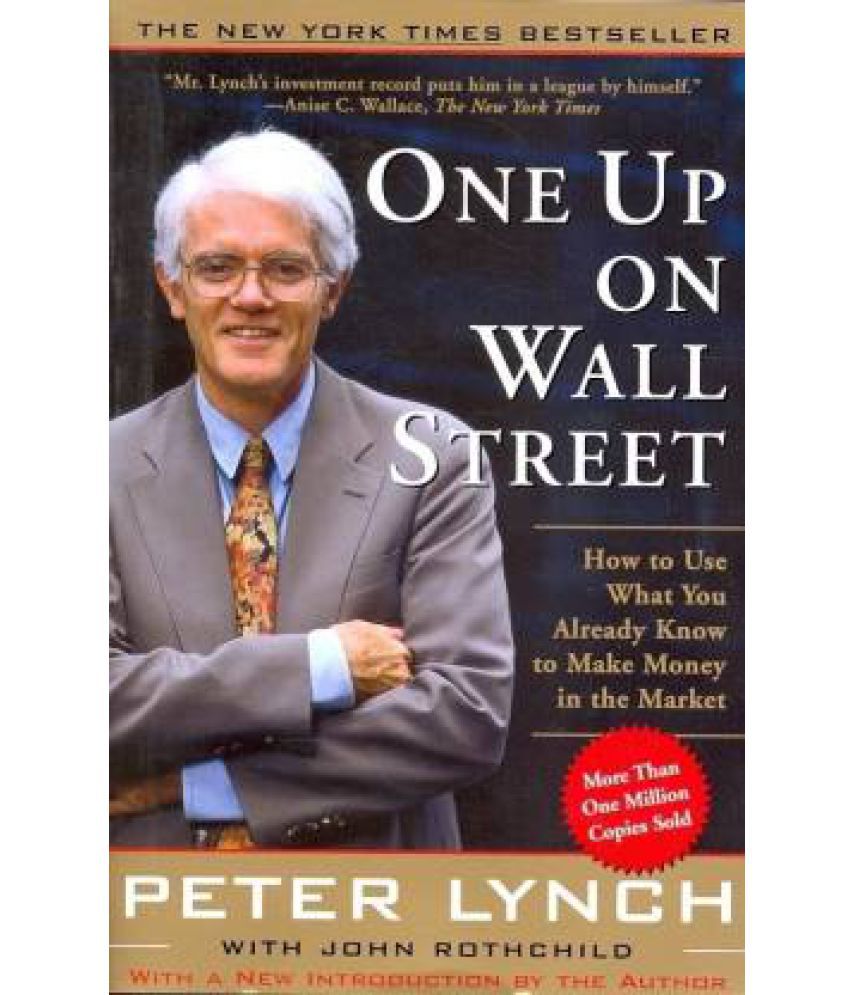 One Up On Wall Street (English, Paperback, Lynch Peter)

One Up on Wall Street, written by Peter Lynch with John Rothchild, is a bestselling book that discusses how to use what you already know to make money in the market. It serves as an extensive guide for investors.

Peter Lynch is America's most famous money manager who asserts that average investors can become specialists in their own fields. He says that they can choose winning stocks as competently as Wall Street experts by do, only if they do a bit of their research. In this edition of One Up on Wall Street with a new introduction, Lynch says that by merely observing business progresses and keenly noticing our immediate world, we can determine potentially prosperous enterprises even before skilled and trained analysts do. Lynch was the former star manager of Fidelity's multibillion-dollar Magellan Fund, and he explains in this book how he achieved his spectacular numbers by sharing his own experiences. He proposes easy-to-follow instructions for categorizing the long shots and the no shots by studying a company's financial reports and by specifically being aware of the numbers that really matter. Written with John Rothchild, Lynch’s insights prove to be the best guidelines for investors to do exceedingly well in the ever-changing market.

Peter Lynch is the esteemed Vice Chairman of Fidelity Management & Research Company and one among the Board of Trustees of the Fidelity funds. He has co-authored, with John Rothchild, some of the bestselling works like Beating the Street and Learn to Earn. He currently lives in the Boston, United States.

John Rothchild was associated with Time and The New York Times Book Review. He has also penned A Fool and His Money. He currently lives in Miami Beach, Florida.

One Up On Wall Street (English, Paperback, Lynch Peter)