Return form will be sent to your email Id:
Want this item in next 24 hours?
Get an instant SMS with a link to download the Snapdeal App
+91
Please Enter a Valid 10 Digit Number.
Yes, Send Me A Link To The App
GET SMS
SDL924740602
{"SDL924740602":null}
Home
364, 4362, 4497, ,
/
Books
/
Non Fiction Books
/
History & Politics Books
/
The Open Door
Compare Products
Clear All
Let's Compare!
Selection Error!
You have reached the maximum number of selection. You can select only upto 4 items to compare.
You have already selected this product.
OK
View Order 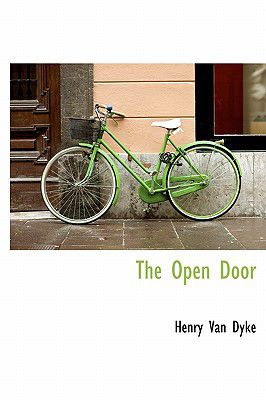 Henry van Dyke was an American religious writer, lecturer, and clergyman. Educated at the Theological Seminary at Princeton University, van Dyke returned to the school after his graduation as a Professor of English Literature and became an elected member of the American Academy of Arts and Letters. In 1913 he was appointed by President Woodrow Wilson, his former classmate, as the ambassador to the Netherlands and Luxembourg, a job that he maintained throughout the First World War. His most famous short stories include "The Story of the Other Wise Man" and "The First Christmas Tree," which, like many of his other works, centered around moral and religious themes. After a lifetime of public service and religious leadership, Henry van Dyke died in 1933 at the age of 80.