Return form will be sent to your email Id:
Want this item in next 24 hours?
Get an instant SMS with a link to download the Snapdeal App
+91
Please Enter a Valid 10 Digit Number.
Yes, Send Me A Link To The App
GET SMS
SDL834749734
{"SDL834749734":null}
Home
364, 4362, 4497, ,
/
Books
/
Non Fiction Books
/
History & Politics Books
/
The Paradox of Progressive Thought
Compare Products
Clear All
Let's Compare!
Selection Error!
You have reached the maximum number of selection. You can select only upto 4 items to compare.
You have already selected this product.
OK
View Order 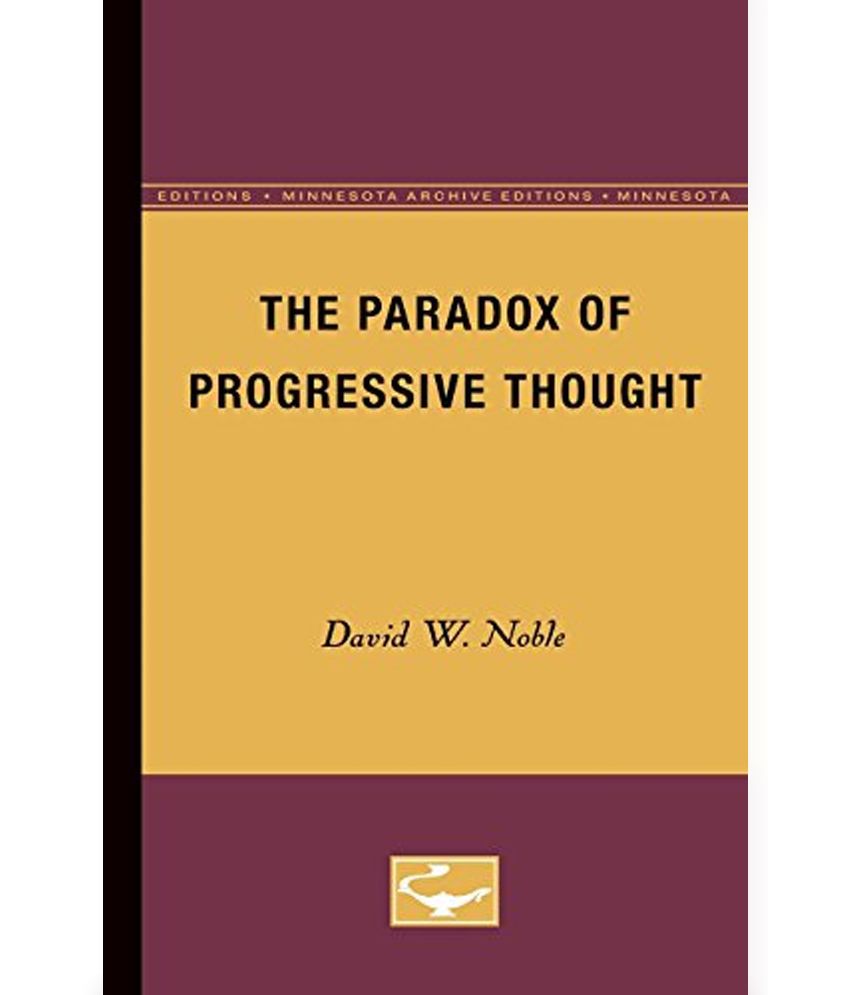 The Paradox of Progressive Thought

"The Paradox of Progressive Thought " was first published in 1958. Minnesota Archive Editions uses digital technology to make long-unavailable books once again accessible, and are published unaltered from the original University of Minnesota Press editions.

This book describes and analyzes an important aspect of American intellectual history, the climate of opinion in which nine leaders of progressive thought in America in the late nineteenth and early twentieth centuries were important creators and spokesmen. By closely examining the central ideas of these men, Professor Noble presents an illuminating view of a significant phase of the liberal tradition in America. At the same time, he questions many of the generally accepted views about the philosophical basis of traditional liberalism and demonstrates the paradox of progressive thought.

The social philosophers whose writings and teachings he scrutinizes are Herbert Croly, long-time editor of the "New Republic; " James Mark Baldwin, psychologist and philosopher; Charles H. Cooley, author of "Social Organization; " F. H. Johnson, theologian whose name was linked with Darwinism; Henry Demarest Lloyd, reformer and newspaperman who attacked the evils of monopoly in his book "Wealth and Commonwealth; " Richard T. Ely, economist and early advocate of Christian socialism; Simon N. Patten, whose work "The Premises of Political Economy "lifted him to fame; Thorstein Veblen, whose "Theory of the Leisure Class "is a household word today; and Walter Rauschenbusch, the Baptist clergyman who wrote "Christianity and the Social Crisis "and "Christianity and the Social Order." In addition, there is extensive consideration of the thought and influence of Carl L. Becker, the noted historian and analyst of thought and philosophy in action.

Minnesota Archive Editions uses digital technology to make long-unavailable books once again accessible to scholars, students, researchers, and general readers. Rich with historical and cultural value, these works are published unaltered from the original University of Minnesota Press editions. The books offered through Minnesota Archive Editions are produced in limited quantities according to customer demand and are available through select distribution partners.

The Paradox of Progressive Thought