Return form will be sent to your email Id:
Want this item in next 24 hours?
Get an instant SMS with a link to download the Snapdeal App
+91
Please Enter a Valid 10 Digit Number.
Yes, Send Me A Link To The App
GET SMS
SDL896699821
{"SDL896699821":null}
Home
6, 2429, 46139174, ,
/
Jewellery
/
Fashion Jewellery
/
Gemstones & Diamonds
/
proaom Solution 3.25 -Ratti IGL&I White Pearl Semi-precious Gemstone
Compare Products
Clear All
Let's Compare!
Selection Error!
You have reached the maximum number of selection. You can select only upto 4 items to compare.
You have already selected this product.
OK
View Order 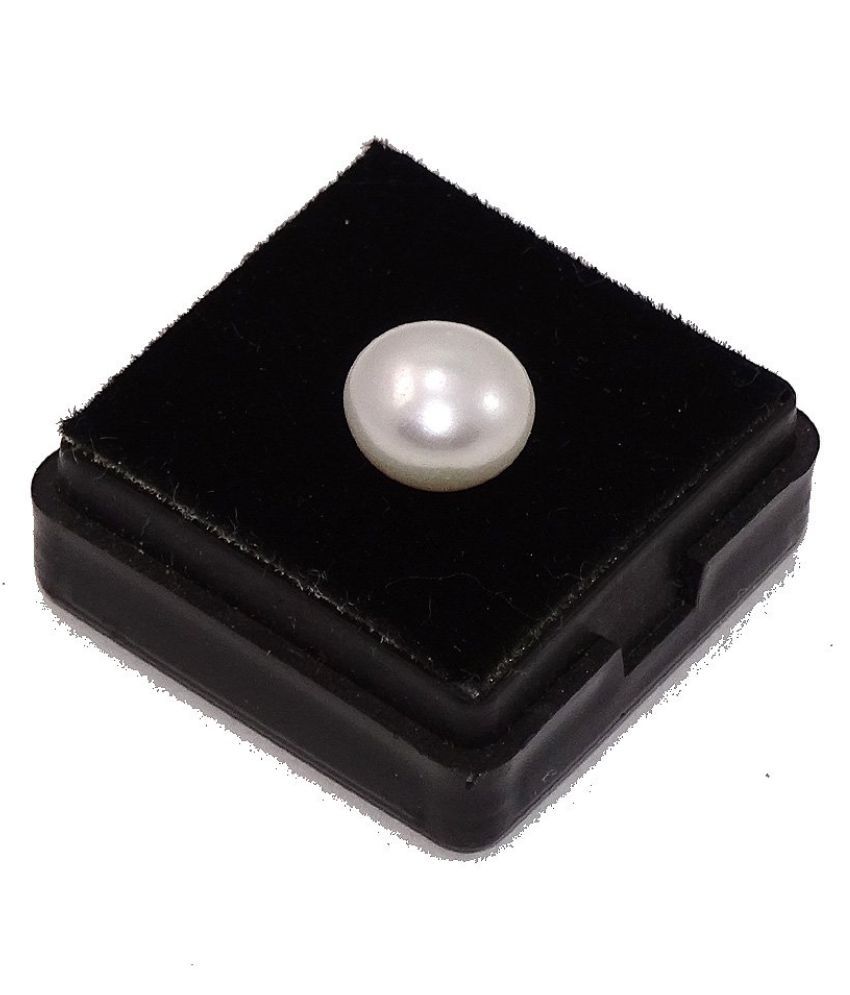 Product Type: Pearl weight: carats clarity: Opaque Color: White origin: India content: 1 shape: Round Size: mm treatment: untreated See thebirthstone tables for additional references to this stone. Fresh water pearls are given on the 1st wedding anniversary. Pearls are also given on the 3rd, 12th and 30th anniversaries. An organic gem, pearls are formed inside mollusks such as oysters and mussels. They are formed when an irritant such as a tiny stone or bit of sand gets inside the mollusk's shell. A lustrous substance, called nacre, is secreted around the object to protect the soft internal surface of the mollusk. As layer upon layer of nacre coats the irritant, a pearl is formed. Light that is reflected from these overlapping layers produces a characteristic iridescent luster. This process of building a solid pearl can take up to seven or eight years. The most valuable pearls are perfectly symmetrical, relatively large and naturally produced. They have a shimmering iridescence which is called orient luster. The principal oyster beds lay in the Persian Gulf, along the coasts of India and Sri Lanka, and in the Red Sea. Chinese pearls come mainly from freshwater rivers and ponds, whereas Japanese pearls are found near the coast in salt water. There are many types of pearls: natural pearls (made without human interference), cultured pearls (made when a foreign substance is intentionally inserted into a living oyster. This method was first used in 1893),