Return form will be sent to your email Id:
Want this item in next 24 hours?
Get an instant SMS with a link to download the Snapdeal App
+91
Please Enter a Valid 10 Digit Number.
Yes, Send Me A Link To The App
GET SMS
SDL666029626
{"SDL666029626":null}
Home
364, 4362, 4497, ,
/
Books
/
Non Fiction Books
/
History & Politics Books
/
Race and Citizen Identity in the Classical Athenian Democracy
Compare Products
Clear All
Let's Compare!
Selection Error!
You have reached the maximum number of selection. You can select only upto 4 items to compare.
You have already selected this product.
OK
View Order 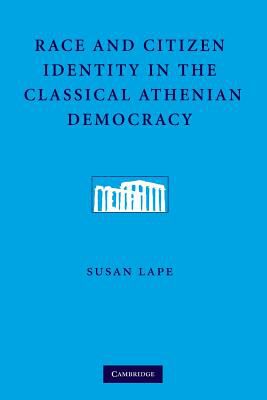 Race and Citizen Identity in the Classical Athenian Democracy

In Race and Citizen Identity in the Classical Athenian Democracy, Susan Lape demonstrates how a race ideology grounded citizen identity. Although this ideology did not manifest itself in a fully developed race myth, its study offers insight into the causes and conditions that can give rise to race and racisms in both modern and pre-modern cultures. In the Athenian context, racial citizenship emerged because it both defined and justified those who were entitled to share in the political, symbolic, and socioeconomic goods of Athenian citizenship. By investigating Athenian law, drama, and citizenship practices, this study shows how citizen identity worked in practice to consolidate national unity and to account for past Athenian achievements. It also considers how Athenian identity narratives fueled Herodotus and Thucydides understanding of history and causation."

Susan Lape is Associate Professor of Classics at the University of Southern California. She is the author of Reproducing Athens: Menander's Comedy, Democratic Culture and the Hellenistic City.

Race and Citizen Identity in the Classical Athenian Democracy